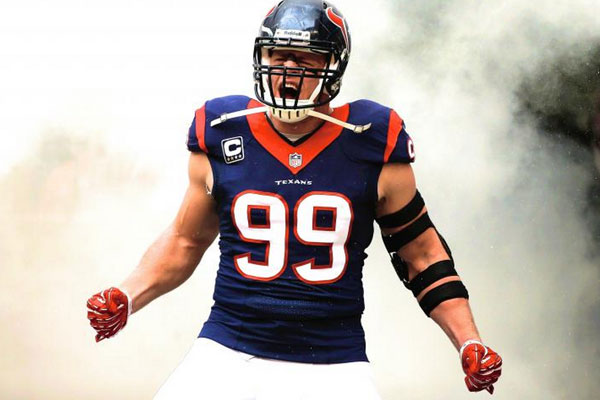 Week 12 of the NFL season finishes up on Monday with an AFC South showdown. The Tennessee Titans make the trip to NRG Stadium to take on the Houston Texans.

The home team has won the last five games played between the two teams.

The Tennessee Titans had finally looked like they had turned around their season winning two games in a row including a huge win over the New England Patriots.

On Sunday they went to play the Colts though and it was ugly. A defense that has been good all year let them down giving up 38 points, and the offense couldn’t get much going and that led to the loss.

One thing to watch coming into this game is the Status of Marcus Mariota. He left the game against the Colts with an elbow injury and it’s unclear if he can go in this game.

If he can’t go it will be Blaine Gabbert who is in charge. So far this season he has thrown for 360 yards, two touchdowns and an interception.
Check out the free College football picks from Cappers Picks experts today!
On the defensive side of the ball the Titans have been good most of the year, and they need to be better in this game to get the job done.

They can’t let this game into a shootout, no matter who is starting at quarterback for the Titans they won’t have a chance to win.

On the other side of this matchup is the Houston Texans who got off to a slow start to the season, but are playing a lot better having won seven games in a row.

In their last two games they have won by two points in each of them, but it doesn’t matter how you win them, a win is a win.

For the Texans they are solid on both sides of the ball. They are currently averaging 23.9 points per game while giving up 20.5 points.

On paper this defense isn’t as good as the Titans, but they seem to make the big plays when it matters most to come out with a win.

In this game they need a strong game from Deshaun Watson. If he is strong and don’t turn the ball over, he should be in good shape and the team should come out with a victory.

I think the Titans were exposed in their last game, and they will really struggle in this game.
NFL Free Week 12 Score Prediction: Texans 31 – Titans 17

Look for the Texans to win this game and cover the spread.

If you’re looking for more NFL picks like this Tennessee Titans vs. Houston Texans matchup we’ll be providing 4* free NFL predictions on the blog all season long, and check out our Experts for guaranteed premium & free NFL Football picks!