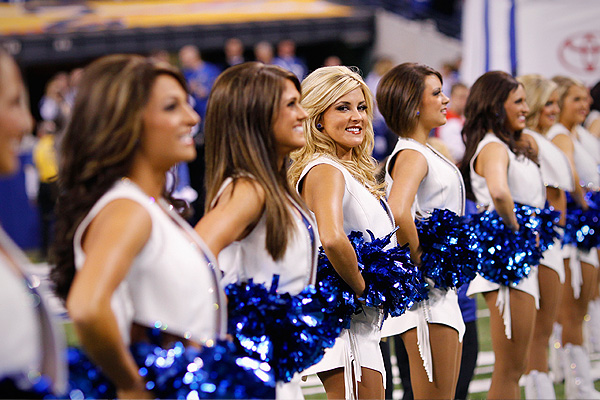 The Colts and Bucs enter Sunday’s contest with identical 5-5 records.

The only difference between the two teams’ 5-5 marks is that the Colts sit in first place in their division and the Bucs sit in 3rd.

Indianapolis will look to take sole possession of first place over while Bucs try to get even with Atlanta for a Wild Card position on Sunday.

Tampa bay comes in off their most impressive victory of the season with a route of the Philadelphia Eagles in Phili on Sunday.

QB Jameis Winston played the best game of his rookie season as he threw for 5 touchdowns in a 45-17 route.

Winston has brought the Bucs back from the dead with wins in 4 of their last 6 games as they trail Atlanta for the final Wild Card spot by just one game.

Winston can thank the run game last week for it’s big performance. Doug Martin rushed for 235 and the team ran for 283. The giant push from the run game opened a lot of gaps down field for Winston to pick apart.

Doug Martin will look for at least 59 yards come Sunday which would put him over the 1000 mark on the season. It would be the first time since 2012 Martin has rushed for 1000+ yards.

With Andrew Luck sidelined, the 40 year old Matt Hasselbeck is making his mark in what could be his last go round in the NFL.

Hasselbeck is now 3-0 as a starter this season, as he and the Colts upset the Vikings inside the Georgia Dome last week 24-21. With the win, the Colts held onto first place by virtue of a tiebreaker with the Houston Texans.

The Colts return home to Lucas Oil Stadium, a place that hasn’t been that friendly to them. Indianapolis is just 2-3 SU and 2-3 ATS inside Lucas Oil as they’re scoring a mere 19.6 points per game.

Left tackle Anthony Castonzo is listed as questionable for Sunday’s contest with and MCL Sprain that he suffered in the 4th quarter last week.

Grabbing a field goal here is where the value sits. The Bucs are hot right now and with the way their running game is clicking, expect Winston to have a lot of open gaps once again downfield against a weak secondary.