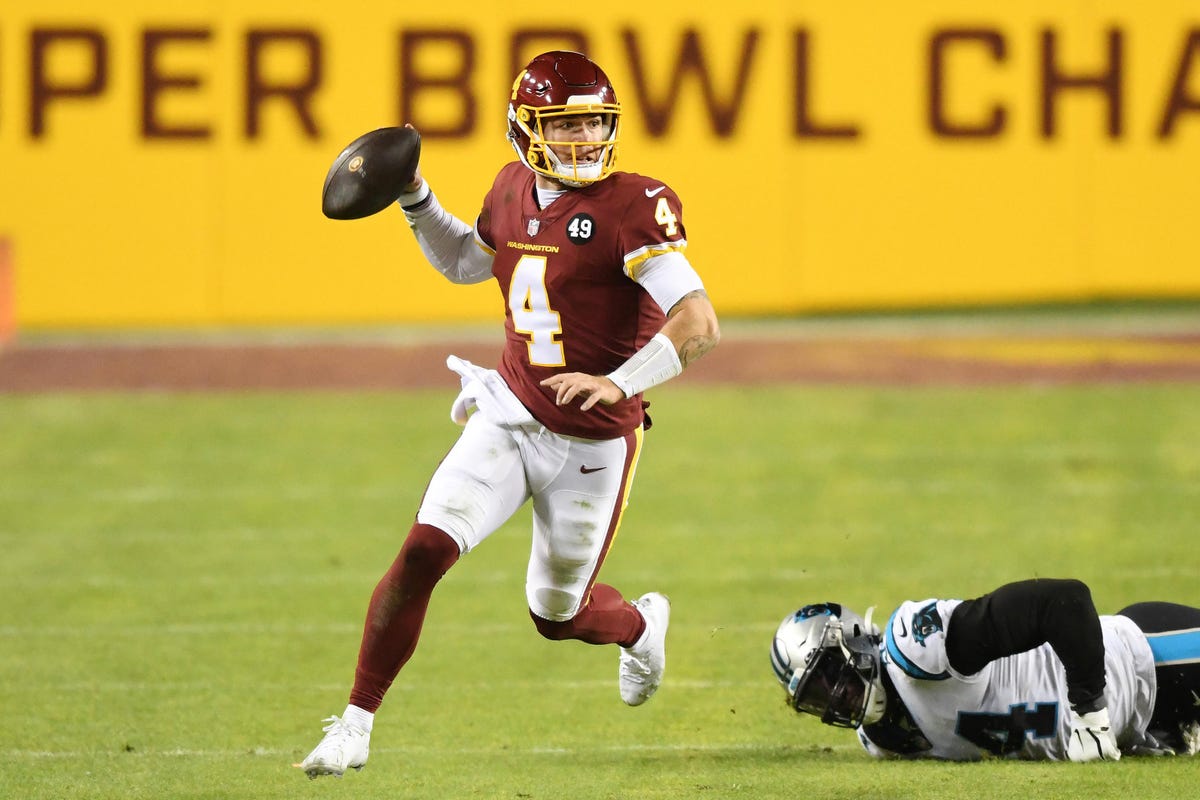 In week 11, the Seahawks lost and the Washington Football Team got a win.

Seattle actually started as a 3.5 point favorite in this game and now it is a pick ’em. I have seen some spots list Washington as a 1 point favorite. The total has gone from 48 to 46.5.

Say what you want, but the Seahawks have had a dreadful season so far this year. They have not played at all like the team we have become used to seeing.

Seattle lost to the Arizona Cardinals on Sunday by a score of 23-13. That is pretty bad when you cannot beat Arizona without Kyler Murray. That shows a lot about where your football team is headed.

I have heard some people make excuses for this team. I do want to hear it, though. Plain and simple, they have not lived up to expectations–enough said!

Russell Wilson continues to look lost out there. On Sunday, he finished the day 14/26 for 207 yards with 0 touchdowns. He has to be a lot better if this team is going to start winning games.

The defense gets criticized a lot, but I have not been that disappointed in that unit. It is just hard to win games when you get nothing from the offense.

The Washington Football Team has not been great this year, but it does seem like they are playing better. They really should be able to show well against a struggling team in the Seahawks.

Washington beat the Panthers on Sunday by a score of 27-21. That was an impressive win for this team. Let us see if they can build off of that when they face the Seahawks.

Ultimately, I do not see this team going all that far, but maybe they can surprise some people. They would have to go on some run to do that, though.

In the win over the Panthers, Taylor Heinicke was 16/22 for 206 yards with 3 touchdown passes. Overall, he has had a solid season so far.

This defense started off the year very bad for these guys, but it does seem like it is playing a little bit better. There is no excuse for this unit to not play well when they go against a bad Seattle team.

This game may have a little more buzz if Russell Wilson and the Seahawks were playing better than they are right now.

Truthfully, I am not sure how great of a game this is going to be. It could be an ugly one.

At this point, I have very little confidence backing the Seahawks. How could you?

I would have loved to get this number when it opened with Seattle giving 3.5 points, but that is not longer an option. I still feel confident with the Football Team taking care of business in this one.

It may not be a great game by Washington, but I feel that Heinicke and his team can do enough to knock off a team in Seattle that has really underperformed.

Give me the Washington Football Team here.

If you’re looking for more NFL picks like this Seattle Seahawks vs. Washington Football Team matchup we’ll be providing 4* free NFL predictions on the blog all season long, and check out our Experts for guaranteed premium & free NFL Football Picks!