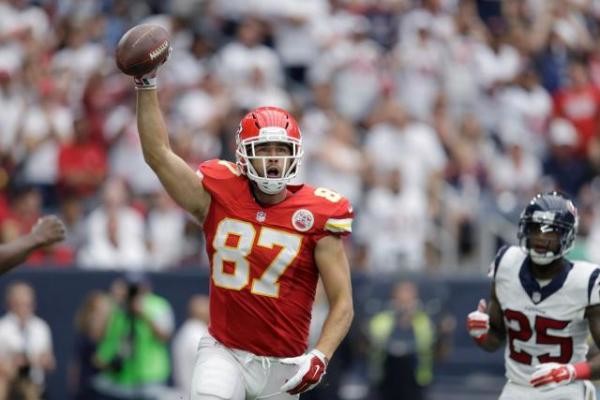 The preseason is finally here. Seattle is among a small group of teams in the NFC that are considered Super Bowl contenders though I would not expect to see many of their key players on display in this one.

K.C. is more of an if in the AFC. If things break right they could win the AFC West.

Kick off is set for 4:30 PM ET as both teams start their seasons for real.

There won’t be a lot of jobs decided in this one but at least we get to start seeing people hit people and where these teams might be heading this season.

There will be no more Beast Mode but the expectation level is still pretty high in Seattle. With Russell Wilson leading the offense and the best secondary in football they will be in the hunt for playoff honours for sure.

As a veteran team the Seahawks are certainly going to be cautious with who sees the field and for how long in this one. There are not a ton of positions up for grabs.

One guy I am looking forward to seeing is Trevone Boykin. The former TCU quarterback is in the same mold of Wilson and might actually be a better athlete.

They might ultimately bring in a backup with more experience but it should be fun to watch when he is on the field, proving that he can play quarterback in the NFL.

Other rookies I am looking forward to include Alex Collins at RB, I loved him at Arkansas and Tanner McEvoy at safety. Remember he was the QB at Wisconsin once.

Well that didn’t work out and now he is back where he belongs in the defensive secondary. Those are the kinds of things you have to look for this early in the preseason.

With the Broncos expected to take a step back the AFC West looks very wide open heading into the season. Kansas City won 11 games last season and if they can do so again they just might take the division title.

Heading into the season the Chiefs know pretty much who they are.

They have some playmakers like Jamaal Charles and Travis Kelce but the offense is certainly not feared. You have to wonder if this team has hit its ceiling with a guy like Alex Smith at the helm.

None of those big names will be seeing much action in this one but it will be interesting to see if there is anything schematically that indicates a change in philosophy. They drafted troubled Tyreek Hill who has joystick moves.

The Chiefs are likely to play this one pretty close to the vest.

Not only is it their style but my hunch is also that coach Andy Reid doesn’t want to give anybody any tape to work from.

Definitely don’t go too heavy on these numbers in the preseason. This is a depth play for me trusting that Seattle has more and that it will show in a game where regulars might not take off their ball caps.

I am looking for some serious Boykin in this one. As long as they give him a real opportunity I think he can use his athleticism in this vanilla kind of game.

If you’re looking for more picks like this Seattle Seahawks vs. Kansas City Chiefs matchup we’ll be providing 4* free NFL predictions on the blog all season long, and check out our Experts for guaranteed premium & free NFL Football picks!