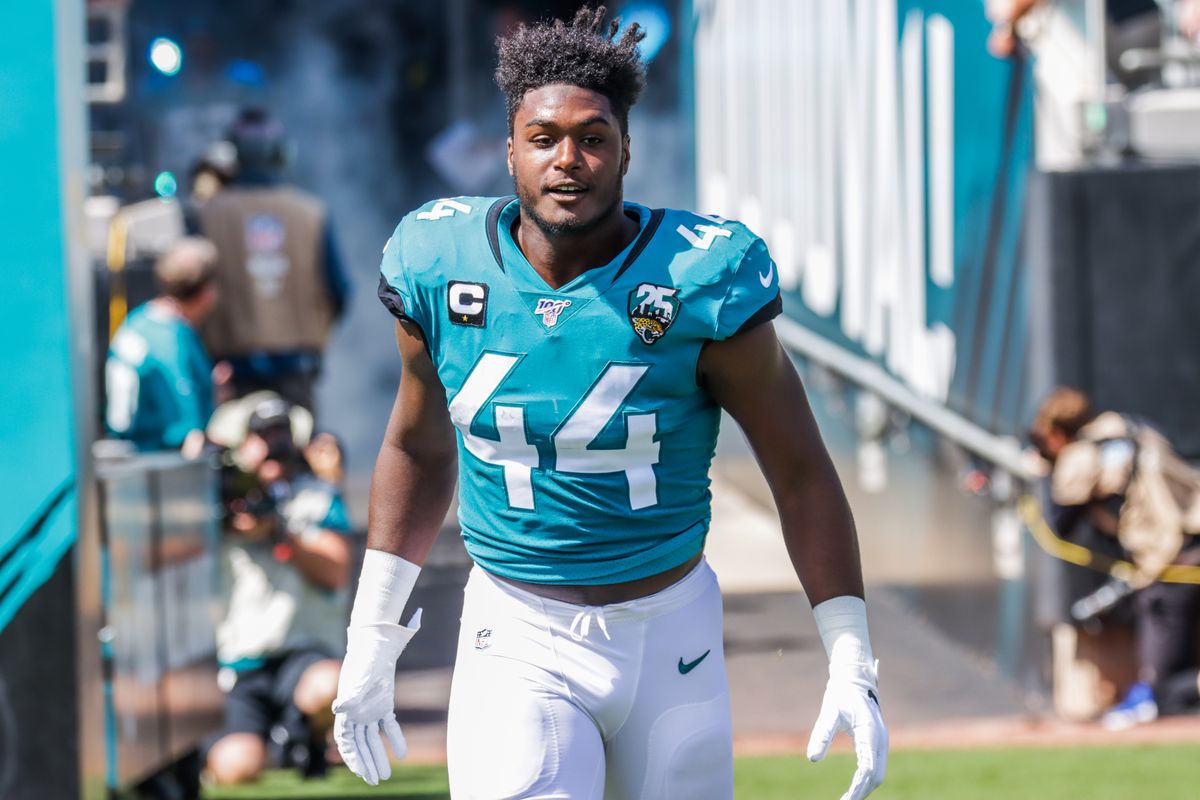 San Francisco is on the short week, but also riding high following a 31-10 dominant win over the Rams on the national stage on Monday Night Football. The 49ers need to avoid looking past the lowly Jaguars on Sunday as SF has climbed to within a game of the final NFC wild card spot.

The Jaguars fought back with a fury last week, but ultimately still fell 23-17 at Indianapolis although covering the +10.5 spread. Jacksonville was able to knock off Buffalo 9-6 in their last home games, so San Francisco in a letdown spot on the road in a short week is a dangerous wager.

It was a tale of two home games the last two weeks as the 49ers were dominated 31-17 by an Arizona team missing Kyler Murray and Deandre Hopkins before thumping the Rams by three TDs on Monday night. The 49ers still have losses in five of their last seven.

At the very least, the 31-10 win over the Rams on MNF has helped the 49ers build some confidence moving forward. Jimmy Garoppolo completed just 15/19 passes vs. L.A but two of those completions were for TDs.

Garoppolo seems to have saved his job with the win over the Rams, and he could be an asset as opposed to a liability lately. The QB has completed over 70% of his passes over the past two games, and also added 2 rush TDs in a 33-22 win over the Bears in week 8.

The good news is that the Cardinals and Rams do have decent defenses – and the Jaguars do not. Indianapolis was up 17-0 on Jacksonville with 3 minutes left in the 1st quarter last week, and they lightened up a bit in not fully exposing the Jaguars’ #25 pass defense and #27 ranked squad in points allowed.

Jacksonville may have pulled off the upset possibly of the NFL season a couple weeks ago but it wasn’t pretty in the 9-6 win over the Bills. Trevor Lawrence was just 15/26 for 118 yards passing vs. Buffalo and also struggled vs. the Colts going 16/35 for 162 yards.

Lawrence’s accuracy (or lack thereof) has come under scrutiny lately as he has completed less than 60% of his passes in three straight games, and just 45.7% last week vs. Indy. The Jaguars did have good rushing output last Sunday with 24 attempts for 179 yards but it was still the 4th time in the last five games Jacksonville was held under 20 points.

Lawrence could have his work cut out for him again on Sunday against a 49ers defense that harassed Matthew Stafford into a 26/41 day passing with 1 TD and 2 INT on Monday. Then again, Arizona’s Colt McCoy went 22/26 for 249 and a TD in the week 9 win over SF so there is upside for Lawrence.

The betting public is going to be all over San Francisco in this one, but the Jaguars clamped down on Indy in the 2nd half last week and the 49ers are on a short week.

The Jacksonville defense isn’t a concern, but that offense has been atrocious – and it’s not solely the rookie Lawrence’s fault. The Jaguars may have the worst group of receivers in the NFL, which doesn’t do a young QB any favors.

If you’re looking for more NFL picks like this San Francisco 49ers vs. Jacksonville Jaguars matchup we’ll be providing 4* free NFL predictions on the blog all season long, and check out our Experts for guaranteed premium & free NFL Football picks!