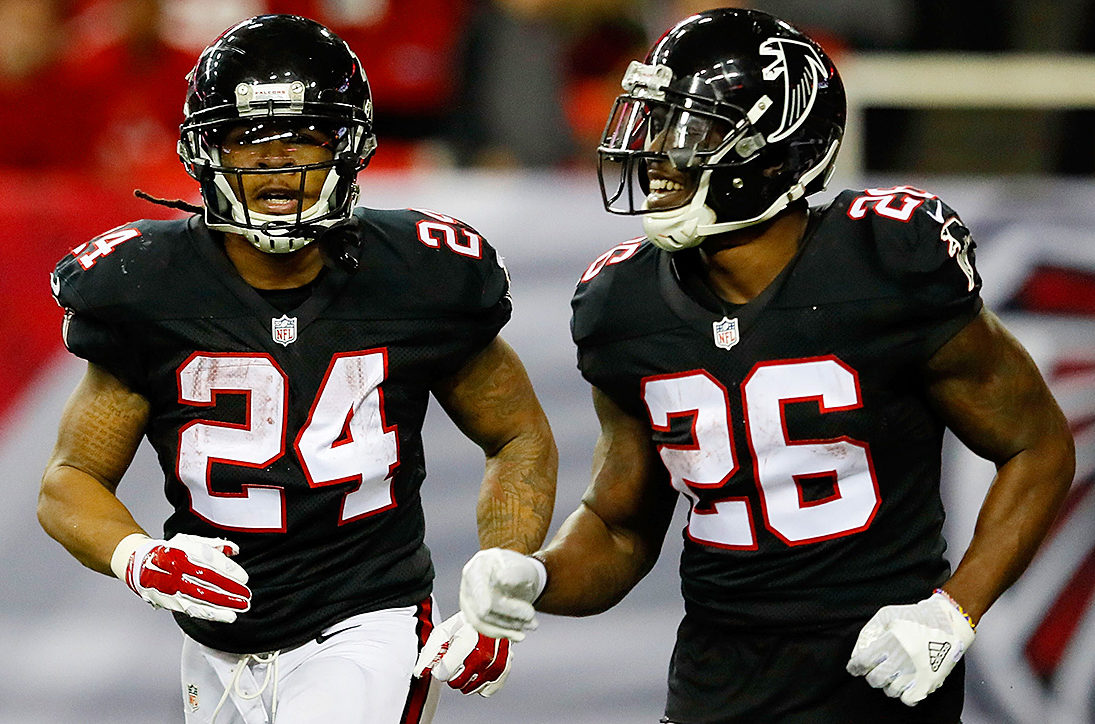 We have reached week seven of the NFL season and teams that want to make the playoffs have to start separating themselves.

In this game on Monday night football the New York Giants make the trip to Mercedes-Benz Stadium to take on the Atlanta Falcons.

Both of these teams haven’t had the starts to the season they have hoped for, and this is basically a must win for both teams.

You have to wonder how people inside the New York Giants orginization are feeling about taking Barkley instead of taking a quarterback.

Barkley is proving why he was taken so high in the draft, but without a good quarterback they still aren’t able to win games.

So far this season Eli Manning has thrown for 1662 yards, six touchdowns and four interceptions. The Giants don’t seem to have much confidence in Manning and a lot of the throws are just short little checkdowns.

When he does throw it deep he seems to throw it over their head or way too short and with little success, which is taking a toll on the offense.

In this game they need a big game from Manning. This is going to be a high scoring affair and the Giants are going to need to try and keep up.

On the other side of this matchup is the Atlanta Falcons who had high expecations coming into the season but so far this year they have struggled winning only two games.

They have their hands full trying to get back into the playoff race and if they lose this game they can basically kiss any chance goodbye.

Matt Ryan has been excellent throwing for 1955 yards, 14 touchdowns and only two interceptions. He has done a good job of spreading out the production to all the recievers and backs.

In this game it’s all going to be about how the offense plays. If they can turn this game into a shootout, they are going to give the Giants no chance to keep up.

There have been no trends released yet.

The Atlanta Falcons are the better team and have the betteer quarterback, and that is going to led to a really ugly game.

Matt Ryan is going to run up the score, and Manning isn’t going to be able to keep up. Look for the Falcons to win and cover the spread.

If you’re looking for more NFL picks like this New York Giants vs. Atlanta Falcons matchup we’ll be providing 4* free NFL predictions on the blog all season long, and check out our Experts for guaranteed premium & free NFL Football picks!