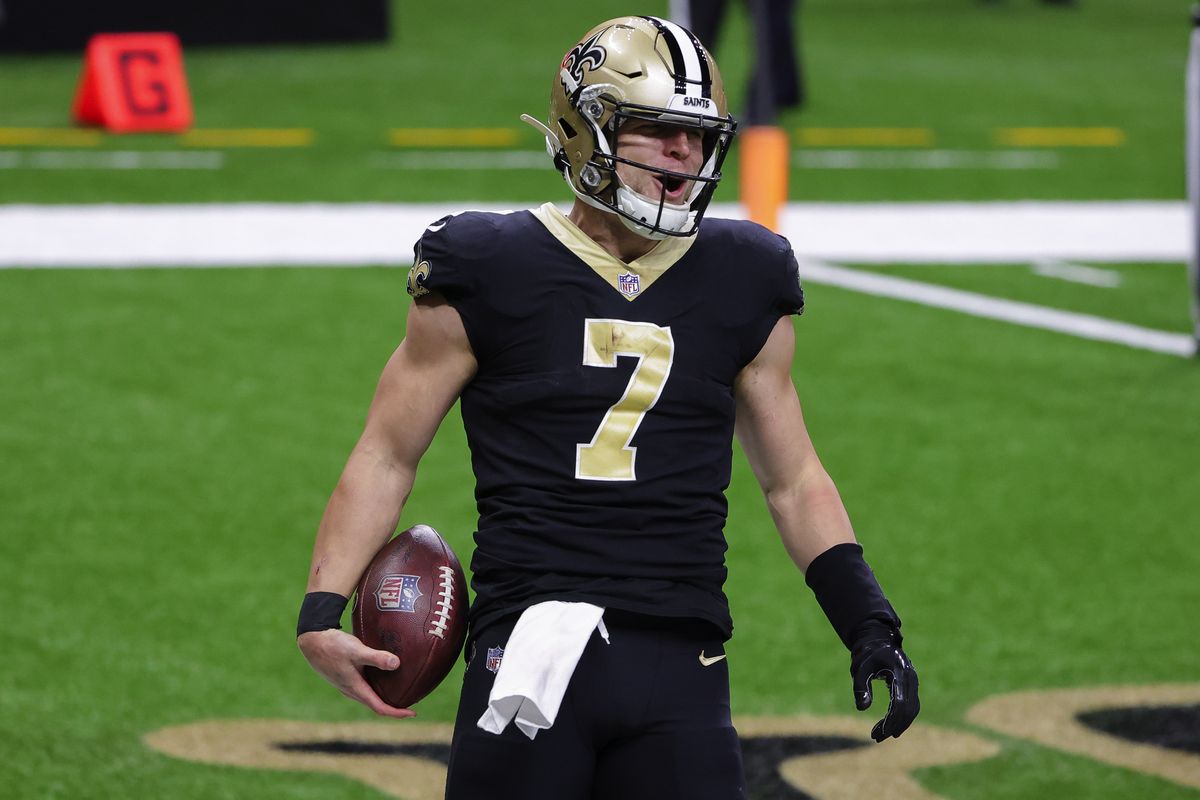 The Saints suffered a brutal 27-25 home loss to Atlanta last week, and although they are still in the NFC playoff hunt at 5-3, the 2nd half of the season looks like it’s going to be a struggle without QB Jameis Winston.

Tennessee had to fight through injury concerns of their own last week, playing in their first game without Derrick Henry and going into L.A to get a 28-16 win over the Rams. The Titans seem like they’ll be just fine, but will the Saints be?

The train got derailed a bit last week for the Saints, who had won three in a row coming into the Atlanta game. Last Sunday’s tilt was for sure a letdown game after New Orleans’ 36-27 upset of the Buccaneers on Halloween.

Trevor Siemian came in after Winston got hurt against Tampa Bay and played decent enough going 16/29 for 159 yards and a TD. Siemian went 25/41 with 249 yards and 2 TD vs. the Falcons but it wasn’t enough to lead New Orleans to the win.

The Saints offense could be in trouble on Sunday if the Titans play like they did last week. Tennessee went to SoFi Stadium and held the Rams to a season low 16 points. That’s L.A’s #3 passing offense, whereas New Orleans ranks 31st in throwing for just 191.6 ypg.

The thing about Tennessee is that they aren’t going to be overlooked anymore after the win in L.A last Sunday night. Some people might have though the Titans were done without Derrick Henry and his 937 rush yards as the RB is out until January at the earliest with a foot injury.

After Sunday’s win the Titans sit atop the AFC with a 7-2 record. If they can string some wins together and then get Henry back for the postseason with home field advantage this would be a very dangerous team to contend with in the playoffs.

First things first though, never underestimate a Sean Payton offense regardless of who is in at QB. The Titans were able to sack Stafford five times last week, and the pressure could be there on the inexperienced Siemian this week.

The real x-factor in this game is the Titans offense, who ran for just 69 yards on 25 carries in the first game without Henry. Ryan Tannehill also had just 143 yards through the air and Tennessee probably loses if not for consecutive Matthew Stafford interceptions last week that helped the Titans score 14 points in the span of 11 seconds.

This should be a defensive struggle that goes well under the total. Both teams are underrated on that side of the ball as well as fighting some key injuries on offense.

The side is a tough one to call, as the public will be hammering Tennessee and they’re definitely in line for a letdown after last week’s big win over the Rams.

If you’re looking for more NFL picks like this New Orleans Saints vs. Tennessee Titans matchup we’ll be providing 4* free NFL predictions on the blog all season long, and check out our Experts for guaranteed premium & free NFL Football picks!