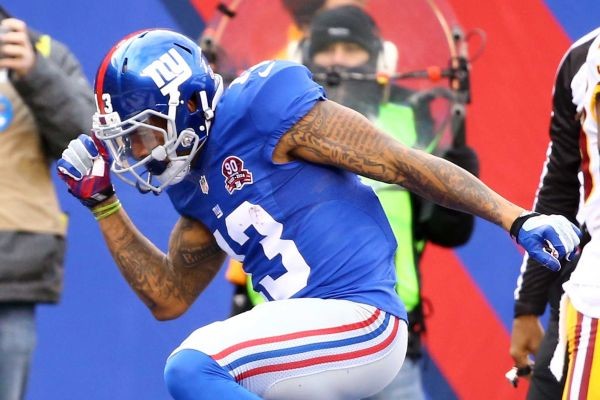 The final tuneup of the preseason for both teams takes place Thursday night as the New England Patriots take on the New York Giants.

These two teams have become a regular matchup in the preseason, finishing off both team’s slates since 2005.

New England has obviously been at the center of all the drama this preseason and will continue that right into the final game.

After being suspended for 4 games, Brady has taken very minimal reps here in the preseason. While there was speculation that he would sit out the final game, it has been reported that he will take some snaps.

Jimmy Garoppolo, who will start the first 4 games of the season, has seen a majority of the time and has led the Patriots to a 3-0 preseason slate.

One thing to watch here in this one is how he works with his receivers. With the likes of Dobson and Edelman out wide for him, he’ll try to develop some chemistry with the wide outs prior to the start of the season.

The Giants finally got on the board in terms of the win column in the preseason with a win over the Jets 21-20 last time out.

The Giants are now the front runners for the NFC East after Tony Romo went down with a back injury last week.

New York gave Eli Manning some extended playing time in the win over the Jets, but he won’t likely see much, if any here in Week 4.

The Giants will use this game to get their RBs some reps in, as they have 3 different ones they will likely use during the season.

Look for Ryan Nassib to get a lot of the reps QB wise, as he will be the backup to Manning this season.

While Brady will get some snaps, the Giants here have the value. They’ll look to use their run game and work in some chemistry with the backs in different situations.

If you’re looking for more picks like this New England Patriots vs. New York Giants matchup we’ll be providing 4* free NFL predictions on the blog all season long, and check out our Experts for guaranteed premium & free NFL Football picks!