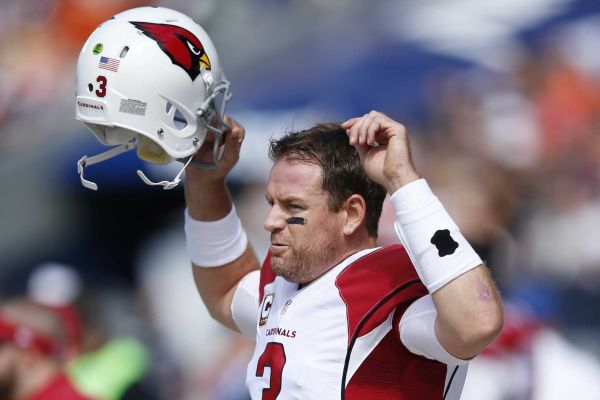 Two of top teams in the NFL headline a Thursday Night showdown as the Vikings head into Arizona.

Both teams are currently atop their division as Arizona holds a 3 game lead on Seattle and Minnesota sits tied with Green Bay.

However, after getting knocked out by the Seahawks last week, combined with the Packers Hail Mary win, Minnesota is technically in 2nd because of tie breaker rules.

The Vikings have been bouncing back and forth all season with the Packers for first place in the NFC North.

Minnesota was blown away by the Seahawks on Sunday at home and with the result of Aaron Rodgers Hail Mary at the end of the Thursday night game, the two are tied once again. With Green Bay beating Minnesota a few weeks ago, they currently hold the tiebreaker in the scenario.

Minnesota has relied heavily on Adrian Peterson this season and his performance on Sunday certainly reflected the score.

Peterson had nothing going as he racked up just 18 yards on 8 carries. Peterson figures to be in store for another tough outing as Arizona ranks 4th in rush defense.

QB Teddy Bridgewater hasn’t been asked to do too much with Peterson going off this season, but he certainly didn’t help the cause Sunday.

He finished with just 118 yards and threw for an interception.

This has been Minnesota’s main problem all season long. When Peterson can’t get going, they really have stood no chance. With the battle for first on the line, Bridgewater will certainly have to make a play or two per game to keep Minnesota in it.

The Cardinals don’t do it in a flashy way by any means, but this team simply finds ways to win.

The Cardinals are proving they were no fluke last year as they are currently 10-2 and in pursuit of an NFC West title. Arizona has done it with the play of QB Carson Palmer and their stellar defensive core that is one of the best in the league.

Last game showed just how much depth this team has too. With many key injuries, the Cardinals still managed to route the Rams 27-3.

Palmer played a giant role in the win as he tossed for 356 yards and had a pair of touchdowns.

With the Cardinals having many injuries to running backs, David Johnson was asked to step into the role as starter. He made the most of his situation as he rumbled for 99 yards on 22 carries.

Arizona returns home this week where they are 8-2 SU in their last 10 played.

While Arizona should win this game, Minnesota has been no pushover this year. Grabbing 7.5 points in a game they certainly need to win themselves is a nice play here.

This one could really go either way. Look for a back and forth game with it being decided late on a last second touchdown or field goal.