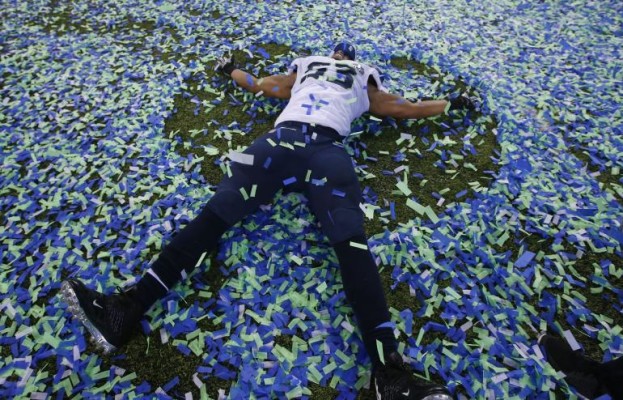 The Minnesota Vikings are fighting for a playoffs spot. If the team ends up dropping any of their last four games, the team will struggle to see postseason action.

The Seattle Seahawks should be one of the most feared teams in the NFL heading into the last three games. The team has won three games in a row, and looking for four.

Minnesota was beaten last week at New England, despite a strong team effort. The Vikings gave all they had until collapsing in the second half. Minnesota quarterback Kirk Cousins played well in the first half, then fell off to close the game.

Cousins passed for 201 yards, one touchdown and two interceptions. The veteran quarterback seemed confused late in the third quarter which led to the Vikings getting exposed.

If the Vikings are only able to score 10 points again on the road this week, they could be in for a long ride back to Minnesota. Stefon Diggs and Adam Thielen were held in check against the Patriots, but could be due for a breakout game.

On the defensive side of the ball, the Vikings allowed 471 total yards to Tom Brady and company. This week, they face another top quarterback in Russell Wilson at the Link.

The Seattle Seahawks are a team on the bubble to make the wildcard this season. With the Los Angeles Rams running away with the NFC West, Seattle must stay focused and control their own destiny; by winning the next four games in a row.

Quarterback Russell Wilson has been nothing short of an MVP for the Seahawks this season. Without him, the team would be in a much worse off position. He is Seattle’s everything and would get my vote for MVP if the season were over today.

Aside from the play of Wilson, Tyler Lockett as emerged as one of Seattle’s most talented and explosive offensive players on the team. His big play ability has kept them in games all season.

On defense, the Seahawks are far from the “Legion of Boom” days, but have been able to manage as a respected defense this season. The Seahawks defense is allowing 383 yards per game this year, but are playing well as of late.

The Vikings are in a must win and could be in a game against the team they could see in the wildcard round. Take the Seahawks at home.

This game is going to be a coin flip. Both teams are in must win situations, but the Seahawks are at home in this one. The crowd will play a big factor. Take Seattle.

If you’re looking for more NFL picks like this Minnesota Vikings vs. Seattle Seahawks matchup we’ll be providing 4* free NFL predictions on the blog all season long, and check out our Experts for guaranteed premium & free NFL Football picks!