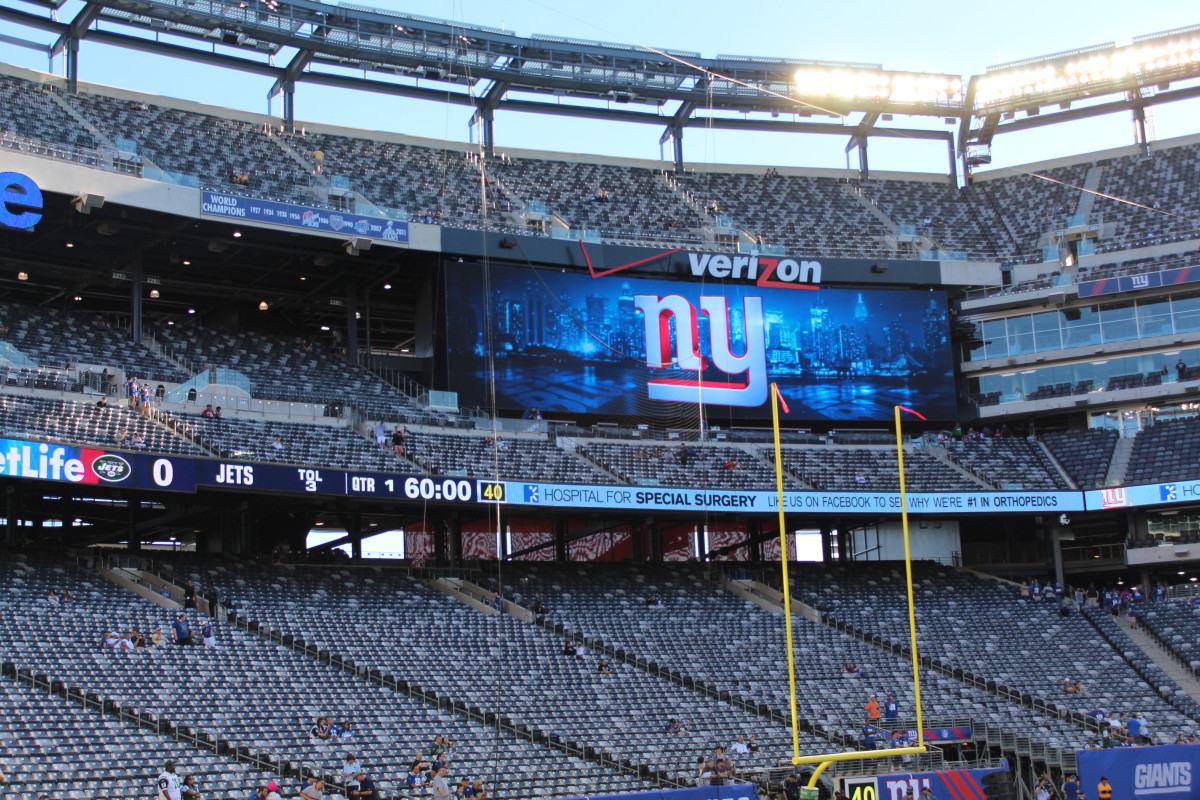 The Giants looked good in covering the +10.5 number on Monday night in Kansas City, but they still lost 20-17 and now have a short week ahead of the visit from the Las Vegas Raiders. With New York dropping to 2-6 and Dallas running away with the NFC East at 6-1 this season is basically over for the G-Men.

Las Vegas would normally be in a tough spot going East of the Mississippi for an early game, but the Raiders also had a bye last week and are recharged and ready to try for their third straight win. The Raiders (5-2) are a game up on the Chargers (4-3) in the AFC West.

One thing to be aware of in Sunday’s visit to MetLife Stadium is that the Raiders could be in the ‘look ahead’ spot with the Chiefs Even though KC is just 4-4 on the season, this looks like a division that is going to be decided in the 2nd half of the year.

To their credit the Raiders have bounced back from a surprising 20-9 home loss to Chicago in week 9. Since then Las Vegas has had double digit wins at Denver (34-24) and against Philadelphia (33-22) and both as underdogs.

Sunday’s visit will be no different – the Raiders are going to probably have to rely on Derek Carr and the passing game. Carr has thrown for 320+ and 2+ TDs in both of his games since the Chicago loss and has guided the Raiders to the #2 passing offense in the league this season with 307.9 ypg.

The Giants do face a challenge against that Raiders passing attack, but it’s the same situation they faced Monday against Patrick Mahomes and the Chiefs. New York fared about as good as you can expect, holding the KC quarterback to a 29/48 night for 275 yards with 1 TD and 1 INT.

There are reasons to think that New York’s defense can have a second straight solid outing, mostly because of the Raiders’ absences. Vegas receiver Henry Ruggs may never play in the NFL again after his involvement in a fatal DUI crash Tuesday, while TE Darren Waller (ankle) and RB Josh Jacobs (chest) are questionable.

With the Raiders having a bye last week you’d think they get Waller and Jacobs back for this game. That means Daniel Jones and the Giants offense may need to get some of their own. New York could only manage 17 points against a bad Chiefs defense on MNF though.

With the short week it’s probably unlikely that the Giants get any of their walking wounded back either. Saquon Barkley (ankle) and Kenny Golladay (knee) may be close to following in the footsteps of Kadarius Toney and Sterling Shepard who returned to the NYG lineup on MNF.

Normally the Giants would have some value as +2.5 home underdogs vs. a West Coast team making the long trek East but the Raiders get the benefit of having last week off. New York meanwhile has the short turnaround from playing in Kansas City on Monday night.

Ultimately New York’s offense is going to be a little groggy and the Raiders a little rusty. It doesn’t help anything that Las Vegas is facing some pretty significant offensive absences so a lower scoring game than expected wouldn’t be a shocker.

Expect the public to be loving Las Vegas in this one, but the side is just too close to call.

If you’re looking for more NFL picks like this Las Vegas Raiders vs. New York Giants matchup we’ll be providing 4* free NFL predictions on the blog all season long, and check out our Experts for guaranteed premium & free NFL Football picks!