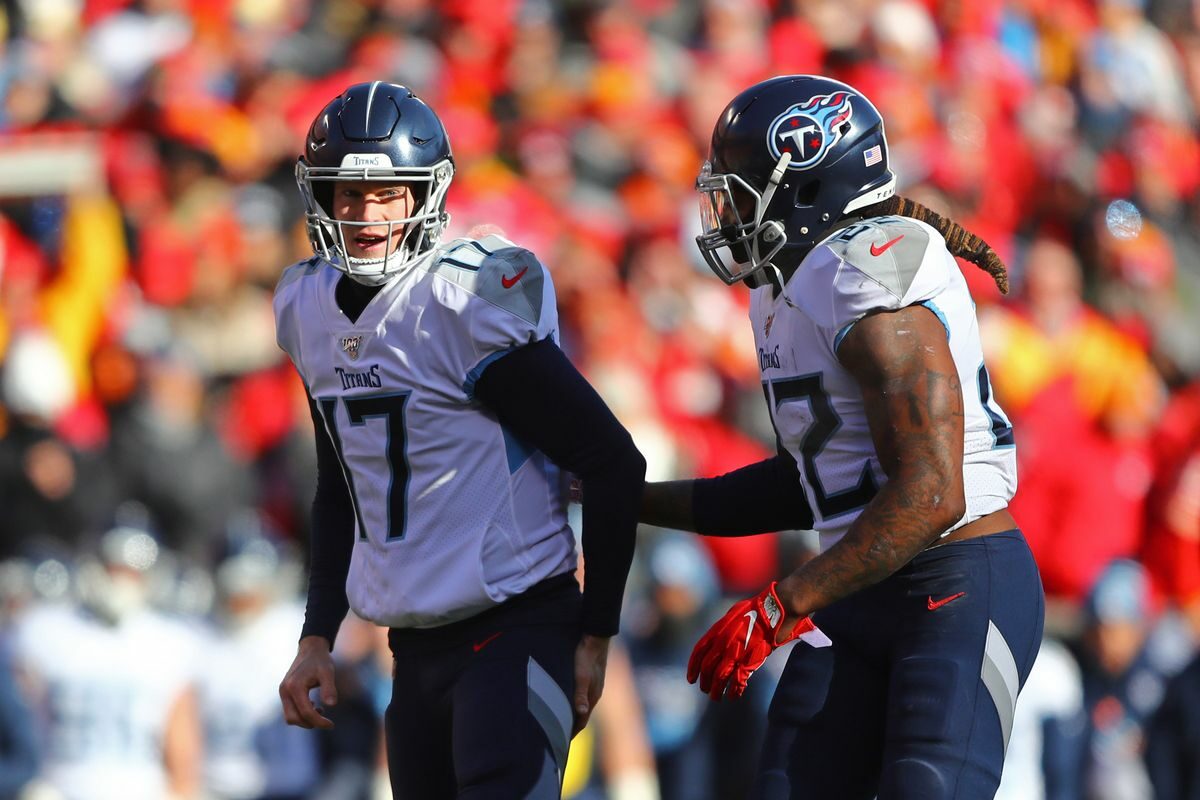 Patrick Mahomes will lead the Kansas City Chiefs into the Music City in hopes of knocking off Derrick Henry and the Tennessee Titans this Sunday from Nissan Stadium.

The Chiefs bounced back from a big loss at home on primetime with a dominating 31-13 win over the Washington Football Team on the road.

Tennessee enters on a short week after knocking off the AFC best Buffalo Bills in Nashville on Monday night 34-31.

Kansas City fell into an early hole in Washington after Patrick Mahomes threw his 15th interception in his last 15 games. Recent turnover problems have hindered the Chief’s offense and their league worst defense hasn’t stepped up to help the problem.

Despite early struggles, Kansas City came out strong in the second half and blanked the Football Team to win 31-13 at FedEx Field on Sean Taylor’s jersey retirement day.

Mahomes finished 32/47 with 397 yards passing and 2 touchdowns/interceptions. Darrel Williams will serve as the teams primary ball carrier since Clyde Edwards-Helaire went down with an MCL sprain that will sideline the RB for weeks. Williams finished with 62 yards rushing on 21 carries and scored 2 touchdowns.

The Chiefs find themselves in unfamiliar territory as they are last in the AFC West, a division they have won the last 5 seasons. There is no room to coast now for Kansas City as it is clear they need to improve or their streak could be in danger.

Tennessee had their biggest win of their season so far after upsetting the Buffalo Bills 34-31 in front of a sold out crowd in Nissan Stadium on Monday night. The Titans were 6 point underdogs as Buffalo was riding high after rolling Kansas City in Arrowhead a week prior.

The Titans started out slow offensively but it all changed when Derrick Henry burst out of the gate for a 74 yard touchdown to take a 7-6 lead in the 2nd quarter. The run was the biggest play of the night and padded Henry’s stat sheet as the league best running back finished with 143 yards rushing on just 20 carries and 3 touchdown’s.

Buffalo held a 20-17 lead the half and a 31-24 lead entering the 4th quarter but Tennessee refused to roll over on primetime. The Titans used a late go-ahead Henry touchdown to take a 34-31 lead with just over 2 minutes remaining.

The Bills slowly marched down the field with all of their timeouts and seemed prime to send the game to overtime or win. The Titans defense reused to budge and on a pivotal 4th & Inches from their own 3-yard line Jeffery Simmons stuffed Josh Allen on a gusty 4th down conversion attempt to secure the victory as the crowd erupted.

Tennessee will have to regroup quickly and put this game in their blinders as the Kansas City Chiefs roll into town on short notice. The Titans suffered some big injuries on Monday night as CB Caleb Farley and WR Cameron Batson both went down with ACL injuries. OT Taylor Lewan also left the game on a stretcher and was evaluated for a concussion so his status for this game will be uncertain.

Tennessee proved they can hang with anyone in the league when they are playing at their best which is a big turnaround for a team that just lost to the Jets two weeks prior. The Titans know they run through Derrick Henry which is a big problem for Kansas City as they have the league’s worst run defense and have been a liability all season.

Kansas City will score plenty of points in this one as the Titan’s have a depleted defensive back unit and will be tested by the Chiefs speed on the outside.

The Titans faced a similar test on Monday but managed to get 3 sacks on Allen and kept pressure on him all night which didn’t allow him to pick them apart. Tennessee will need to dial up more pressure if they want to get Mahomes uncomfortable and make him force some balls that could be intercepted.

I’m taking the Titans to cover this game and a ML wager is also worth looking at.

If you’re looking for more NFL picks like this Kansas City Chiefs vs. Tennessee Titans matchup, we’ll be providing 4* free NFL predictions on the blog all season long, and check out our Experts for guaranteed premium & free NFL Football picks!