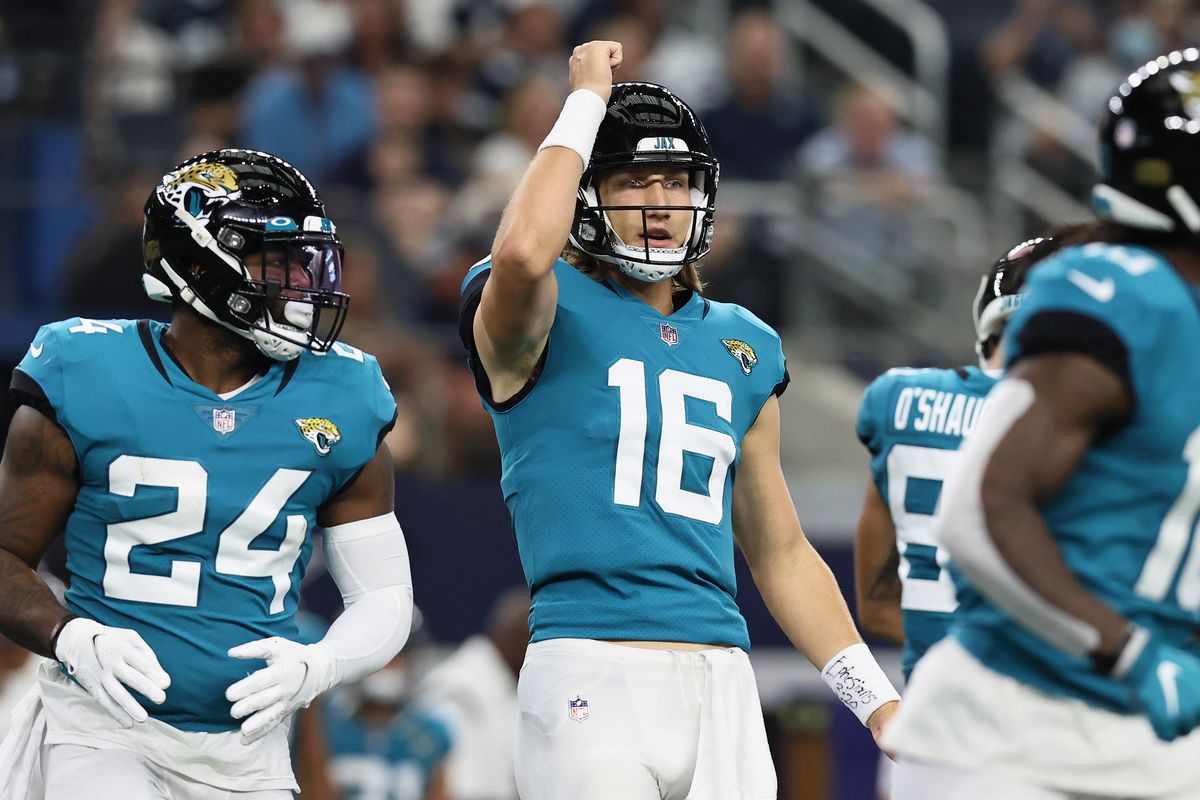 The Jaguars are fresh off a bye and their first win in the Urban Meyer / Trevor Lawrence era as they get set to make a visit against the struggling Seahawks. Jacksonville hopes the jet lag of playing in London a couple weeks ago has worn off in a trip to the Pacific Northwest.

Seattle is on the short week after a 13-10 loss at home to the Saints on Monday night. The team is trying to survive through the Russell Wilson finger injury, but at 2-5 in the stacked NFC let’s be honest this season is all but over.

The big question is if the Jaguars can put some momentum together after finally getting in the W column after a 23-20 win over Miami two weeks ago? It had been 20 games since Jacksonville last tasted victory so to say the team was overdue for a win is an understatement.

Rookie QB Trevor Lawrence seems to be playing with more confidence, throwing for 319 yards vs. the Dolphins and also avoiding an INT for the second time in the last three games. Lawrence threw 7 INTs over the first three games of the year but is easing out of those growing pains.

Marvin Jones had his first breakout game with the Jags with 7 catches for 100 yards vs. Miami and he’ll be key in exploiting a Seattle defense that ranks 31st in total yards allowed (414.7). The Seahawks are 30th vs. the run (134.1 ypg) so RB James Robinson should be in line for another big afternoon (5 TDs last 4 games).

Chalk this one up to a lost year for the Seahawks, not just because they’re struggling through the injury to Wilson but because the NFC West is the best division in football with apologies to the AFC North. 2-5 Seattle has no chance with the 7-0 Cardinals and 6-1 Rams running away with the division.

About that Wilson injury, Geno Smith is trying in his absence with the Seahawks losing by a FG in each of the last two weeks. That being said Seattle managed just 219 yards vs. the Saints on Monday night, a good chunk of that coming on one play in a DK Metcalf 84 yard TD catch.

Smith has a TD pass in all three games he’s appeared and has thrown just 1 INT on the season. The Seahawks also ran for 144 yards in a 23-20 OT loss to the Steelers in week 6, but it looks like the way to attack Jacksonville is through the air where their 297.8 ypg allowed is 31st in the NFL.

Believe it or not it looks like the Jaguars are the team trending in the more positive direction in this matchup. Jacksonville finally broke their 20-game losing streak, giving Meyer and Lawrence confidence in how this is done in the NFL.

Seattle meanwhile has dropped two one score games in a row, each of which they had a chance to win. Now the Seahawks have the short week to prepare for a team that is coming off a bye.

The Jaguars are trying to stack wins for the first time in two years.

If you’re looking for more NFL picks like this Jacksonville Jaguars vs. Seattle Seahawks matchup we’ll be providing 4* free NFL predictions on the blog all season long, and check out our Experts for guaranteed premium & free NFL Football picks!