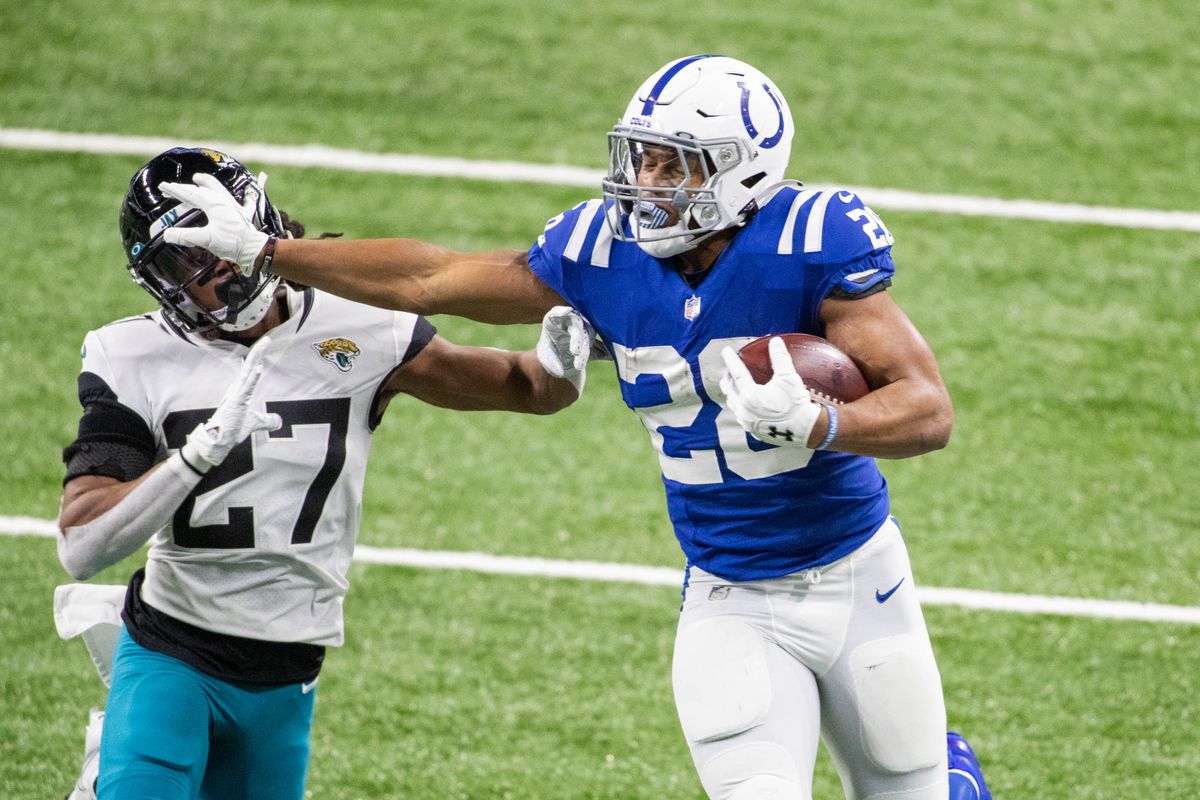 Jacksonville looks for a rare win streak when they visit Indianapolis on Sunday. The Jaguars pulled off one of the biggest upsets perhaps of the entire season when they were able to outlast Buffalo 9-6 last week as +14.5 home underdogs.

The Colts should be reinvigorated by the injury to the Titans’ Derrick Henry, because Indianapolis has a gap to make up at 4-5, behind 7-2 Tennessee. The Titans don’t look like they’re going anywhere after a big win over the Rams last week, so an Indy win over the Jags is a must-have.

The big question facing Jacksonville heading into week 10 is if they were good last week or if the Bills just laid an egg? To be fair, neither team was ‘good’ in a 9-6 game that featured no TDs and just 519 yards of total offense from both teams.

The Jaguars do have to be proud of their defense in holding Buffalo’s Josh Allen to 264 yards passing with 2 INT, and they also only gave up 72 yards on the ground to the Bills.

It’s still almost certain that Jacksonville is going to have to be better offensively this week to keep things close with the Colts. Trevor Lawrence threw for just 118 yards vs. the Bills, but he also didn’t throw an INT. Carlos Hyde ran for 67 yards in a spot start for James Robinson (heel) which isn’t a bad output against Buffalo’s #1 defense in the NFL.

The Colts are a bit underrated at 4-5 on the season. They’re on a 4-2 run over their last six games but both of those losses have also come in OT (25-31 at Baltimore, 34-31 vs. Tennessee). Indy is a bounce here or there from coming into week 10 on a six game win streak.

Indianapolis should be rather fresh for Sunday’s game as they breezed to a 45-30 win over the Jets last week – and that was in a Thursday night game. RB Jonathan Taylor had another dominating performance with 172 yards and 2 TD on the ground including a 78-yard TD scamper.

Does Carson Wentz play more of a role in the Indy game plan on Sunday? He had 3 TD vs. the Jets for his sixth straight multiple TD pass game. Wentz also rebounded from throwing 2 INTs vs. Tennessee on Halloween and now has 17 TD to just 3 INT on the year.

There’s no question that Indianapolis is the much better team in this matchup, and most people are expecting the Jaguars to come back down to Earth after the shocking upset over Buffalo last Sunday.

The Colts have been the better team in most of the last 12 head to head meetings between the two teams, and have only covered the number in one of those. Jacksonville is a work in progress, but they get overlooked at 2-6, especially with the Colts heading to Buffalo next week.

Jacksoniville getting RB James Robinson back doesn’t hurt either.

If you’re looking for more NFL picks like this Jacksonville Jaguars vs. Indianapolis Colts matchup we’ll be providing 4* free NFL predictions on the blog all season long, and check out our Experts for guaranteed premium & free NFL Football picks!