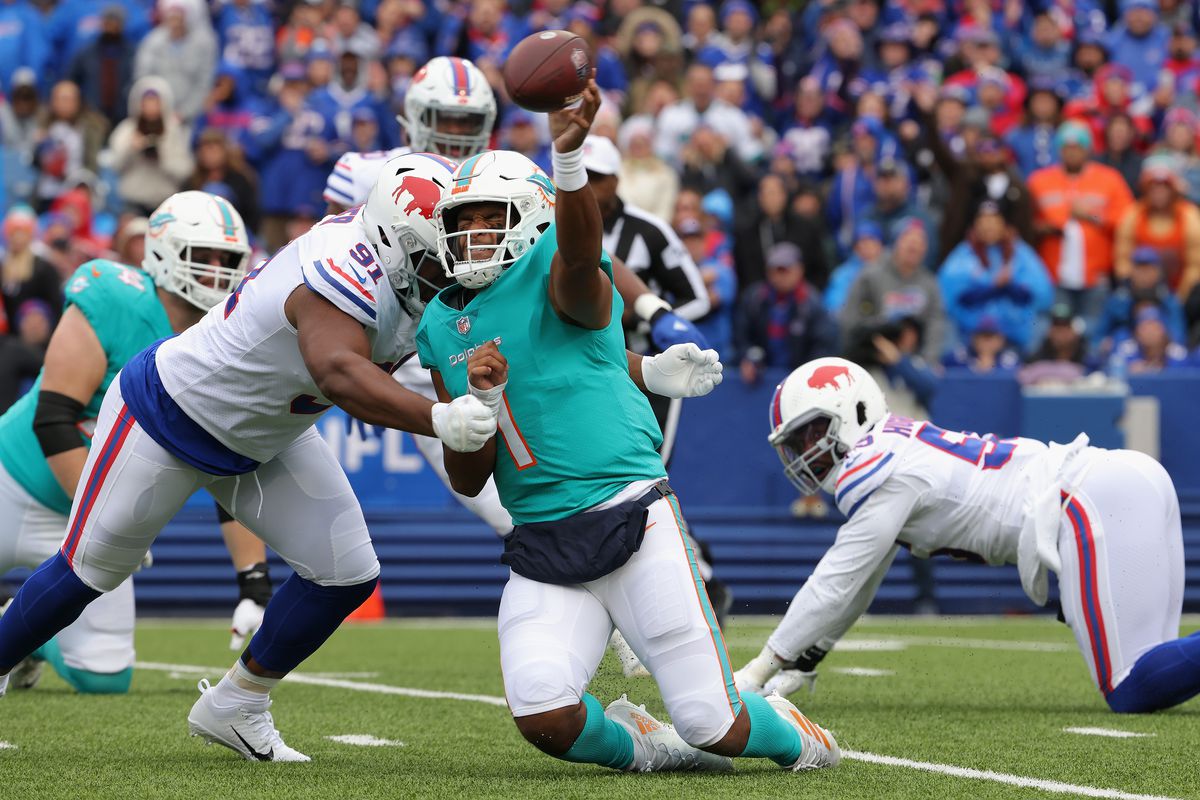 As expected, both of these teams lost their last game. Interestingly enough, the Texans covered the closing spread against the LA Rams despite being down 38-0 halfway through the 4th quarter. They somehow scored 22 points in garbage time – probably the luckiest cover of the year.

The Dolphins were in the opposite situation. They were never losing by more than 14.5 points (the spread) to the Bills until the very end of the game. It was tied 3-3 at halftime and they were only down 6 with 3.5 minutes left but blew it.

Football Outsiders has the Texans ranked 31st up until this point and the Dolphins ranked 27th.

Even with Houston not scoring a point until halfway through the last quarter, they still weren’t too bad compared to how they usually are. It was their 4th best game of the season according to DVOA (defense-adjusted value over average) with a -27.5% rating.

If we compare that to Miami last week, the Texans actually performed better according to DVOA. The Dolphins were given a -34.5% rating, similar to the -37.2% they received in Week 2 against the same team.

On paper, Miami should be much better than this Houston team. With Tua throwing interceptions and turning the ball over, and their defense not being able to stop anyone (even though they seem like they’re alright), it will be interesting to see what they can do against a team as bad as the Texans.

There is a trend that favors the Texans in this one. Bad road teams (with various criteria, but simplified it’s just bad road teams) that had a low win total last year cover at a 57% rate with a 10% ROI since 2005.

I want to elaborate on the Dolphins blowing the game last week. On their last drive, a WR dropped a pass that could have been a first down, then Tua fumbled as he was sacked the next play, then threw an interception.

It was a revenge game for the Dolphins after getting blown out by the Bills in Week 2. The score was not indicative of the play between the two teams, and in typical Miami fashion, the same thing happened in this game.

The story of the Dolphins year is that they’re better than their record, and they should have covered games but made bad mistakes. How many times can you make dumb mistakes and get close but never succeed until it becomes who you are?

I personally don’t have a good feeling about backing the Dolphins as big favorites against anyone. They’re only 2-5 against the spread while the Texans are 4-4. That tells you something about how sportsbooks and the public are valuing these two teams.

This Miami team has found a way to blow most of their games and covers so far this season. The Texans will be playing one of their only few remaining winnable games this season, while the Dolphins still have the Jets (2x), Panthers, and Giants to play.

Their seasons are both over, but we might see a little extra effort from Houston in this one. That, and the one trend are all I need as reasons to back the team getting points in this ugly matchup.

If you’re looking for more NFL picks like this Houston Texans vs. Miami Dolphins matchup we’ll be providing 4* free NFL predictions on the blog all season long, and check out our Experts for guaranteed premium & free NFL Football Picks!