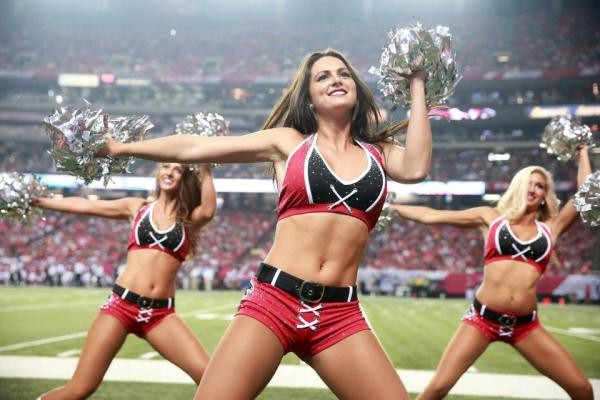 There were some really good playoff games over the weekend but Green Bay’s win over Dallas was the best. What an exciting finish.

Atlanta did not have to sweat things out to the same degree but it was impressive the way they dispatched Seattle. They are better than I thought.

Kick off is set for 3:05 PM ET with Matty Ice looking to prove that he is good enough to lead his team to the Super Bowl, like the other quarterbacks still in the playoffs.

Early on it looked like the Packers were going to rout the Cowboys but instead we got an amazing finish.

I am glad that Dallas got back into the game and there really shouldn’t have been much surprise as Green Bay is hardly a defensive juggernaut.

Hopefully we are in for a treat as these teams met during the regular season with Atlanta winning by one point at home. Rodgers was superb but the 32 points Green Bay scored just wasn’t enough.

That could certainly be what happens again on Sunday.

In the regular season loss the Packers had trouble slowing down the Falcons even though they did a good job not letting Julio Jones beat them.

They did not create any turnovers and they are probably going to have to this weekend otherwise the result is likely to be the same.

All season long nobody was scoring more than the Falcons so I guess we should not be all that surprised that they scored 36 against the vaunted Seattle defense.

Matt Ryan was efficient. They were able to get him to the ground a few times but as he has all season long he avoided the disastrous play and managed the game great once they took a commanding lead.

Even though he and Jones are the headliners this team can run the ball too. A handy trick for playing with the lead, especially against a team like Green Bay.

Atlanta is similar to the Packers in that they do not have a great defense – they give up points. However their offense helps it out by putting pressure on opponents to score.

Vic Beasley has become a feared edge rusher and he will need to get Aaron Rodgers off his spot, something that is not that easy to do.

Rodgers was probably too comfortable the last time these two team met.

This game might come down to just one stop the way these teams play.

Atlanta’s defense is opportunistic but this group has not been in a lot of big situations.

I am not expecting Matty Ice to fade under the pressure but Aaron Rodgers is on fire and I am not going to be against Green Bay right now.

Maybe they don’t upset they can keep it close.

If you want GB you might want to get it now. I think they will be the popular choice and it could affect the number as game time approaches.

If you’re looking for more NFL picks like this Green Bay Packers vs. Atlanta Falcons matchup we’ll be providing 4* free NFL predictions on the blog all season long, and check out our Experts for guaranteed premium & free NFL Football picks!