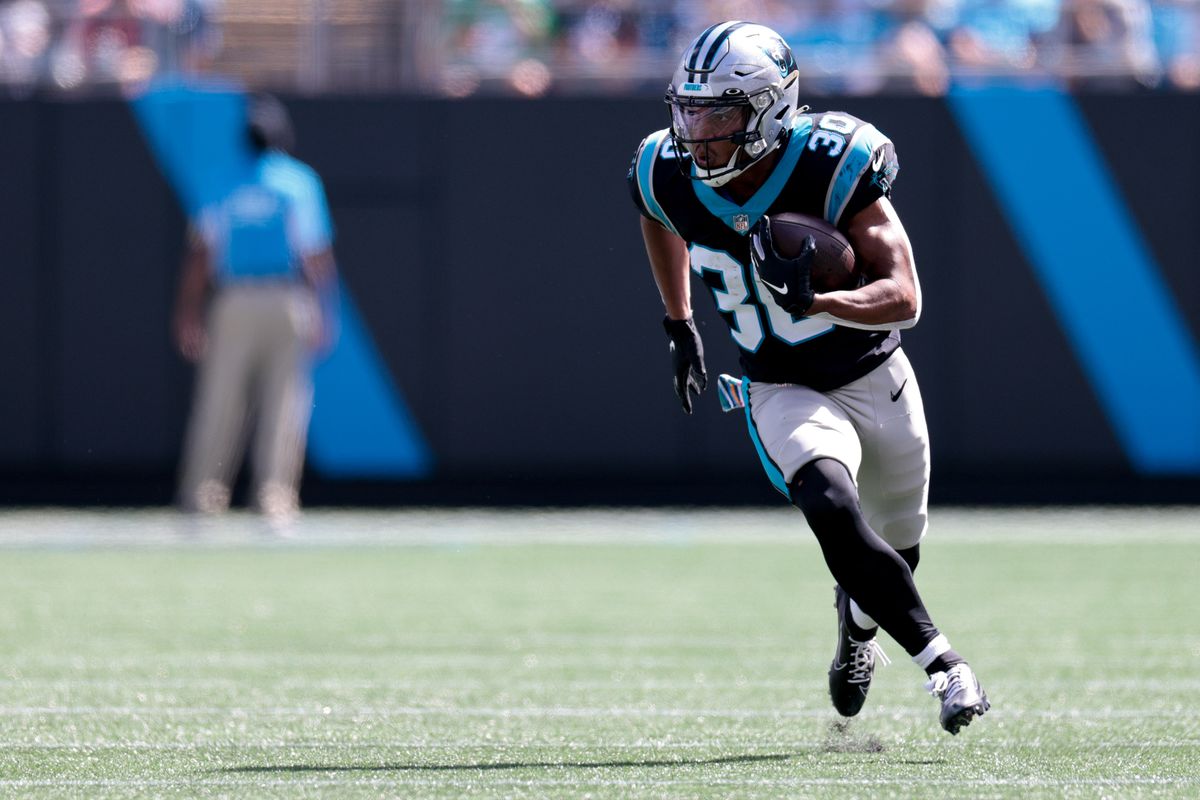 The Arizona Cardinals are hoping to get some of their injured stars such as Kyler Murray and DeAndre Hopkins back for this week’s matchup with Carolina, but then again they didn’t seem to need them in a 31-17 win at San Francisco last weekend.

Carolina got one of their key offensive pieces back last week as Christian McCaffrey returned from a hamstring injury, but the Panthers were still held in check offensively in a 24-6 home loss to the Patriots. Carolina has now been held under 20 points in four of the last five.

Carolina QB Sam Darnold was questionable prior to the Patriots game after he suffered a concussion in the 19-13 win over Atlanta in week 8. It showed that Darnold didn’t practice all week as he was just 16/33 for 172 yards with 3 INT.

The Panthers managed just two Zane Gonzalez FGs on Sunday vs. New England, a Patriots team that was playing their second straight road game after a win in Los Angeles the game prior. Chuba Hubbard’s 6-yard run vs. the Falcons is the only TD the Panthers have scored in their last three games.

McCaffrey did return for Carolina against the Patriots but was held to 52 yards rushing on 14 carries to go along with 4 catches for 54 yards. It’s hard to expect much more production than that on Sunday as the Cardinals are 4th in the NFL giving up just 321 total yards per game.

The line is a bit late being released in this one mostly because we don’t know the status of Murray and Hopkins who missed the 49ers game with injuries. RB Chase Edmonds also suffered an ankle injury in the loss to San Francisco and will be out until next month at the earliest.

By all accounts Murray and Hopkins should be healthy enough to give it a go on Sunday, but Arizona also has a visit to division rival Seattle next Sunday so maybe Kliff Kingsbury gives them one more week off?

Colt McCoy proved to be the ultimate professional last week in stepping in for Murray to go 22/28 for 249 yards and a TD against what was considered a good San Francisco defense. It also didn’t hurt Arizona’s cause that RB James Conner had 96 yards rushing and 2 TD on the ground.

It should be another big day for Conner against a Panthers squad that gave up over 150 yards rushing last week to the Patriots. Rookie QB Mac Jones was also able to pick up the win despite going just 12/18 passing for 139 yards.

This game is going to be all about extending drives. Carolina can do just that in a second week with McCaffrey back and Arizona has a feature back now with Conner taking over the roles with Edmonds on the shelf.

Arizona seems like they’re more explosive with Murray and Hopkins back in the lineup, but neither are at 100% nor are they a sure thing to even play here.

Pay attention to the injury report for Arizona in this one, but the double digit spread would indicate at the very least Murray is back.

If you’re looking for more NFL picks like this Carolina Panthers vs. Arizona Cardinals matchup we’ll be providing 4* free NFL predictions on the blog all season long, and check out our Experts for guaranteed premium & free NFL Football picks!