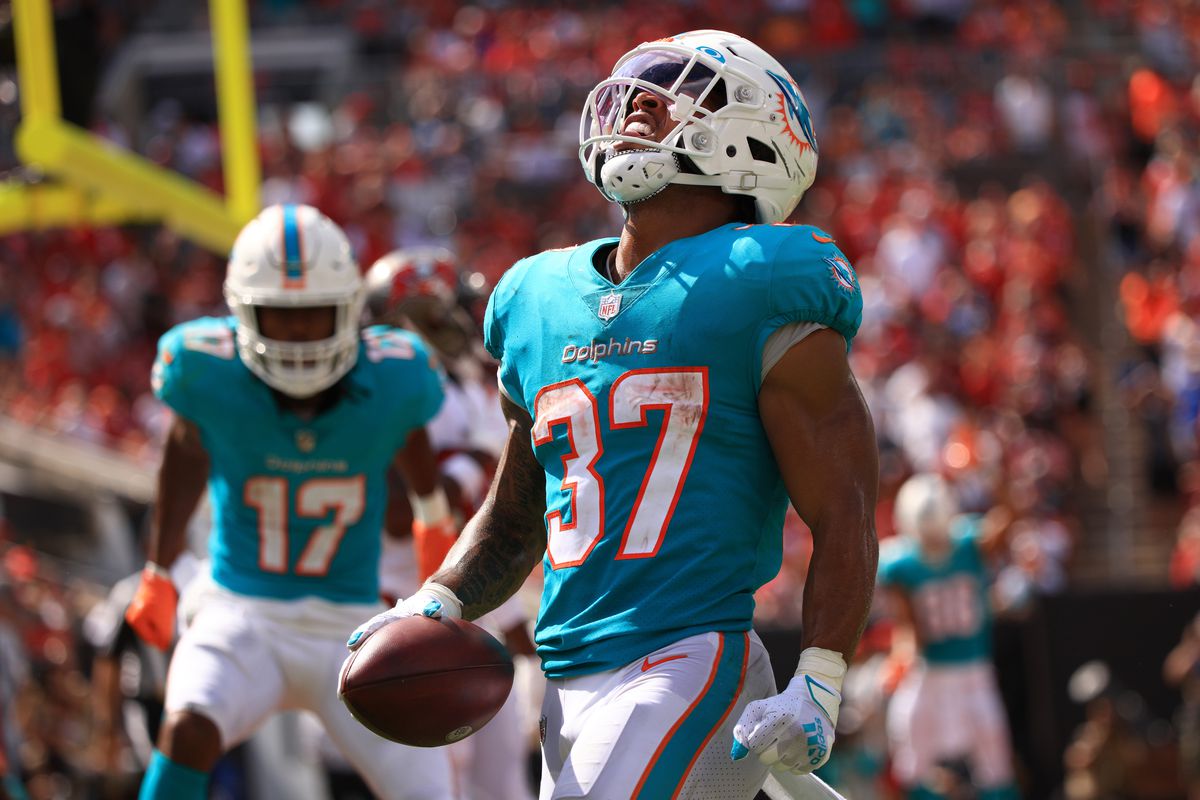 The Dolphins look for a rare win streak when they host the Baltimore Ravens on the short turnaround on Thursday. Miami was able to snap a 7-game losing skid with a 17-9 win at home over Houston last Sunday.

The Ravens travel on the short week coming off a 34-31 OT win over Minnesota last week. Baltimore has experienced some weird scheduling recently with four straight home games and a bye mixed in there, so how will the Ravens respond to their first road game since October 3rd – and with the quick turnaround for Thursday.

Baltimore is a -7.5 favorite on Thursday which seems like a number that will be hammered by the public bettors. Miami did pick up a win on Sunday, but against the equally bad Houston Texans who are now 1-8 on the season.

The Ravens had a tougher time than expected with the Vikings last week, barely escaping with a 3-point OT win as -7.5 favorites. Baltimore was coming off their bye week too so many people thought the Ravens would run away with that contest.

Minnesota was up 17-3 and 24-10 at points in last week’s game so the Ravens really are lucky to come away with a victory. Kirk Cousins threw for less than 200 yards in that game but did have 2 TD passes. Dalvin Cook also had 110 yards rushing but Miami doesn’t have near the offensive talent that the Vikings do.

Baltimore also ran the ball 45 times for 247 yards against Minnesota, but the Vikings now have the 3rd worst rush defense in the league. Miami is 17th allowing 111 ypg on the ground, but the Dolphins can be exploited through the air giving up 280.9 ypg (30th).

The Dolphins won last week even with (or perhaps because of) Tua Tagovailoa being relegated to 2nd string because of a finger injury. Jacoby Brissett was 26/43 for 244 yards with 1 TD and 2 INT in that game.

The Texans defense is also one of the worst in the league though, so did Miami underwhelm even though they got the win? Myles Gaskin had 20 carries for just 34 yards against a Houston rush defense that is 2nd worst in the league allowing 136.9 yards/game.

The Ravens defense is 5th in the league vs. the run (91.8 ypg) so Miami won’t have much of a ground game going again on Thursday. Baltimore does give up 282.5 ypg (31st) but can we trust the Dolphins passing game when we don’t know who Brian Flores will go with at QB?

The Dolphins defense did do a good job of intercepting Tyrod Taylor three times last Sunday in his return from an injury. Taylor completed 24 of 43 passes as Miami held an opponent to single digit scoring for the first time this season.

It’s a rough spot for Baltimore on the short week and with their first road game in over a month. That being said the Ravens have covered the number in 9 straight vs. Miami and the Dolphins are only on a win streak because they played Houston last week.

The Ravens will want to prove something on the national stage on Thursday night.

If you’re looking for more NFL picks like this Baltimore Ravens vs. Miami Dolphins matchup we’ll be providing 4* free NFL predictions on the blog all season long, and check out our Experts for guaranteed premium & free NFL Football picks!