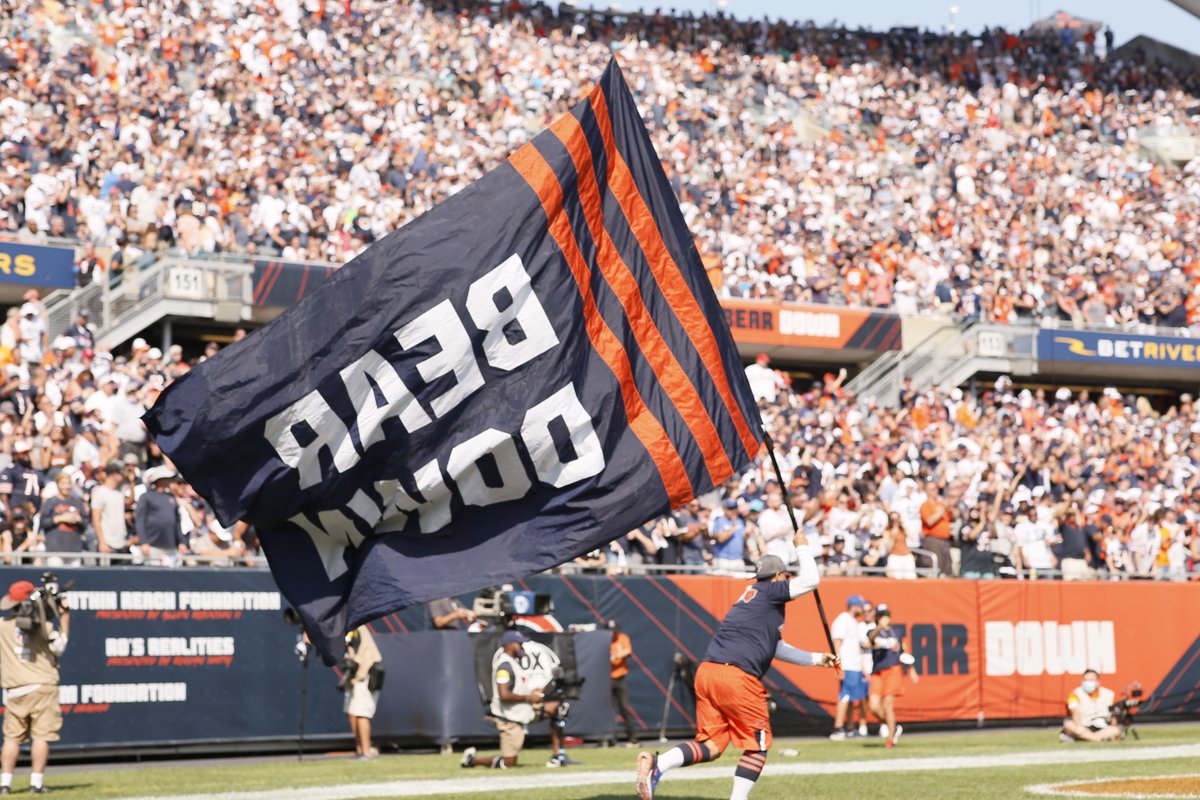 The Baltimore Ravens were embarrassed their last time in action, losing 22-10 in Miami in front of a national audience last Thursday night. Baltimore needed a comeback to beat Minnesota off their bye the game before that so they are not playing well right now.

Can Chicago strike while the iron is hot coming off their idle spot last week? The Bears were victims of horrible officiating in a Monday Night Football loss to the Steelers in their last game (29-27) and have now lost four in a row.

It’s been a rough month for the Ravens even though at 6-3 they are still atop the AFC North. Baltimore has been humiliated by Cincinnati (41-17), came back from two TDs down twice to beat the Vikings, and couldn’t get anything going in a 22-10 loss to the Dolphins.

Baltimore managed just 94 yards on the ground vs. Miami, a defense that ranks 29th in the NFL in yards allowed (383.1). Lamar Jackson had 39 yards on 9 carries, and also now has 3 INTs over his last two games.

The Bears will give up some yards on the ground, with the Steelers running for 105 on Monday (granted on 32 carries) and the 49ers compiling 140+ the game before that. Overall though Chicago has the #13 total yard defense in the league.

Baltimore’s defense let Tua Tagovailoa go 8/13 for 158 yards off the bench on Thursday, and the young QB sealed the deal with a TD plunge with just over 2 minutes left. The Ravens’ biggest blunder in that game was a Sammy Watkins fumble that got returned 49 yards for a score.

Chicago had a TD called back against Pittsburgh, and a lot of tack penalties called on them while Pittsburgh seemingly got away with the same offenses. If the referees don’t inject themselves and decide the 29-27 MNF loss to the Steelers maybe we are looking at the Bears a little different heading into the Ravens game.

Excuses aside, the Bears are still on a four game losing streak but they did look better against Pittsburgh. Chicago outgained the Steelers 414-280, and rookie QB Justin Fields came alive late throwing a go-ahead TD pass with 1:48 left, and then driving the team to a potential game winning 65-yard field goal that was missed as time expired.

Fields is up against the Ravens #32 ranked pass defense on Sunday, but on the flip side Baltimore is in the top 5 vs. the run (88.2 ypg). Chicago got RB David Montgomery back last week and he ran for 63 yards on 13 carries. The Bears have 136 and 176 yards rushing the last two games.

The bye week could help the Bears get healthy, especially on defense. Khalil Mack (foot) and Eddie Jackson (hamstring) both missed the Steelers game.

The Ravens haven’t look good over the past month, and now they head to Chicago to face a Bears team coming off the bye week. Chicago can pressure Jackson, especially if Mack returns.

The big advantage Chicago has in this matchup is the progression of Fields, who looked great in the 4th quarter vs. Pittsburgh on Monday. Matt Nagy and company have had an extra week to game plan, and the coach is running out of time to save his job.

The Bears moneyline could be a play here too, but that’s a lot of points to be getting at home.

If you’re looking for more NFL picks like this Baltimore Ravens vs. Chicago Bears matchup we’ll be providing 4* free NFL predictions on the blog all season long, and check out our Experts for guaranteed premium & free NFL Football picks!