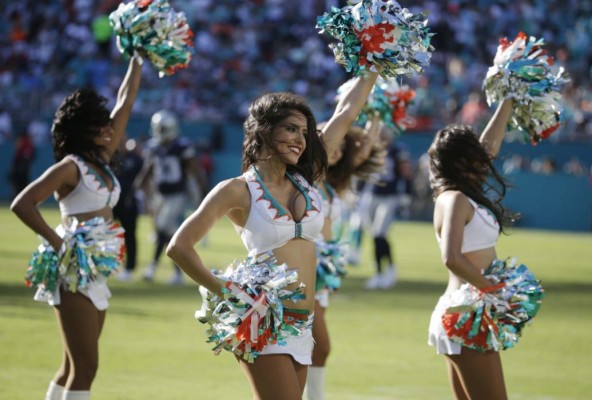 Week 3 enters play on Thursday night with the Atlanta Falcons and Miami Dolphins getting set for battle in Miami. Atlanta enters 2-0 this preseason, with Miami at 1-1.

Atlanta has been one of the more impressive teams this preseason, racking up back to back wins to start things off.

Starting QB Matt Ryan got a little more playing time last week, attempting 11 passes and completing 6 of them for 78 yards.

RB Devtona Freeman also got more time with Ryan in the backfield and added a touchdown to his credit on 42 yards.

The Falcons offense is showing a lot of promise this preseason, along with their reserves giving them a lot of depth and options to work with.

Matt Schaub and Matt Simms both are proving to be solid backups in the QB position as they come in off very successful games against Cleveland.

What will be a key to watch here is the wide out area. With the exception of Julio Jones, the Falcons have a lot of question marks at WR. Someone stepping up this preseason will have a solid shot to be a big part of this offense.

The Miami Dolphins took a step backwards last week with their blowout loss to the Cowboys 41-14. While the games clearly still don’t count, it was a bit of a bad loss considering their Week 1 win over the Giants 27-10.

The rather good news for Miami? Ryan Tannehill and the first team, which is obviously the most important, had a good showing. Tannehill finished 12/20 for 162 yards and tossed 2 2nd quarter touchdowns.

Defensively though, none of the team’s played well. Overall, the Dolphins were torched for 263 yards through the air and 170 on the ground.

Miami was picked apart in the secondary in the first half and followed that up with a poor performance against the run in the 2nd.

Look for that to be a major emphasis point for the coaching staff for Miami here in this one.

The Dolphins defense is extremely sketchy heading into this one.

Atlanta will give Matt Ryan and Devonta Freeman a lot more time and reps here, as the duo should have a field day with this defense.

If you’re looking for more picks like this Atlanta Falcons vs. Miami Dolphins matchup we’ll be providing 4* free NFL predictions on the blog all season long, and check out our Experts for guaranteed premium & free NFL Football picks!