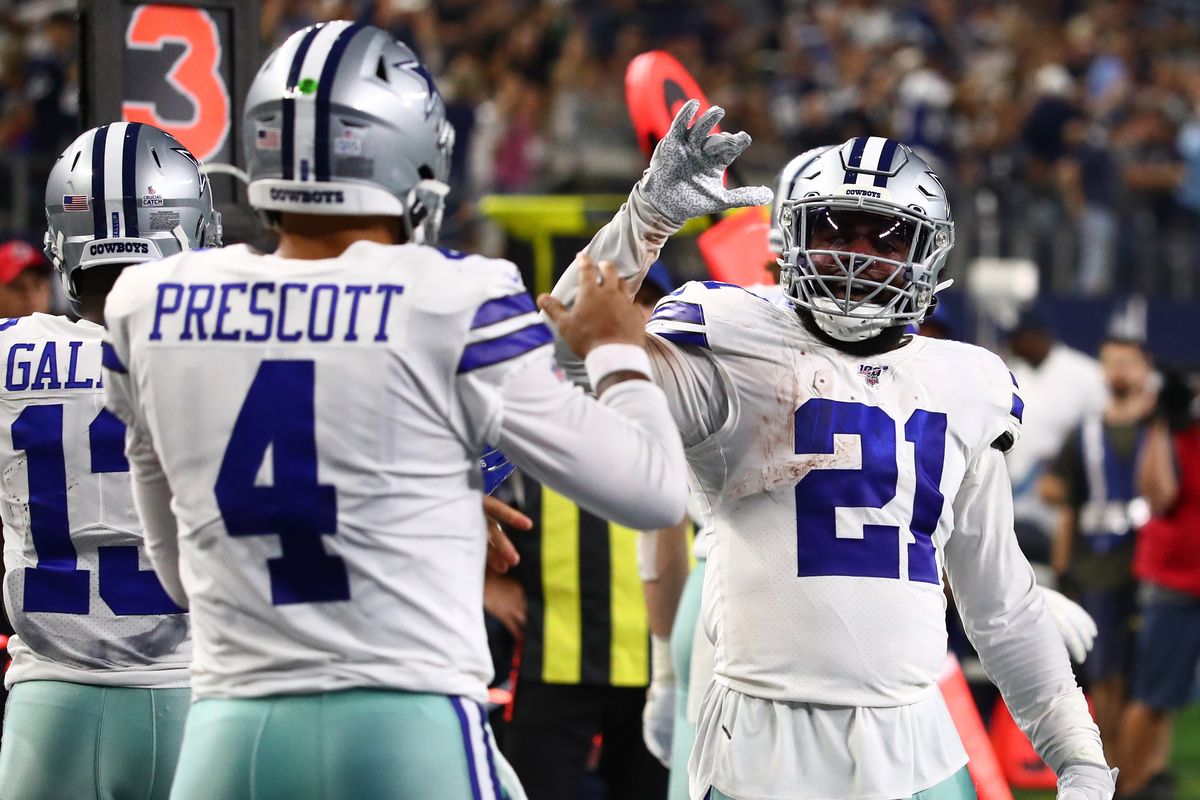 Atlanta nearly let a big fourth quarter lead slip away against New Orleans in Week 9 but wound up snatching a victory with a final field goal at the horn.

Dallas never really made a serious run at Denver, which came into Texas as a double-digit underdog and cruised to a victory by a wider margin than the spread.

Matt Ryan threw two touchdowns and ran for another in Atlanta’s 27–25 victory at the New Orleans Superdome on Sunday.

Ryan needed just 30 attempts to throw for 343 yards. Both his touchdown passes went to Olamide Zaccheaus.

His biggest completion of the day, however, came with a minute left in the game and went for 64 yards to Cordarrelle Patterson streaking down the sideline.

That play set up Younghoe Koo’s game-winning field goal. Patterson finished with a game-high 126 receiving yards. It was his first 100-yard receiving game in eight years.

And it was a good thing Ryan was sharp in the air because Atlanta had nothing doing on the ground, despite never abandoning the running game.

Patterson and Mike Davis each handled nine carries and the two combined for just 23 yards. Ryan cashed in a third touchdown on a goal line plunge in the third quarter.

With Calvin Ridley absent from the team, every other receiver seemed to step up for Atlanta. In addition to Zaccheaus and Patterson, Russell Gage caught seven balls for 64 yards and Kyle Pitts continued to take strides in his rookie season, catching another three balls for 54 yards.

Not to be underscored, the defense played well for the Falcons against Trevor Semien and the Saints. Atlanta shut New Orleans out in the first half. A scoring flurry in the fourth quarter was the only blemish on what was, for the most part, a terrific defensive showing.

The win as 6.5-point underdogs has the Falcons back to .500 and in the NFC Wild Card hunt.

A week after getting a big win against Minnesota with Dak Prescott out with injury, Dallas got its quarterback back and proceeded to come up well short of an encore in a 30–16 loss to the Denver Broncos.

The Cowboys were riding a six-game winning streak following a loss in Week 1 but Prescott went just 19-for-39. His two touchdown passes came late in the fourth quarter after Denver had already opened up a 30-point lead.

Prescott also threw an interception and the Cowboys lost a fumble, too. The most telling final state may have been the time of possession, of which Denver controlled nearly 42 minutes of.

Teddy Bridgewater finished an efficient 19-for-28 for 249 yards and a touchdown. He also ran one in from a yard out.

Ceedee Lamb and Amari Cooper caught just two balls each in Dallas’ Week 9 loss. The Broncos’ secondary deserved a lot of credit for that showing.

Atlanta is not nearly as strong in defending the passing game but its defense has been sneaky effective in its recent run of three wins in four games.

Without Ridley, Atlanta’s offense looked balanced. Not only did it continue to run the ball — despite lackluster results — Ryan spread the ball out to several different guys in the passing game.

The Falcons ought to be considered a live underdog in this one, just by virtue of how well they are playing on both sides of the ball.

The 9.5 points are more than enough to warrant a small play.

If you’re looking for more NFL picks like this Atlanta Falcons vs. Dallas Cowboys matchup we’ll be providing 4* free NFL predictions on the blog all season long, and check out our Experts for guaranteed premium & free NFL Football picks!