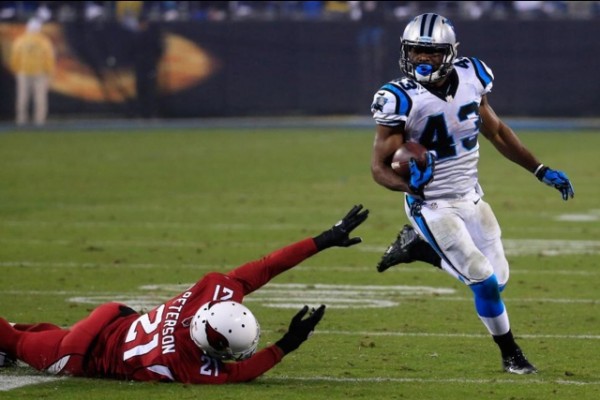 This is a matchup of the top two teams in the NFC this season. They really did separate themselves from the rest.

Kick off is set for 6:40 PM ET with Arizona looking for a different result from then these teams met in the Wild Card round a year ago. .

It might have taken longer than expected but the Cardinals dispatched the Packers last week at home. We all had a hunch it would be closer than the last time those two teams met.

The last two times these clubs met it was the Cardinals coming up short on the road in the playoffs. That was without Carson Palmer who has been so key to the success of Arizona this season. He was good but not great last week.

The same goes for the defense last week. Though it was encouraging they way they bottled up the GB running game.

If you take away one big Eddie Lacy scamper they did not get much done on the ground which is how Carolina will attack them.

After watching the Seahawks claw back in their loss last week the Cardinals have to be encouraged about their chances. Both on offense and defense.

There is some really good value getting this group as an underdog. They have only been in that spot once this season (1-0 SU ATS)

Last week Carolina put up as good a half of football as I can remember in the first half against Seattle. It was very impressive.

However, they also were pretty sluggish in the second half coming closer to squandering a 31 point lead than any top seeded team should. Alas, a win is a win right.

They are at home for this one and according to the oddsmakers that is the difference between the two teams who are both really good but stark in contrast, at least on offense.

Pretty much any team is because no other team has Cam Newton. That is just the beginning of the story though. Carolina will look to run the ball and feed Greg Olsen, one of the league’s best tight ends.

On defense they will find Carson Palmer a little easier to get too compared to Russell Wilson. They will have to crank up the heat because he has serious weapons to throw to.

This game seems like a coin flip and in those cases the underdog is usually the best bet.

Unlike the early game I don’t see either team dominating in this one. Should be close throughout.