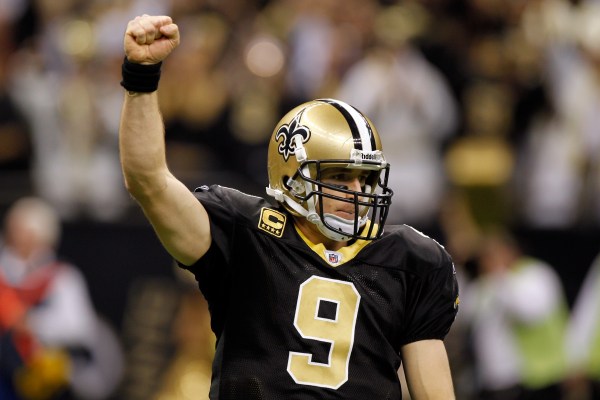 Ready to bet on 2017 Super Bowl Underdog picks? We’ve got some tips and odds for you! Super Bowl 50 has come and gone and now the long wait for football begins. However, that doesn’t mean we have to stop talking about football.

Let us go over some initial underdog sleeper picks that might be heading to Houston for  Super Bowl 51. Last year, you could have gotten the Carolina Panthers at 40-1 odds to win this year’s Super Bowl.

With that said, let’s look at some long shots who have a chance to play in Houston by this time next year.

The Baltimore Ravens finished off the 2015 year at 5-11, but they really weren’t that bad of a team. The injury bug hit them hard and they had a string of bad luck. It was just one of those years.

They still have a quality team, a very good coaching staff, and a reliable brain trust at the top. The Ravens have been I like their chances to bounce back in 2016 and getting 30-1 odds

It’s kind of funny, last year at this time the Atlanta Falcons weren’t thought of highly and were a value pick. The Falcons finished second in the NFC South at 8-8 and yet the feeling is that it was a disappointing year.

Well, in a way it was because this team got out to such a hot start that they were a lock for a playoff berth. Yet, when it was all said and done, they came up short.

However, this is still a team that has the pieces to win right now. Matt Ryan is a solid quarterback and if you give him a better offensive line he can win games with the talent that is around him.

I like Dan Quinn as a head coach and he improved this defense and I believe that continues next year. I know the Carolina Panthers are the toast of the town right now and they look like they’ll defend their division title for years to come, but things change quickly in the NFC South.

Look for the Falcons next year to compete and possibly even win the division next year. If they do, this is a team that is built to win now and they may make a deep run in the playoffs. At 40/1, I like those odds.

Like the Baltimore Ravens, the New Orleans Saints just stick out like a sore thumb. I know Drew Brees is an aging quarterback and he has seen better days, but you are giving me 40/1 odds on a Sean Peyton and Drew Brees led team to win the Super Bowl? Yes, please.

I don’t necessarily like the Saints as I believe they are trending downward and their defense is really poor, however, as I said, you are giving me a still elite quarterback at 40/1 and I’ll take that most of the time.

However, look at their schedule, it’s pretty manageable. The majority of their tough games came at home. They get the Seattle Seahawks at home, the Denver Broncos at home, the Los Angeles Rams at home, and the Oakland Raiders at home.

Sure they have to travel to Arizona, but that’s not the worst road game in the world, they play in a dome. Then they travel to San Diego and San Francisco. Those are two very winnable games.

The case can be made for the Saints, they can make the playoffs with the schedule they have and once you are in the dance and you have an elite quarterback leading the way, anything is possible. At 40/1 I’ll take those odds.

The Jacksonville Jaguars have a nice core of young talent, they just need to continue building upon that. Blake Bortles made a huge leap this past season and is looking like the QB of the future for the Jaguars.

The Jaguars just need a little bit of help on the offensive line and their defense needs to improve in order to take that next step forward.

It also helps that the Jaguars play in the AFC South, which is basically the weakest division in the NFL and I don’t see that changing next year.

Indianapolis will be better with Andrew Luck coming back, but their defense is still soft and full of holes. And then the Tennessee Titans and Houston Texans aren’t anything to lose sleep over.

Next year is probably too soon, but at 50/1 those are nice odds. This Jaguars team is a stock you want to be on for the next five years or so.

The Oakland Raiders have a lot of similarities to the Jacksonville Jaguars. Both teams are young and still in the process of rebuilding. Both teams have found their QB of the future, they have a lot of talent on the outside and Jack Del Rio is the former coach of the Jaguars.

The Raiders are trending upwards and next year is probably too soon, but a case can be made. Like the Saints, this is a manageable schedule.

The Raiders only travel near the Atlantic Ocean twice and that is to Baltimore and Tampa Bay…and Tampa is exactly a feared road game.

The Raiders get a couple of dome teams at home in the Indianapolis Colts and the Atlanta Falcons, the Carolina Panthers come to Oakland and the Buffalo Bills have to travel to Oakland.

The other two road games they get are New Orleans and Tennessee. Realistically, you have to think they go 2-2 against those opponents – lose to New Orleans and Baltimore, beat Tennessee and Tampa.

Again, they might be a couple of years away, but I believe Oakland may very well make the playoffs next year. The schedule sets up nicely for them and they have a nice young, talented team.

If you were to tell me that in 2020 the Jaguars and Raiders were to face off in the AFC Conference Championship game, I wouldn’t disagree with you.

Check out all the NFL Futures Odds From Bovada Sportsbook. (Below)