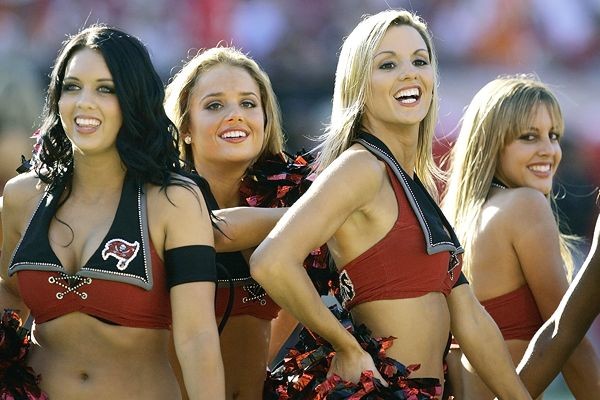 Looking for 2016 Tampa Bay Buccaneers Predictions? We’ve got your back. When the Tampa Bay Buccaneers used the No. 1 overall pick in the 2015 NFL Draft on Jameis Winston, it was clear he’d become the face of the franchise in short order. It was a fit made in heaven after Winston became a fan favorite in Florida while guiding the Florida State Seminoles to a national championship, then an appearance in the first College Football Playoff national semifinals.

Now Winston is in camp in what’s being called the best shape of his life (something we’ve heard about many athletes many times before). But in this case, the photo evidence backs that up.

Winston is said to be committed to what they’re doing in Tampa, and is taking all the right steps towards becoming a better quarterback. It’s his team.

But how long until that team that’s just one year removed from finishing dead last in the league is ready to take the next step and return to the postseason?

The Buccaneers added some veterans to their young core in the offseason. Defensive end Robert Ayers, linebacker Daryl Smith, and cornerback Brent Grimes all have some years on them, but they’ll help bring along the team’s young talent on that side of the ball.

In the first round of the draft, Tampa Bay added cornerback Vernon Hargreaves.

It was a perfect scenario for them when they came up to pick, as cornerback was a position of need, and Hargreaves was the best player available at the time.

Winston had a strong rookie season, throwing for 4,042 yards and 22 touchdowns. It sounds like he’s doing all the right things to improve as a quarterback, reportedly meeting up with his wide receivers to throw the ball around as early as March.

He dropped a reported 18 points, and has spent countless hours in the film room.

The Bucs’ group of pass-catchers is the envy of a lot of teams around the league.

Mike Evans is at the head of that group, and while he struggled with drops last season and wasn’t used as often as many expected in the red zone, he was still able to eclipse 1,200 yards.

Along with Vincent Jackson and Austin Seferian-Jenkins, there are a lot of big targets for Winston to find down the field.

Doug Martin returned to the scene last year in a big way. Only Adrian Peterson ran for more yards, and that earned Martin a new deal.

He’ll again share the backfield with Charles Sims, who will take the majority of the snaps in passing situations.

The Buccaneers’ defense quietly has two of the best players at their position hidden within a group that isn’t up to snuff because it’s been littered with so many holes.

But linebacker Lavonte David makes so many plays all over the field that it’s a shame he doesn’t get more recognition.

It’s easy for a defensive tackle to get lost in the shuffle and not receive the kind of recognition he might deserve, and that’s the life of Gerald McCoy, who’s been so good for so many years for the Bucs after initially looking like a bust early on in his tenure in Tampa.

The veteran additions and a quick start from Hargreaves can help push this unit into the top 10 in football.

There’s a lot to like about what the Buccaneers are doing, but they’re still a year or two away from really being able to compete at the highest level. The focus this year needs to be more on developing the team’s young stars, and less on winning games.

Expect them to fall around 5 or 6 wins.

What do you think about our 2016 Tampa Bay Buccaneers predictions? Please leave us a comment below telling us how you think they’ll do in the 2016-2017 NFL Season!