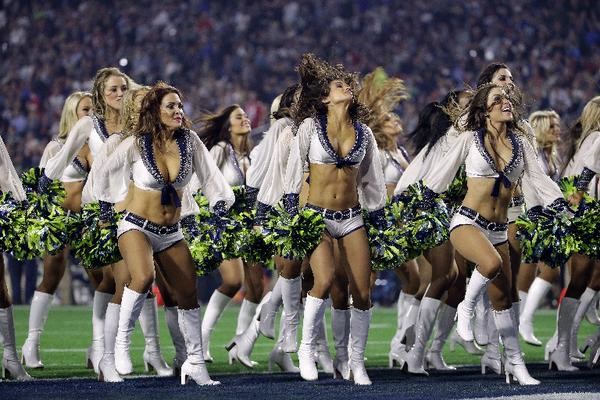 Looking for 2016 NFC West Predictions? With the preseason kicking off, now is the time to lock in your future bets. Divisional odds change every week throughout the season. Now is the chance to really steal some good odds and get yourself some value. The NFC West was a battle to the finish last season.

The Seahawks have been legit Superbowl contenders for the past 4 seasons and they’ve shown that by making at least the divisional round in all 4 seasons.

Last year, the Arizona Cardinals were just too much, resulting in them grabbing a Wild Card game against the Vikings.

They enter as favorites this season and rightfully so.

Russell Wilson is certainly in the discussion for being a top 5 QB in the NFL. Last season he had 38 touchdowns to just 11 interceptions. His best quality is his ability to escape the pocket.

There is no doubting this defense either. One of the best in the league, the Seahawks are led by Richard Sherman.

This team has the tools and credentials to be tops in the league and it is pretty much their division to lose.

Arizona comes in off their best season in franchise history as they tallied 13 wins. They have a lot of work to do though entering this season as it was shown they need a lot more to compete with the top teams in the league.

They get some help defensively from the free agent market, which includes DE Chandler Jones. Arizona’s defense was one of the best in terms of the secondary as they have two of the best young safeties in Patrick Peterson and Tyrann Mathieu.

While QB Carson Palmer has proven to be one of the tops in the league after last years performance, the run game is the biggest question mark for Arizona.

RB David Johnson will be in his 2nd year for the Cardinals and will look to get really take some pressure off Palmer. If he can figure things out and get into a groove early, this Cardinals offense is going to be a serious threat.

Football has entered the city of Los Angeles and the city couldn’t be a more happening place. However, with that comes a lot of pressure on head coach Jeff Fisher and the Rams.

It’s been since 2003 that the Rams have produced a winning record, but Jeff Fisher was retained for duties despite his struggles as head coach.

All the attention will be on Jared Goff, the number 1 overall pick. Goff, out of Cal, put up impressive numbers in his time at California.

He’ll have Case Keenum to compete with and while Keenum may get the nod out of the gate, expect Goff to get a lot of playing time this season.

The Rams are a young, interesting team. While they still have some work to do, an 8 or 9 win season would be a success here in 2016.

If the 49ers do any sort of damage this season, they’re going to make their backers a lot of money.

The 49ers have the worst odds to win the NFC and have plenty of unanswered questions.

It starts at the QB position. Colin Kaepernick or Blaine Gabbert? Does it really matter either? Both QBs haven’t done much recently and right now the front runner could be Gabbert.

The defense will likely be asked to do a lot. With the offense not really having a giant playmaker, they’ll be seeing a lot of time on the field. Giving the offense short fields and not digging them giant holes in terms of the score is a must for this 49ers team to have any success.

This is really a 2 team race.

The Seahawks are the team to beat as they are the best all around team entering the season.

The defending division champs in Arizona aren’t going anywhere though. This could come down to who wins head to head wise. With how good this Seahawks defense is, give them the edge and likely the division. Arizona and a Wild Card berth is a very strong possibility as well.

What do you think about our 2016 NFC West Predictions? Please leave us a comment below telling us how you think they’ll do in the 2016-2017 NFL Season!