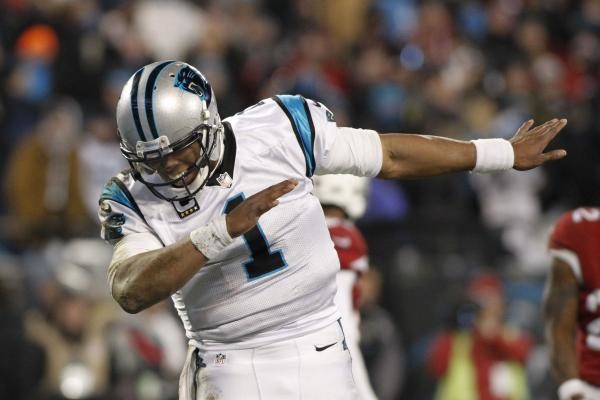 Looking for 2016 NFC South Predictions? With the preseason kicking off, now is the time to lock in your future bets. Divisional odds change every week throughout the season. Now is the chance to really steal some good odds and get yourself some value. The NFC South was a battle to the finish last season.

The Panthers at -300 are listed as the heaviest favorites in terms of divisional futures and rightfully so.

Carolina looked like they were going to cruise to a Superbowl last season dominating every team, even in the NFC Playoffs. However Cam Newton couldn’t figure out the Broncos defense and now Carolina enters this season with unfinished business.

QB Cam Newton gets a ton of credit for last season. Newton made his receivers and basically the entire offense better.

The Panthers used the draft to bolster their defense, which was already good last season.

However, the loss of CB Josh Norman is going to be a big one. Somebody will have to certainly step up in his place and really help out for the defense to have similar success.

The key for them this year will be Newton’s pass efficiency and ability to make big time plays.

He used that throughout the entire postseason, up until the Superbowl, but was criticized so often for making bad decisions with the pressure on.

While the Falcons were the team to end the Panthers undefeated season last year, they have a ton of work to do.

QB Matt Ryan has shown he has the ability to be a big time player when asked to step up, but his mistakes are certainly more highlighted than his achievements.

However, not all the blame can be put on Ryan. His receivers had 37 drops last year in the 2nd half, which was 4th most in the league.

With Roddy White finally off the team, Julio Jones and Leonard Hankerson, who was at the center of a lot of drops, will be asked to do a lot.

RB Devonta Freeman was the biggest surprise last season. He made a name for himself with big play after big play and took a lot of pressure off Ryan.

With not much depth behind him though, him staying healthy will be a giant key here in 2016.

Tampa Bay’s lack of improvement last season led to Lovie Smith being let go of his duties in the offseason. Offensive Coordinator Dirk Koetter was promoted and will have a lot of work to do to get this team over the hump.

Jameis Winston showed a lot of reason for hope last season in his rookie campaign. The now 2nd year QB has a lot of work to do in terms of improving his accuracy heading into this season.

He has the makings of a big time QB, but will need some help around him.

Perhaps one of the most surprising success stories of last season as the dual back system here in Tampa. Doug Martin and Charles Sims were one of the best tandems in the NFL.

They’ll have just as much pressure on them to succeed this season as they did toward the end of last.

The Saints were once one of the most feared teams in the NFL.

However, now it’s Drew Brees against all. The Saints finished 7-9 for the 2nd straight season and the real blame for that comes from their defense.

New Orleans has a weak front seven and their secondary continuously got burned with the deep ball. The Saints really did nothing to improve their defense in the offseason, which sets them up for another difficult season.

A major key for them will be the wide receiving core. Brees hasn’t been given much to work with over the past couple seasons, as the corp has almost been a revolving door.

Brandin Cooks is the most notable to be around the longest and is Brees number 1 target.

The rest of the crew is unproven and will have to help Brees out if this team wants any success.

The Panthers really don’t have too much to worry about here.

Carolina is by far the most talented team and their defense is better than the other three teams combined.

While there isn’t likely going to be a dark horse in this division, the Falcons have the best chance to compete with the Panthers.

They’ll certainly have to get them head to head to have any chance, but Cam Newton means all business heading into this season.

Expect the Panthers to runaway with the NFC South, with the -300 being the best price you see all season.

What do you think about our 2016 NFC South Predictions? Please leave us a comment below telling us how you think they’ll do in the 2016-2017 NFL Season!