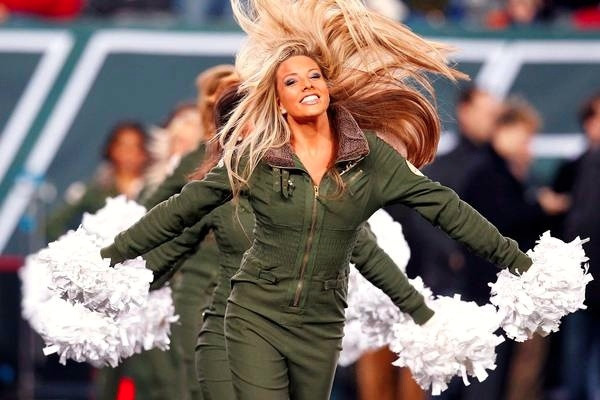 Looking for 2016 New York Jets Predictions? We’ve got your back. Any discussion about the New York Jets’ prospects for this season took a major left turn when the team finally came to terms with quarterback Ryan Fitzpatrick on a one-year deal that will see the Harvard alum earn around $12 million for this season.

For all his faults, Fitzpatrick has proven to be a terrific fit in Chan Gailey’s offense, and gives the team a far greater shot at double-digit wins than Geno Smith would have.

With him in tow, the Jets are legitimate playoff contenders, only missing out on a spot in the postseason in Week 17 of last season.

The biggest roster move of the Jets’ offseason was one that’s not much of a change at all. It occurred in late July when the team finally got Fitzpatrick to sign on the dotted line.

Some combination of Geno Smith and Christian Hackenberg would not have been pretty for Jets fans, and surely would have led to friction with the team’s elite receiving duo of Brandon Marshall and Eric Decker.

D’Brichashaw Ferguson’s abrupt retirement leaves a question mark on the left side of the offensive line, but a healthy Ryan Clady should plug that hole.

The team let Chris Ivory walk, adding veteran running back Matt Forte to head a backfield committee. Forte won’t break tackles or make defenders miss the way Ivory did, but he remains a valuable asset in the passing game.

If bringing back Fitzpatrick wasn’t vital to begin with, it certainly became so when the Jets swapped Ivory out for Forte – a clear sign they’ll be more reliant on the pass than they have been in recent years.

Gailey knows how to make such an offense work, and we know Fitzpatrick is a wizard in his system. If he can cut down on the turnovers, the Jets could really be on to something.

Bilal Powell turned into a real weapon for the Jets down the stretch as a pass-catcher.

Fitzpatrick’s never been shy about taking what the defense gives him and dumping the ball off to his backs, so it’ll be interesting to see what kind of frequency the team uses in spelling Forte with Powell.

Clady’s health on the left side of the offensive line will be key.

Ferguson was a shell of his former self a year ago, so he won’t exactly have huge shoes to fill, but Clady is a guy who’s ended two of the past three seasons on injured reserve.

For all the talk of everyone else, the team’s offense will again go as far as Marshall and Decker will take them.

If a third playmaking pass-catcher to the left or right of the formation can emerge, that would be a major boon. Sophomore wideout Devin Smith will hope to be that guy and bounce back from a forgettable rookie season.

The Jets’ defense is as top-heavy as you get. After big names like Darrelle Revis, Antonio Cromartie, Muhammad Wilkerson, and Sheldon Richardson, the team’s short on big-name playmakers on defense.

Leonard Williams has the skills to be the next guy added to that group, helping to make the Jets’ defensive line a truly elite unit between Wilkerson and Richardson.

David Harris will again be Mr. Reliable in the linebacking corps, and the team hopes Darron Lee can step up to create a solid one-two punch at the position.

The Jets have an interesting dynamic, with their two sides of the ball looking like they have the potential to be elite, but it just never came together last season.

They figure to get to double-digit wins again, but playoff success may still be out of their reach, particularly with little reason for optimism with their ground game.

What do you think about our 2016 New York Jets predictions? Please leave us a comment below telling us how you think they’ll do in the 2016-2017 NFL Season!