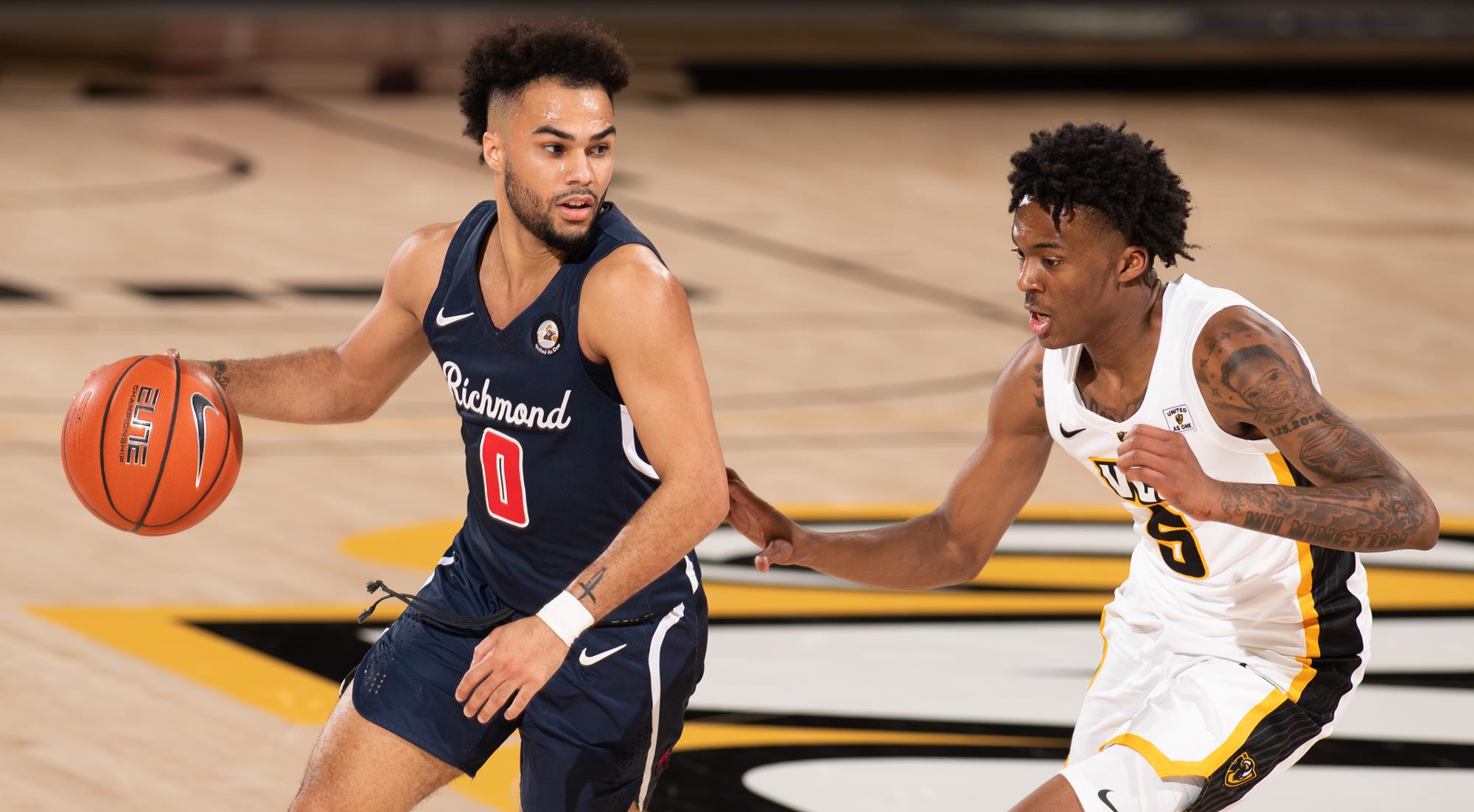 The VCU Rams and the Richmond Spiders will face off for the first half of the Capital City Classic this Saturday.

HISTORY: VCU and Richmond have met multiple times in each season dating back to 1976. VCU leads the all-time series 55-31 and they’ve won four of the last meetings.

Richmond is favored to win by three at home here.

VCU remains as competitive as ever, and they came away from non-conference play with win over Syracuse and Vanderbilt. The Rams were able to put Davidson’s 15-game win streak to a halt on Wednesday, after coming off with a 70-68 victory.

VCU has one of fiercest defenses in the nation, and they only allow 56.8 points per game, which is good for 4th in the country.

Mike Rhoades team goes about ten deep, and Vince Williams Jr. is their senior leader. The 6’6 forward double-doubled in the road win over Dayton, and he scored a season-high 21 points in the win over St. Joe’s last time out.

Williams Jr. leads the team in scoring (12.4) and rebounding (6.0), while dishing out 3.1 apg. He’s also blocked multiple shots in four of his last eight games.

VCU throws a trio of defensive guards at opposing defenses led Adrian Baldwin Jr. The 6’1 sophomore returned to action in their win over Jacksonville State, and he’s contributed everywhere. Baldwin Jr. played all 40 minutes in the win over Davidson, and he’s averaging 10.8 ppg, while leading the team in assists (5.1) and steals (3.4)

Freshmen Jayden Nunn scored 21 points in the loss to UConn, and he’s third on the team in scoring (9.0). Senior Keshawn Curry brings over 80 games of experience to the lineup and leads the backcourt in minutes, while scoring 9.0 ppg.

Levi Stockard III and Hason Ward line up with Williams in the frontcourt, with the latter second on the team in rebounding (4.4) and first in blocks (158).

Richmond ended the non-conference slate on a six-game winning streak, that included a road win over N.C. State and a victory over Toledo at the Robins Center. They opened A-10 play with a pair of losses, but they’ve won four of their last five games, and defeating Rhode Island on the road last time out.

The Spiders scored 74.1 ppg, and they are EXTREMELY experienced.

Tyler Burton is the youngest member of the starting lineup as a junior and he leads the team in scoring at 16.7 ppg. The 6’7 forward double-doubled in the win over URI, and he scored a season-high 29 points in a win over in-state rival ODU.

Grant Golden was granted a sixth season by the NCAA, and he remains a hassle on the low block for opposing teams. The captain is averaging 15.1 ppg, while grabbing 6.1 rpg and dishing out a respectable 3.2 apg.

Jacob Gilyard and Nick Sherod both returned for their fifth season’s and they’ve given UR solid guard play once again. Gilyard has been a menace defensively, swiping four or more steals in each of the past five games. He’s posting a healthy line of 12.4 ppg, 3.5 rpg, a team-leading 6.2 apg, and an A10-leading 3.4 spg.

Nathan Cayo also came back for his fifth year in RIchmond, and the 6’7 forward scored 14 points in the win over UMass.

Being from this city, I wish this game had more buzz and fierceness surrounding it.

I’m going to sway with my alma mater as “road” underdogs for this one. Both teams are contenders in the Atlantic 10, but VCU has dominated this series for a while now. UR will be up a fight, but the appeal of VCU as home underdogs after the big win over Davidson is too much too avoid.

Take VCU’s ML for this one.

If you’re looking for more College basketball picks like this VCU Rams vs. Richmond Spiders matchup we’ll be providing 4* free college basketball predictions on the blog all season long, and check out our Experts for guaranteed premium & free NCAAB Hoops picks!