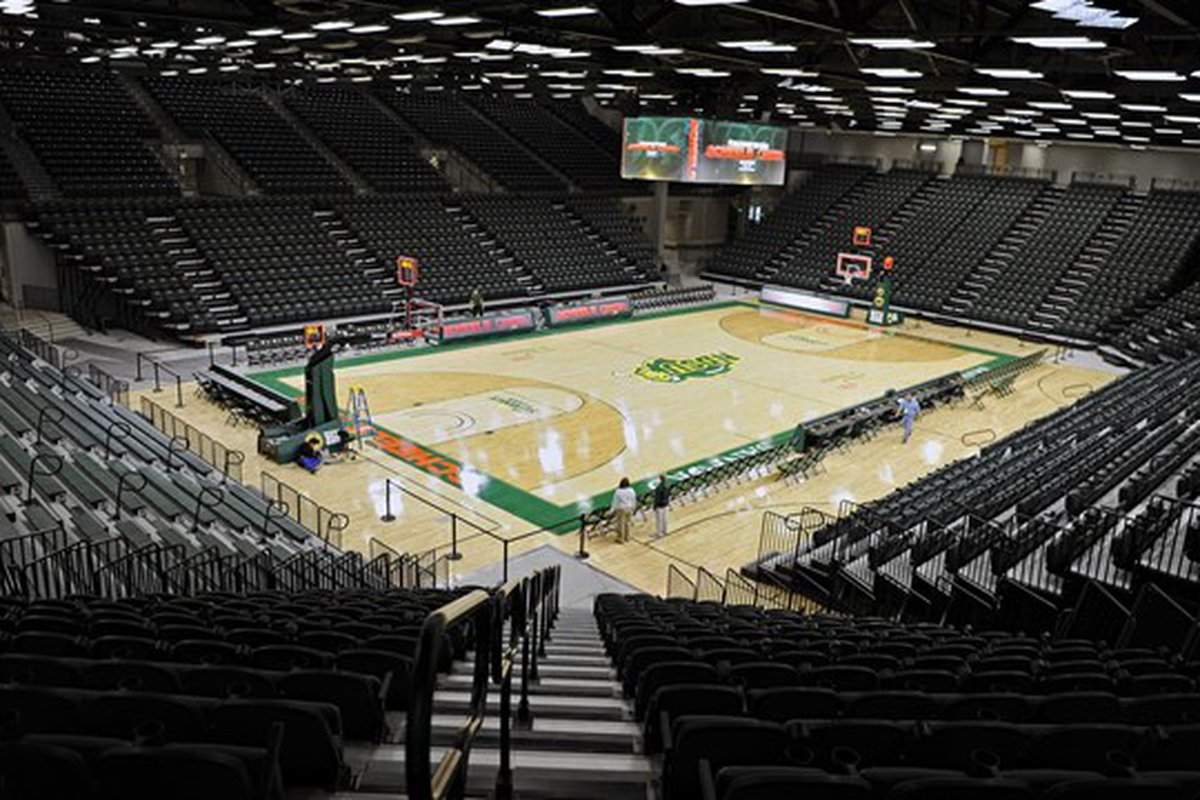 While the South Dakota State Jackrabbits have been playing flawlessly in conference play,  Oral Robers and North Dakota State are in a battle chasing the 2-seed for the Summit League Tournament.

The Jackrabbits are a perfect 14 – 0 in Summit League play and at this point, it is just about safe enough to say that they will be earning the top spot for the event. ORU has only 4 games remaining on their regular-season schedule and they will have a crack at those Jackrabbits along the way. ORU will play tonight against NDSU, and they’ll stay on the road to face North Dakota. They will play host to both SDSU and South Dakota making it a Dakota-fest before we hit the first part of post-season MADNESS. (Can you already start to feel the madness coming?)

The Bison are 11 – 2 at Scheels Center this season as they sit a half-game behind ORU for the second place position in the standings (11 – 3 & 11 – 4 resp). NDSU will only have 2 games left to play after this contest at home as they’ll host KC before finishing up the regular season on the road against in-state rival North Dakota.

If you aren’t enjoying Summit League hoops this season you are missing out on some good stuff! I follow this and the Big Sky Conference extremely closely so I am looking forward to this game for sure.

ORU wants the 2-seed for the Summit League tourney and if they win out they will hold on to it and that means they held off this Bison squad. ORU is certainly aware that the team across the court tonight wants that second spot just as much as they do and the Bison are sound at home.

The fact that North Dakota State already went into ORU’s house and took a 72 – 71 win on the road makes this an even more important game for the Golden Eagles. A second loss here would obviously give NDSU the tie-breaking edge for that valued 2-seed in the Summit League standings.

The Golden Eagles have won 4 of their last 5 games and if you are a fan of scoring you might want to feast your eyes on this ORU offense. Over those last 5 outings, the Eagles have soared their way to 453 points averaging 90.6 PPG as the 5th ranked scoring offense in the country is now up to 83.8 points per game for the year. Hello!!

In the recent win over KC, things didn’t go so smooth in the first half for this team as they were held to 35 points and were down 10 points going to the locker room. Coach Mills knows how to motivate his troops and we’ve seen him do it for 5 years now, so whatever he said at halftime? Yeah, it worked!

ORU came out and put 56 points on the board in the second half and that 10 point deficit turned into a 5 point win, 91 – 86. Expect 8 dudes to be doing the damage because it’s what we have seen from this program most of the season.

Max Abnas put up 19 in the win over KC and that actually brought his scoring average down to 22.8 PPG this year. Abnas is 4th in the entire nation with that number and amazing he is one of only two ORU players that average double-digits this season. Isaac McBride is the other, as he is putting up 11.3 PPG. McBride comes off the bench and landed 16 last time out so he certainly provides a spark when he gets time on the floor.

The Bison love home cooking and having the first meeting win in their pockets makes this game just as important for them too. Keep in mind that a loss here would actually put ORU up to basically needing one win to clinch that second seed so this is even bigger than the win from the first contest with the Golden Eagles.

The Bison are carrying a 5-game win streak into this game and they have taken wins from 8 of their last 9 outings as well. You guessed it, that loss was to SDSU as everyone has felt the Jackrabbits kick them around this season.

North Dakota State’s offense isn’t quite as formidable as the Golden Eagles, but they did indeed hold ORU to 72 points in that first meeting, albeit a loss. That is not easy to do and that will likely be the plan again for the Bison tonight. I don’t think their 107th ranked offense that puts up 74 per game really can outdo ORU for a second time but they will try.

Sam Griesel had quite a game last time out in the win over St. Thomas as he led the team with 24 points to go with 9 boards in the 75 – 64 win. Leading scorer Rocky Kreuser found his way to a 14 point effort which brought his average down a bit to 16.3 PPG. The Bison held St Thomas to 3 of 22 from behind the arc as the defense did what they have done all season.

The Bison rank 70th against the opposing 3-ball only letting teams score 31% of the time from behind the arc.

I know, everyone associates a good defense always wins over a good offense. Yeah, take that approach and stick it where the sun doesn’t shine in this case because it’s NORTH DAKOTA FUCKING STATE. This isn’t some shut you down defense despite the first showing that was a low-scoring affair. Once again I want those points in my pocket so think dog!

If you’re looking for more College basketball picks like this ORU Golden Eagles vs. NDSU Bison matchup we’ll be providing 4* free college basketball predictions on the blog all season long, and check out our Experts for guaranteed premium & free NCAAB Hoops picks!