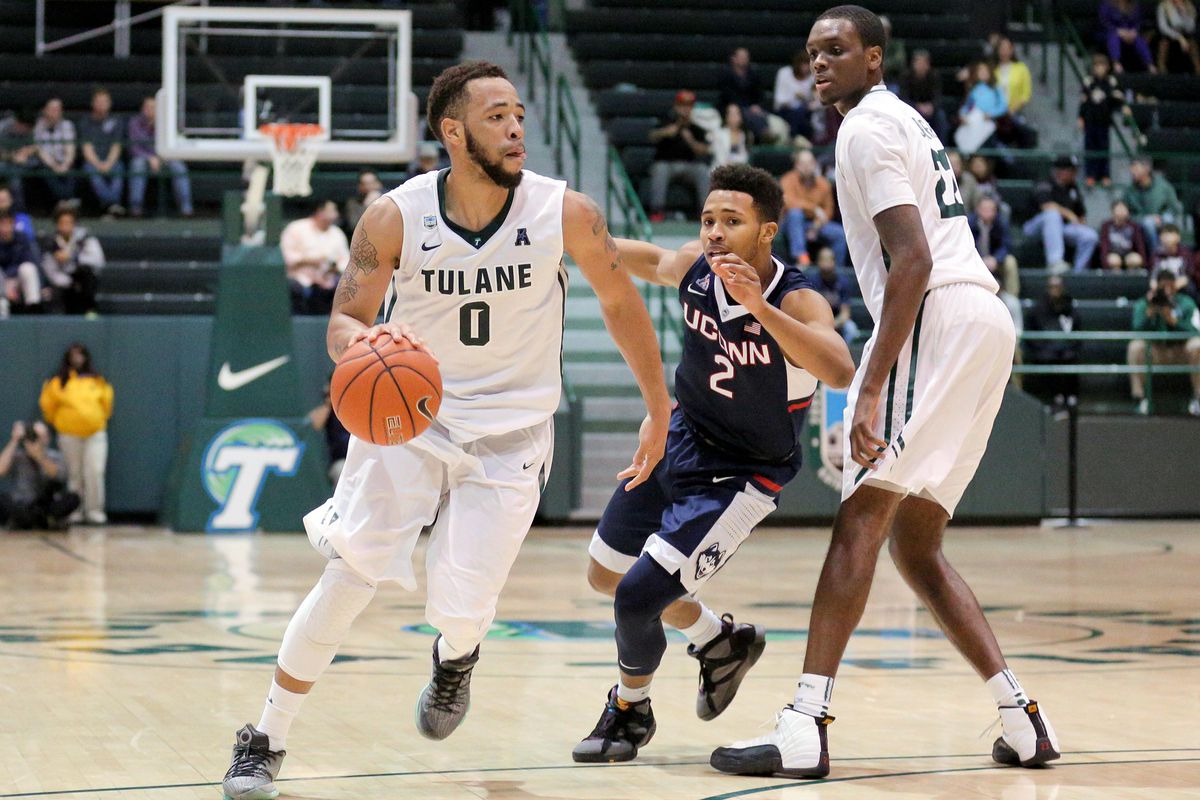 The Houston Cougars look to extend their conference winning streak to seven games Thursday when they travel to New Orleans to take on fellow AAC squad Tulane.

As is normally the case with Kelvin Sampson led teams, the Houston Cougars have been dominant on the defensive end again this season. Houston is allowing under 60 points a contest in their last five games. They lead the country in fewest points allowed with 56.3 points per game surrendered.

Houston is a team that loves to wreak havoc defensively. They apply relentless pressure and force the 17th most turnovers in the country. They allow opponents to shoot just 26.3 percent from deep, 43.1 percent from two and block 13.1 percent of their opponents shots.

Houston’s offense is led by the guard duo of Quentin Grimes and Marcus Sasser. The pair averages 34 points per game and has made up for the loss of Caleb Mills earlier in the season.

After a tough freshman season at Kansas, Grimes has enjoyed a resurgence at Houston. The junior is averaging 17.6 PPG, 6.7 RPG, and was recently named the AAC Player of the Week. Combine his efforts with the defensive tenacity of players such as Dejon Jarreau, Justin Gorham and Brison Gresham, and you get a Houston team that is firing on all cylinders.

Along with their defense, the Cougars are the top offensive rebounding team in the country. They average 73.8 PPG while allowing opponents to shoot 33.9 percent from distance.

Tulane comes into this contest fresh off the heels of back-to-back losses to Temple and Houston. Ron Hunter’s bunch has not posted an offensive rating of 100 or greater in each of their last four games, and they are 1-3 in that stretch.

Much like Houston and most teams in the AAC, Tulane prides itself on forcing turnovers and playing scrappy defense. The Green Wave force the 19th most turnovers in the country and hold their opponents to 43.5 percent shooting inside the arc.

Overall, Tulane averages 63.5 points per game and allows 62.2 points a night. One area of notice in this contest is free throw shooting. Houston tends to foul teams frequently and Tulane is shooting 77 percent from the charity stripe. If Tulane can draw fouls, they should be able to stay in this game.

Jaylen Forbes has been a bright spot for this Tulane team offensively. The Alabama transfer is averaging a team best 15.2 PPG. Forbes hasn’t had much help this season on offense, especially out of the frontcourt players.

I feel 17.5 points is a bit too much in this spot even though Houston won by over 20 points against Tulane recently. I’m predicting somewhere in the range of a 10 to 15 point loss for Tulane and feel they can scratch and claw their way to a close game despite Houston’s dominance. It’s harder to cover bigger numbers in slower paced games, and both of these teams play at a crawling pace.

If you’re looking for more College basketball picks like this Houston Cougars vs. Tulane Green Wave matchup we’ll be providing 4* free college basketball predictions on the blog all season long, and check out our Experts for guaranteed premium & free NCAAB Hoops picks!