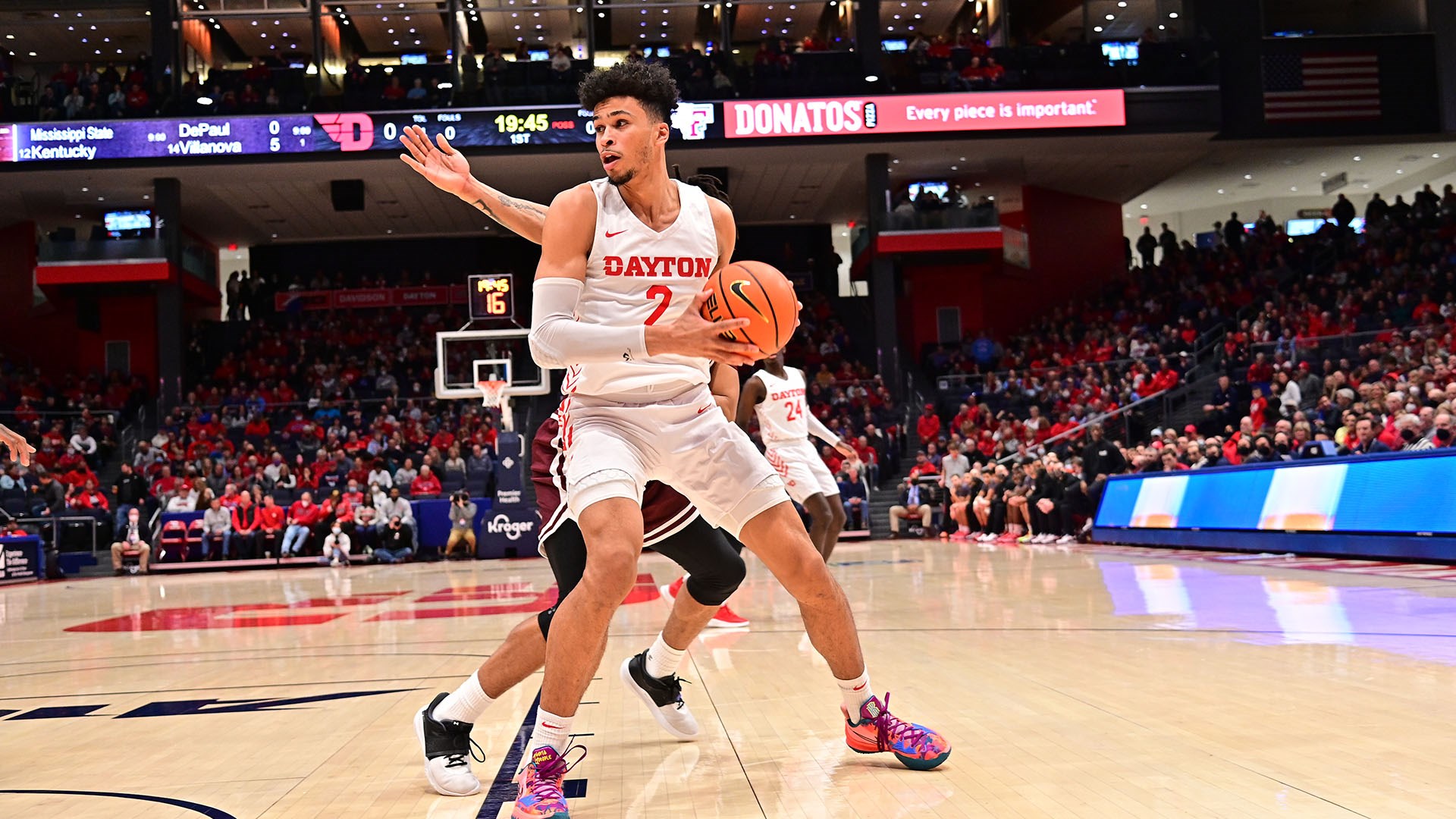 The George Washington Colonials will travel to Ohio and take on the Dayton Flyers for an A-10 battle this weekend.

Dayton will be favored to win at home here.

A slow start to the season will ultimately hinder GWU’s aspirations, but the Colonials have quietly won four of their last six games. Another big game from James Bishop led to GWU picking up a nice, profitable (+260) road win over UMass last time out.

James Bishop returned to DC after a successful first season in the Capitol. The junior has scored 24 or more in each of the past five games, and he leads the Colonials with 18.2 ppg.

GWU struck well through the transfer portal, bringing in guards Joe Bamisile and Brendan Adams. Bamisile, a Virginia Tech transfer, scored 24 points in the win over La Salle, and he’s second on the team with 15.1 ppg. Adams has come over from UConn and brought stability and experience into the backcourt, averaging 8.8 ppg and 3.8 rpg.

Fellow DC-bred guard Brayon Freeman has played a big role as a freshman. The 6’2 guard scored 17 points in the win over UMass, and he leads the team in assists (3.5).

Dayton had a respectable non-conference slate that included wins over Kansas, Virginia Tech, and Miami, and they’ve started A10 play on a strong note.

Since dropping their conference opener to VCU by one point, the Flyers have won eight of their last ten. They responded to a loss to Saint Louis by defeating Duquense by 21 at home last time out.

Anthony Grant’s team has been on of the stingiest in the country this season, only allowing 60.8 ppg, good for 14th in the nation.

Daron Holmes II is rapidly improving, and he’s been a force since the start of A-10 play. The 6’10 freshman scored 20 points in the win over St. Bonaventure, and he scored 21 points in the road blowout win over VCU. He leads the team in scoring (11.6), while grabbing 6.1 rpg and swatting 2.5 bpg.

Toumani Camara has come in and grown into the leader of this Dayton squad early. The Georgia transfer sets the tone defensively, and he posted his third double-double of the season in win over Rhode Island. Camara scores 10.1 ppg, while leading the team in rebounding (6.7).

Fellow freshman Malachi Smith has impressed early in the backcourt. The 6′ do-it-all guard scores 9.8 ppg, grabs 4.2 rpg, and leads the team with 4.8 apg.

DePaul transfer Kobe Elvis have come on since the start of 2022, and he’s scored 20 points in their last two road games against VCU and Saint Louis.

GWU’s guard play has the potential to pull this off, but Dayton defends extremely well at home.

The spread could open a little massive on this one, so if the Flyers come out and defend at high rate, it’s reflect on the total could be a safer route than the margin. GWU has shown the ability to cover as underdogs, and I’d rather trust the home team setting the tone defensively than banking a big win. Only Saint Louis has scored more than 61 points on the Flyers this season.

Take under for this Atlantic 10 matchup.

If you’re looking for more College basketball picks like this George Washington Colonials vs. Dayton Flyers matchup we’ll be providing 4* free college basketball predictions on the blog all season long, and check out our Experts for guaranteed premium & free NCAAB Hoops picks!