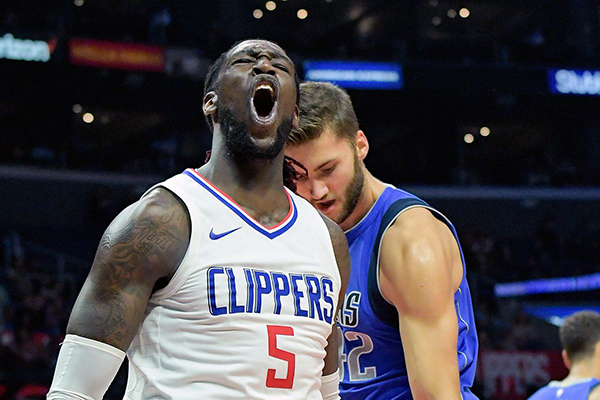 It’s a nice slate of games across the NBA on Monday and this should be a good one. The San Antonio Spurs make the trip to the STAPLES Center to take on the Los Angeles Clippers.

These teams have played three times so far this year, with the Clippers winning three games.

The San Antonio Spurs have been up and down this season, but they come into this game having won two games in a row.

The biggest issue with this team has been consistency but in their last game the defense had all kinds of success giving up only 90 points against the Charlotte Hornets. On the season the defense is giving up 113 points per game, so that has been a big improvement.

In the one game they won the defense gave up only 97 points, and that type of defense is going to need to be the difference in this game, especially on the road.

DeMarre Carroll is still out for the Spurs, and it’s unclear when he will be back as he deals with an illness. NOt having him has been a big hit to the depth of the Spurs.

On the other side of this matchup is the Los Angeles Clippers who have dealt with a lot of injuries this season but are one of the best teams in the Western Conference. Coming into this game they have won seven of the last nine games, including a dominating win in their last game over the Minnesota Timberwolves.

Over the last five games the offense is averaging 111 points per game while giving up 106.6 During that stretch they are allowing opponents to shoot only 43.8 percent from the field.

Kawhi Leonard is playing at an MVP level when he is on the court. In 24 minutes against the Timberwolves in the last game he put up 31 points.

In this game the offense needs to be good early and they need to try and run up the score. The higher scoring this game is, the better the chance they come away wit ha victory.

The Clippers are no doubt the better team in this matchup, but this isn’t a game that is going to end in blowout fashion.

The Spurs defense isn’t going to lockdown, but they are going to do enough. Back the Clippers to win this game, but the Spurs to cover the spread.

If you’re looking for more NBA picks like this San Antonio Spurs vs. Los Angeles Clippers matchup we’ll be providing 4* free NBA predictions on the blog during the entire 2019/20 NBA season, and check out our Experts for guaranteed premium & free NBA predictions!