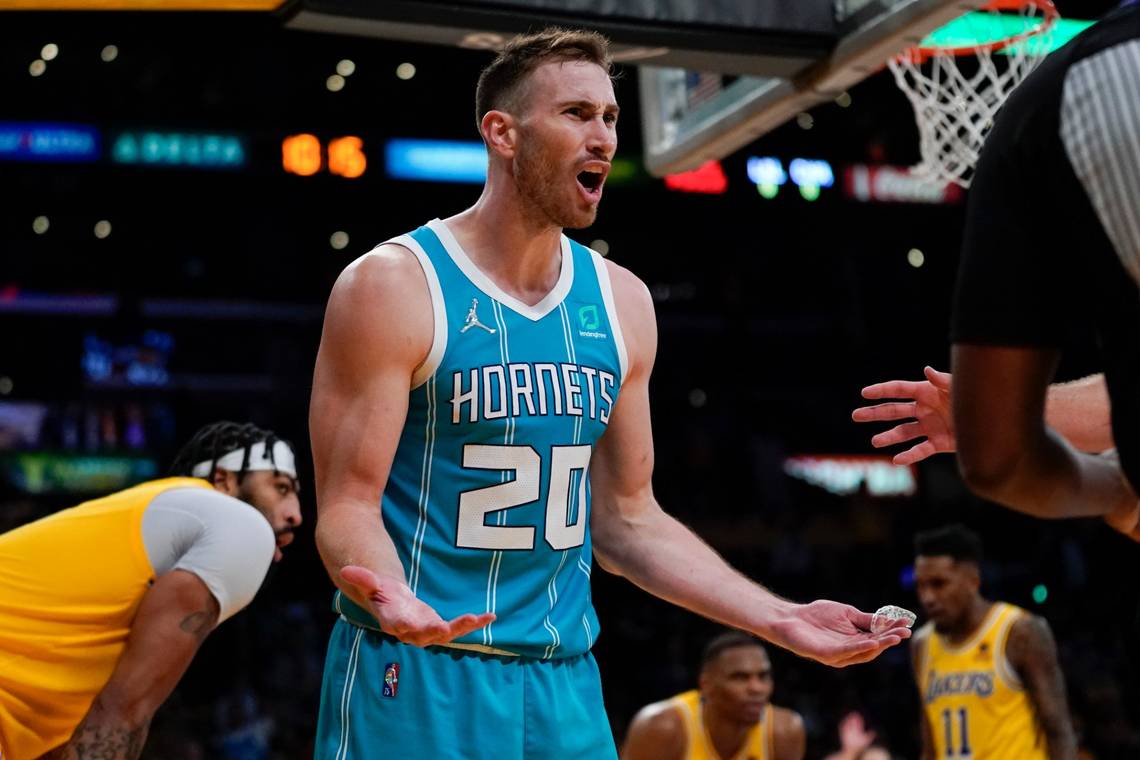 Last season the Hornets and Knicks met up for three games, with the series going to New York 2-1. Between the three contests, the teams each scored 315 points.

However, not one of the games was particularly close, with the closest margin being 9 points.

The New York Knicks enter today’s game having won 5 of their past 10 games. When playing away from home, the Knicks are an above .500 team, having gone 5-1.

As the road team, the Knicks travel to Charlotte with a positive plus-minus of rating 6.8 points.

Overall the Knicks are ranked 13th among NBA teams in point differential (1.7). Among NBA teams they have played the 27th toughest schedule.

In terms of betting, the Knicks have yet to give any sort of edge, as they have covered in 50.00% of their games. Their season-long plus-minus against the spread is -2.7.

On offense, the team’s leading scorer is PF Julius Randle. So far, Randle is averaging 21.92 points per game. This output places him 2nd in his position group.

Randle has also been the team’s best rebounder, averaging 10.5 rebounds per game.

The Knicks’ best three-point shooter has been Evan Fournier, connecting on 2.5 shots from downtown per game.

The Charlotte Hornets enter today’s game, having won just 3 of their past 10 games. When playing at Spectrum Center the Hornets have played at a .500 rate, having gone 2-2.

This record has come while playing the 13th toughest schedule. As they take on the Knicks at home, the Hornets have a negative home plus-minus of -0.2 points.

Overall the Hornets are ranked 21st among NBA teams in point differential (-2.3).

For bettors, taking the Charlotte Hornets to cover the spread has been a losing bet as they are covering the spread in 46.20% of their games. Their season-long plus-minus against the spread is -0.8.

On offense, the team’s leading scorer is SF Miles Bridges. So far, Bridges is averaging 21.31 points per game.

The Hornets’ best three-point shooter has been LaMelo Ball, connecting on 2.85 shots from downtown per game.

Mason Plumlee has been in charge of cleaning up the glass, hauling in 7.62 boards per game.

In this game, I will be taking Charlotte to win this game outright, With the over-under sitting at 222.5, I will also be taking this game on the under.

This contest will feature two teams who like to play at different tempos. The Knicks are one of the slowest-paced teams in the league, averaging 96 possessions per game. The Hornets are on the opposite end, averaging 101.

I see New York having a greater impact on the speed of play. Historically, when playing fast-paced teams, these games finish 5 possessions below that team’s usual output.

Offensively, I give the edge to Charlotte who when playing defensive teams like the Knicks, averaging 4 points per possession above the league average. This offensive efficiency has led to a win percentage of 54%.

If this line moves in favor of the Hornets, I recommend taking them until -3.

If you’re looking for more NBA picks like this New York Knicks vs. Charlotte Hornets matchup, we’ll be providing 4* free NBA predictions on the blog during the entire 2021 NBA season, and check out our Experts for guaranteed premium & free NBA picks!