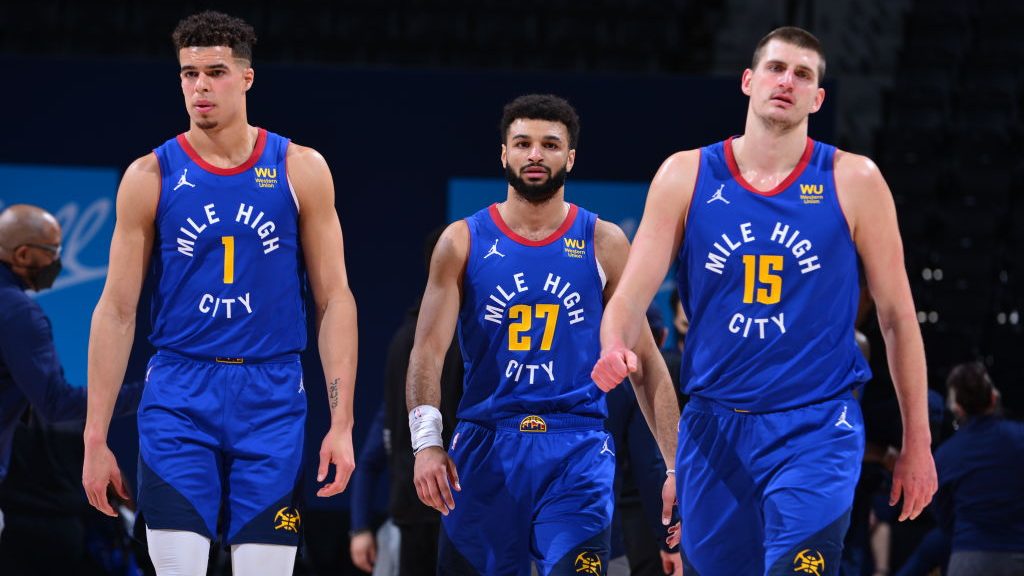 Last year these two teams met up for three games with the Mavericks taking the series 2-1. Combined, Dallas outscored the Nuggets by a score of 353-337.

The largest margin of victory came in game three as the Mavericks took down Dallas 116-103.

The Denver Nuggets enter today’s game having won 4 straight games. In their past 10 contests, the Nuggets’s have played above .500 basketball, going 6-4

As the road team, the Nuggets travel to Dallas with a negative plus-minus of rating -1.8 points. Overall the Nuggets are ranked 9th among NBA teams in point differential (3.7).

Among NBA teams they have played the 20th toughest schedule.

For bettors, taking the Denver Nuggets to cover the spread has yet to pay off as they cover in 50.00%%of their games. Their season-long plus-minus against the spread is 2.6.

On offense, the team’s leading scorer is C Nikola Jokic. So far, Jokic is averaging 25.09 points per game. This output places him 1st in his position group.

Jokic has also been Denver’s best rebounder, pulling down 14.09 rebounds per game.

The Nuggets’ best three-point shooter has been Will Barton, connecting on 2.42 shots from downtown per game.

The Dallas Mavericks enter today’s game, having won 7 of their past 10 games. When playing at American Airlines Center the Mavericks are an above .500 team, having gone 5-1.

This has come while playing the 22nd toughest schedule. As they get set to host the Nuggets,

Dallas has a positive home plus-minus of 4.2 points. Overall the Mavericks are ranked 20th among NBA teams in point differential (1.6).

For bettors, taking the Dallas Mavericks to cover the spread has been a losing bet as they are covering the spread in 33.30% of their games. Their season-long plus-minus against the spread is -4.2.

Mavericks’s best three-point shooter has been Tim Hardaway Jr., connecting on 2.75 shots from downtown per game.

Both of these teams come into this game looking to slow the game down. Compared to other NBA teams, each team is in the bottom 10 in possessions per game.

In the instances when these units play other slow-paced teams, these games finish 4 possessions below expectation. This style of play should benefit the Nuggets who win 76% of their games against slow-paced groups.

Despite having fewer opportunities than other teams, both the Mavericks and Nuggets are among the best teams in offensive efficiency. Look for Denver to take advantage as they score 10 points per possession above expectation when playing average defenses.

I expect this game to come down to the wire, with Denver pulling out the close win.

If you’re looking for more NBA picks like this Denver Nuggets vs. Dallas Mavericks matchup, we’ll be providing 4* free NBA predictions on the blog during the entire 2021 NBA season, and check out our Experts for guaranteed premium & free NBA picks!