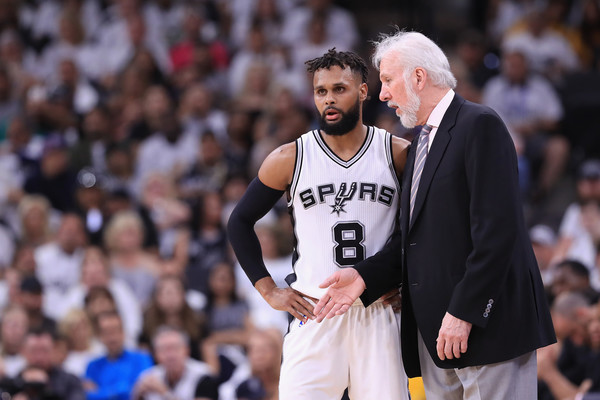 The fortunes of these two Texas teams have gone in different directions this season.

In the 21st century, the Spurs have forged themselves a dynasty and have become the premier basketball team in Texas.

The Mavericks have had their presence felt but have always played second fiddle to the Spurs consistent play year after year.

With the emergence of Luka Doncic and the retirement of Spurs legend Tim Duncan the tide has shifted this season to the Mavericks.

They have beaten the Spurs in both their previous meetings this season and look to continue their winning streak against them.

The Spurs will, however, bring the game to the Mavericks. Look for this to be a hard-fought game.

San Antonio’s inconsistency continues this season. They have shown the ability to beat quality opponents but have struggled to put together quality results in a row.

In their last two games since the returning from the All-Star break, they have had two contrasting performances.

Against the Jazz, they came out with balanced scoring from their starters, bench players, as well as finding efficiency in both their frontcourt and backcourt play.

In the next game against the Thunder, their starters were non-existent, their bench was decent but their overall play was dismal especially in three-point shooting.

Which Spurs will show up against the Mavs? If the former shows up they will be more than capable at beating the Mavs at home.

If they don’t it could turn ugly real fast.

The Mavs have been the surprise of the Western Conference this season. However, since Luka Doncic has been out through injury the Mavs have hit a speed bump.

They were shocked by the Hawks without Kristaps Porzingis and Doncic.

Porzingis will return to the lineup but Doncic is still a question mark. Porzingis has shown his ability to lead this Mavs team.

Tim Hardaway Jr. has also been a consistent contributor and a capable second or third option.

Porzingis will want to control the boards for the Mavericks and his presence will also force the Spurs frontcourt to guard him outside the paint.

This will open up the lanes and provide open shots for the rest of the Mavericks.

If Doncic does not start against San Antonio, the Spurs backcourt will bring the game to the Mavs.

They have a deeper backcourt and will test the Mavs early. This game will be tough to call but if Doncic starts its advantage Mavericks.

It’s going to be a close one. The Mavericks win down the stretch. Even without Doncic, Porzingis is a capable closer and Tim Hardaway Jr. is a solid number 2.

If you’re looking for more NBA picks like this Dallas Mavericks vs San Antonio Spurs matchup we’ll be providing 4* free NBA predictions on the blog during the entire 2019/20 NBA season, and check out our Experts for guaranteed premium & free NBA predictions!