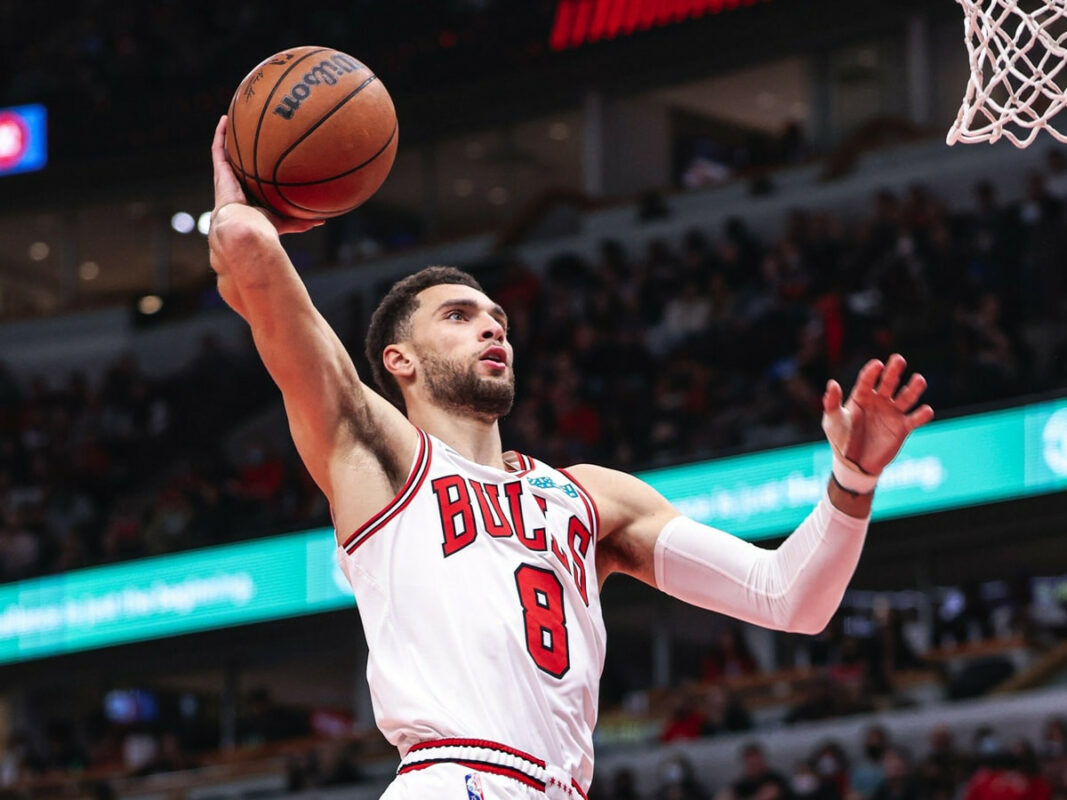 The Dallas Mavericks enter today’s game having won 3 straight games. In their past 10 contests, the Mavericks have played above .500 basketball, going 7-3.

As the road team, the Mavericks travel to Chicago with a negative plus-minus of rating -12.0 points. Overall the Mavericks are ranked 21st among NBA teams in point differential (1.6).

Among NBA teams they have played the 26th toughest schedule.

For bettors, taking the Dallas Mavericks to cover the spread has been a losing bet as they are covering the spread in 30.00% of their games. Their season-long plus-minus against the spread is -5.5.

On offense, the team’s leading scorer is SF Luka Doncic. So far, Doncic is averaging 24.9 points per game. This output places him 3rd among small forwards. Doncic is Dallas’ top rebounder, averaging 8 boards per game.

The Mavericks’ best three-point shooter has been Tim Hardaway Jr., connecting on 2.8 shots from downtown per game.

The Chicago Bulls enter today’s game, having won 7 of their past 10 games. When playing at United Center the Bulls are an above .500 team, having gone 4-2. This has come while playing the 19th toughest schedule.

As they get set to host the Mavericks, Chicago has a positive home plus-minus of 8.7 points. Overall the Bulls are ranked 5th among NBA teams in point differential (-0.9).

For bettors, taking the Dallas Mavericks to cover the spread has been a winning bet as they are covering the spread in 70.00% of their games. Their season-long plus-minus against the spread is 5.2.

On offense, the team’s leading scorer is SG DeMar DeRozan. So far, DeRozan is averaging 26.9 points per game.

The Bulls’ best three-point shooter has been Lonzo Ball, connecting on 2.7 shots from downtown per game.

Nikola Vucevic has been in charge of cleaning up the glass, hauling in 11.0 boards per game.

This season, the Bulls have been one of the NBA’s best stories. However, I expect Dallas to leave Chicago with a hard-fought victory.

I expect Dallas to have a larger influence on the tempo of this game, as they are one of the league’s slowest-paced teams. When the Mavericks play teams similar to the Bulls, the games finish 4 possessions below average. Dallas wins at a rate of 54%.

In this game, Chicago will have their hands full, against a Maverick offense among the league leaders in offensive efficiency, Historically, this has caused problems for the Bulls, who allow teams to score 5 points per possession above expectation.  This poor defense has led to a winning percentage of just 26%.

The Mavericks offense does a good job taking advantage of their opportunities vs. average defensive units. On average, they score 4 points per possession above expectation, winning by an average of 2 points.

My projection for this game is Dallas pulling out a 112-110 victory over Chicago. Look for Luka Doncic to continue his strong start to the season, helping his team pull of the early season upset.

If you’re looking for more NBA picks like this Dallas Mavericks vs. Chicago Bulls matchup, we’ll be providing 4* free NBA predictions on the blog during the entire 2021 NBA season, and check out our Experts for guaranteed premium & free NBA picks!