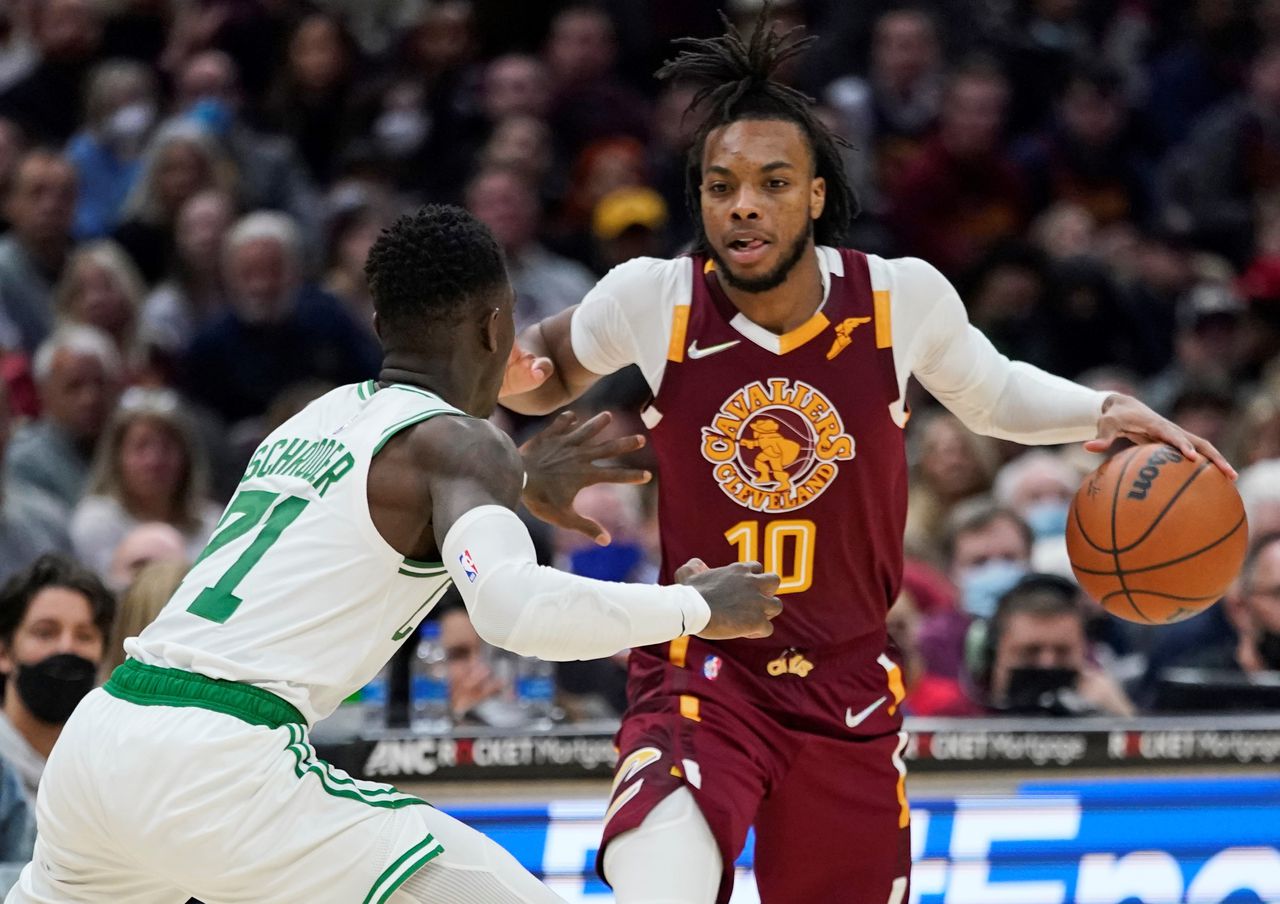 Monday, January 17th the Brooklyn Nets face the Cleveland Cavaliers for the third time this season. Brooklyn won both prior games on November 17th (109-99) and 22nd (117-112). The clubs will play one final time this season in Brooklyn on April 8th.

Both teams last played on Saturday with the Nets defeating the Pelicans 120-105 while the Cavaliers beat the Thunder 107-102.  All-time the Cavaliers hold the advantage winning 104 of 186 matches. Last season the Cavs took two of the three contests.

Although the Nets got the victory on Saturday and moved back into second place they lost much more with Kevin Durant suffering a knee sprain when Bruce Brown fell backward into his leg.

The news got worse following an MRI that confirmed he’ll miss between four and six weeks with a sprained MCL. If you caught the play it didn’t look that serious but after missing a season due to a torn Achilles there was reason to be concerned.

As it turns out the decision to backtrack on allowing Kyrie Irving to participate in road games was timely given this news.

KD was on pace to potentially win his second regular-season MVP. Despite having James Harden as a running mate, the Nets aren’t 27-15 without their star who is averaging 29.3 points, 7.4 rebounds, 5.8 assists, 0.8 steals, 0.9 blocks, and shooting 37.2 percent from the perimeter on 5.0 attempts per game.

The stats are semantics however because his presence on the court and how it impacts his teammate’s mindset can’t be measured. Knowing they’ve got an MVP that can be deferred to when the Nets need a bucket and is close to indefensible in clutch situations is invaluable.

On the road, Brooklyn will have Irving and Harden but at Barclays, everything will fall on Harden’s shoulders. To that end, oddly Irving is listed as questionable for Monday despite the team being on the road.

Although the Cleveland towers (Jarrett Allen and rookie Evan Mobley) are getting tons of shine for the Cav’s Cinderella season there is a case to be made that Darius Garland is the team’s MVP.

While he was out dealing with the health and safety protocols the team lost three of four games and on the season are 2-4 in matches he’s missed. Granted, Allen was out for two of those games but clearly, Garland is what makes the Cavs offense tick.

In the win versus the Thunder, the Cavs trailed by 18 points but fought back behind Garland’s massive 27 points and career-high 18 assists double-double.

His big man Allen also served up a double-double of 13 points and 13 rebounds while Evan Mobley (20), Kevin Love (13), Lauri Markkanen (12) were the other double-digit contributors.

Rajon Rondo (hamstring) missed the game Saturday and is listed as questionable for Monday. Rubio (torn ACL) and Collin Sexton (knee) are both lost for the season.

Over the next five games, the Cavs will be tested with matches against three of the top four Eastern teams (Nets, Bulls, Bucks) plus the surging Knicks and get another shot at the Thunder.

Meanwhile, the Nets will begin a stretch where they’ll play 12 out of 16 games on the road with the assumption Irving will play in all the road games. Ironically, if Durant were to return in the shorter four-week period it would coincide with the end of that road-heavy stretch.

Or if he’s out the six weeks it would align to just after the All-Star Break. Injuries are never a good thing but the timing of this was fortunate timing.

This will be an opportunity for Irving to lead the Nets in KD’s absence. That said, I think Brooklyn keeps it close but with the uncertainty of whether Claxton will play I’m leaning to the Cavs winning.

If you’re looking for more NBA picks like this Brooklyn Nets vs. Cleveland Cavaliers matchup, we’ll be providing 4* free NBA predictions on the blog during the entire 2021 NBA season, and check out our Experts for guaranteed premium & free NBA picks!