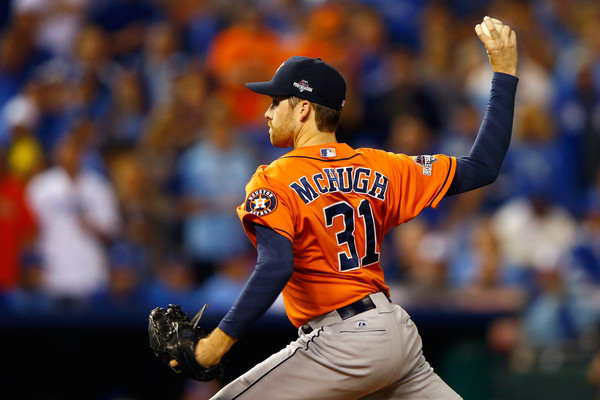 The Astros took Game 1 Monday night 2-1 in 14 innings, so the Jays were looking to even things up Tuesday night.

Toronto just took two of three games from AL East-leading Baltimore over the weekend, and has now won three of its last four series.

Monday night the Blue Jays tied the game on a Russell Martin homer leading off the top of the ninth, but could get nothing else, and eventually lost on a Carlos Correa double in the bottom of the 14th inning.

On the night Toronto bats managed just six hits, while striking out 22 times.

So heading into Tuesday the Jays were tied with Boston for second place in the divisional race, just a game back of the Orioles, and led the American League wild-card race.

By our tough accounting Estrada is only nine-for-18 on quality starts this year, but it’s also been 12 starts since he gave up more than three earned runs in an outing.

Last time out he allowed four runs – three earned – in six innings against Baltimore, and just before that he held Seattle to two runs through six frames.

So in two starts since a stint on the DL Estrada has allowed five ER through 12 innings. The Blue Jays are 10-8 in Estrada’s starts this year, with the “unders” going 12-6.

In his most recent start against Houston, back in May of last season, Estrada gave up two runs through five innings, striking out eight, in a game Toronto eventually lost 6-5.

Houston, meanwhile, just got swept three games in Detroit over the weekend, losing Sunday’s finale 11-0. Just before that the Astos dropped two of three to the Yankees.

But they took the opener of this series Monday night, thanks to a great start from Doug Fister and some good bullpen work. Still, that’s five times in its last seven games Houston has scored three runs or less.

But while the Astos trail division-leading Texas by 5.5 games in the AL West, they’re also just 2.5 games behind Boston in the battle for the second American League wild-card spot.

McHugh (7-7, 4.75) is having a bit of trouble following up a great 2015. So far this year he’s only nine-for-21 on quality starts, and while he had been better lately, he’s coming off a terrible bombing in which he gave up eight runs in less than two innings against Detroit last Friday.

On the season McHugh has allowed 139 hits through 116 innings. And yet Houston is 13-8 in McHugh’s starts.

In three career outings against Toronto McHugh has held that potent lineup to six runs over 19 1/3 innings; the Astros won two of those games.

We’ll give the Blue Jays short edges in the starting pitching match-up and with the sticks, and they’re getting an underdog price. So we like Toronto on the side.

Also, neither team has hit right-handed pitching all that well this season, so despite the recent totals trend in the series between these two teams we’re thinking “under.”

If you’re looking for more picks like this Toronto Blue Jays vs. Houston Astros we’ll be providing 4* free MLB plays on the blog all season long, and check out our Experts for guaranteed premium & free MLB Baseball picks!