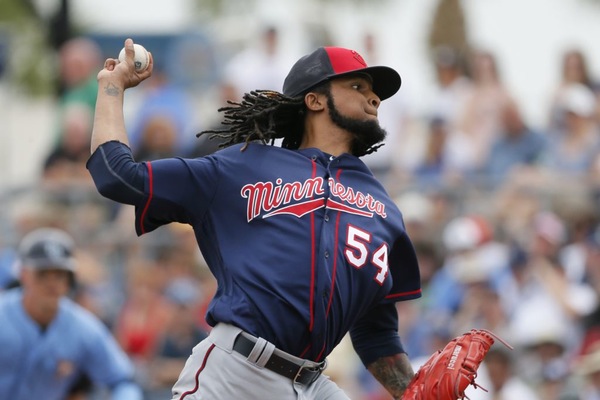 The Rangers take on the Twins at Target Field in game 1 of a 3 game series.

The Rangers continue to roll as they have won 4 of their last 5 games going into Thursday and have scored 39 runs during that stretch.

They find ways to win games they aren’t expected to which can make a play against them feel uneasy.

The Rangers lead the AL and have a 9 game stronghold in the AL West. They are now averaging 5 runs per game and have been putting up big offensive numbers to drive that average up.

They do well in most offensive categories which gives them a well balanced and dynamic attack. Combine this with their runs allowed per game of just 4.3 and they become very difficult to defeat.

Although he has been just average for the Texas, he keeps them in the ball game every game so this sets them up well for the win.

With the way the Rangers are scoring right now and his consistency, this should prove to be successful against the Twins.

The Minnesota Twins are an interesting group of players. They seem to define hot and cold but they’ve been more cold than hot all season and completely inconsistent.

They are the worst team in the AL and are at the bottom 3rd or rock bottom of most statistical categories. Even though they are so bad, they seem to string together wins now and then so you can never fully count them out.

In addition to their generally poor offense, they have the 2nd worst runs allowed in the league. They give up 5.5 runs per game.

Erwin Santana has been much better than the team’s average with a 4.64 era and 1.44 whip.

However, his 3 outings prior to the 2 versus the Yankees, he gave up 5 runs per game.

So, although he is capable have pitching a good game, just as the Twins are capable of winning any game at random it seems, him and the team are just unreliable.

The Twins can show up any game offensively but they are still the 2nd worst team in the league in terms of runs per game.

I think this game may stay close and we have to go with the averages. Both pitchers are capable of pitching really well but also really poorly.

Both offenses are hot at the moment as well.

If you’re looking for more picks like this Texas Rangers vs. Minnesota Twins matchup we’ll be providing 4* free MLB plays on the blog all season long, and check out our Experts for guaranteed premium & free MLB Baseball picks!