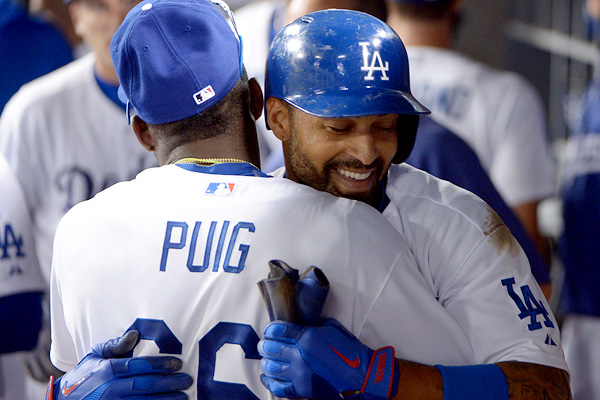 The Dodgers host the Rays Wednesday afternoon to close off their short two game series at Dodger Stadium.

The Rays are currently on a three game losing streak and have been awful all season.

The Dodgers have won two in a row and are definitely looking to take this one down as they battle for top spot in the NL West.

The Rays have not only lost three straight games but have lost 16 of their last 21 games!

They have scored just five runs in their last three games.

They had a little three game win streak going prior to their current losing streak but that feels like a long time ago already.

They average just 4 runs per game on the season.

Matt Moore has pitched pretty good for the Rays as of late, he’s given up just five runs over his last two starts over 14.1 innings.

In his last five starts, he’s given up three or less runs in four of them.

The Rays have managed to win in three of his last five starts.

The Dodgers have played well in recent history and currently have a 2.5 game lead to hold the first wild card spot.

They’ve won three of their last four games and have scored 25 runs over those four games.

The Dodgers aren’t a particularly high scoring ball club, they average just 4.4 run per game and are 16th in the league but they get it done on the defensive end consistently.

They are fourth best in the league when it comes to runs against, averaging 3.7 per game.

Brandon McCarthy has been great in just four starts for the Dodgers this season.

He’s pitched two shutout games and the other two he gave up two and three runs for a grand total of five runs over 22.1 innings pitched.

His WHIP is outstanding, just 0.72, so don’t expect the Rays to get many, if any, on McCarthy.

Both pitchers are pitching well right now but McCarthy is pitching way better.

Neither team typically scores a lot but the Dodgers are on fire offensively at the moment.

Although the Rays are finding ways to win more than usual when Moore is on the mound, this game is clearly in favor of the Dodgers.

This game looks like it’ll be low scoring despite the Dodgers scoring a bit more as of late.

It is possible the Dodgers break out but good pitching always prevails.

If you’re looking for more picks like this Tampa Bay Rays vs. LA Dodgers matchup we’ll be providing 4* free MLB plays on the blog all season long, and check out our Experts for guaranteed premium & free MLB Baseball picks!