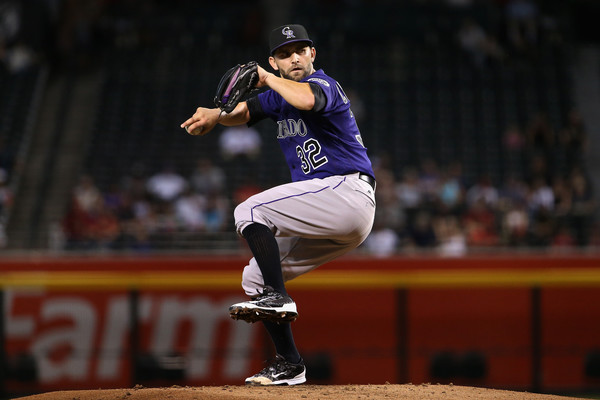 The Rays take on the Rockies at Coors Field in game two of this three game series.

The offensive friendly ball park should be a big change for the Rays offensively unfriendly ballpark. They’ve scored just 10 runs in their last 5 games.

The Rockies are back home after taking 2 of 3 in Atlanta.

The Rays stink, it’s as simple as that. They struggle to put up runs and they give up too many as well.

They’ve also have been without one of their best since June 20th, when Steve Pearce went down to injury. They are also without Desmond Jennings.

Blake Snell has been pretty good for the Rays comparatively to the rest of the team with his 3.69 ERA.

He’s still not enough for the Rays though because they struggle terribly to put up runs and Snell still gives up at least 3 over 6.2 innings on a typical outing.

He gave up just 2 over 6 against the Angels on July 7th but the Angels still scored 5 by the end of the ball game.

The Rockies score a lot and they give up a lot, at home especially.

They score 5.2 runs per game, mainly because they have the most offensive friendly ballpark in the league and in their last 7 games they’ve scored 40 runs.

They consistently reach double digit scoring at home too, so Snell will have his hands full in this one and will be lucky to make it through 5 innings.

Chatwood has been great for the Rockies. He’s won 3 more than he’s lost and holds an incredible 3.29 ERA despite pitching at Coors Field.

He understands how to pitch a quality game at home. In his last 5 starts at home, he’s given up just 16 runs and lasted a minimum of 5 innings. His longest outing he lasted 7 twice!

That is quite a feat at Coors field.

The Rockies are just too powerful offensively for the Rays.

They are also at home, where they are used to playing and understand the park better than the AL Rays.

Pitching matchup goes to the Rockies too.

Snell typically gives up 3 and it should be even more in Coors field against the Rockies. They’ll likely score at least 6 or 7 by the end of this one at minimum.

The Rays should score a bit more than usual considering their home ball park is the polar opposite of Coors Field.

If you’re looking for more picks like this Tampa Bay Rays vs. Colorado Rockies matchup we’ll be providing 4* free MLB plays on the blog all season long, and check out our Experts for guaranteed premium & free MLB Baseball picks!