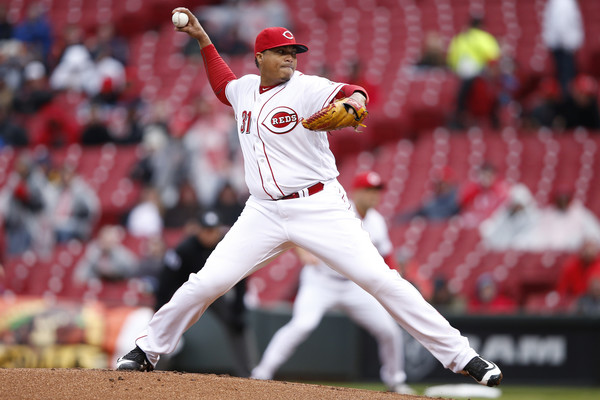 The Cardinals have won 6 of their last 9 and are playing pretty good ball themselves.

The Cards are 3 games above .500 and have been hitting a hot bat all season.

They have scored 48 runs in their last 9 games, which is right in line with their season average.

They are deep top to bottom and hit the long ball too.

They’ve hit 76 homers and are 4th in the league.

They are only 3 games above .500 because of their runs allowed where they rank 17th in the majors giving up 4.4 per game.

However, Garcia has been one of the teams better starters.

He’s had many quality starts this season and in his last 6 starts, gave up 5 just once over 2.1 innings. While in 4 of those starts he gave up just 2 or 0.

The Reds have scored decently throughout the season, they average 4.4 runs per game which is 11th best in the MLB.

They continue to produce offensively and is capable of exploding any given game.

With the likes of Votto and Bruce, they can hit the long ball pretty often too. They have 70 home runs this season which is 12th in the Majors.

The real issue on this team, similar to the Cards, is that they give up just way too many runs.

Unlike the Cards, however, they give up the most runs in the league at 6 per game.

So maybe he is starting to find his groove a bit.

Both teams can score a bunch and both teams give up a bunch of runs, so really it’s who can score more on this given night and get a good outing from their pitcher.

Odds are, Cards get to Simon more frequently than the Reds get to Garcia.

The line might be really high in this one but lets hope not because the over looks juicy.

If you’re looking for more picks like this St. Louis Cardinals vs. Cincinnati Reds matchup we’ll be providing 4* free MLB plays on the blog all season long, and check out our Experts for guaranteed premium & free MLB Baseball picks!