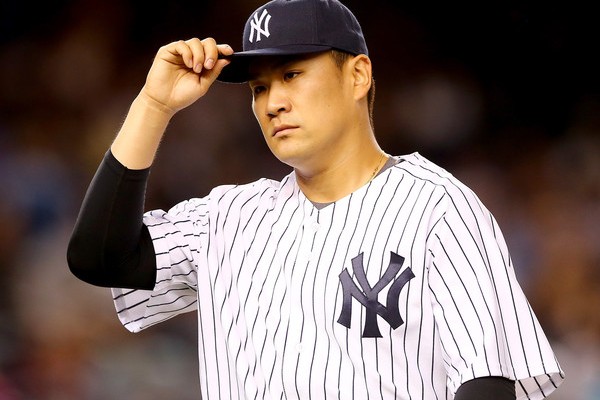 The Woeful Twins take on the average Yankees in this battle in the Bronx.

The Twins have been a bit better as of late but playoff hopes are all but lost at this point in the season.

The Yankees are still battling as they hover around .500 but need a big turnaround for the 2nd half of the season if they expect to make it to the post season.

The Twins have won 3 straight after losing 5 straight. The lost to the Yankees in a 4 game series just last week 3-1 but took the last game of the set.

Their last 2 wins were against Philly so this is not something to get too excited about.

They have scored 33 runs in their past 4 games though and that is very impressive.

They have shown some streakiness when it comes to scoring this season so they are definitely capable of putting up big runs any given game but their season average is still just 4.1.

What’s been their biggest issue is runs against. They are the 2nd worst in the league in this regard, giving up a whopping 5.6 runs per game.

You aren’t going to win many games with that kind of runs against, hence their horrendous record.

Milone has pitched just 23.1 innings this season and has been equally as unproductive with a 5.79 era.

In his 5 starts, he’s made it to the 6th just once and typically gives up a run per inning in most starts. His best start was giving up 2 in 4.2 innings and 7 hits.

The Yankees have won 4 of their last 6 games but they’ve been up and down all season.

They have managed to score 36 runs over these last 6 games which is an excellent sign for them because their main issue has been run production.

This not to say their pitching has been good but there are expectations around this batting line up that weren’t being met to start the season, so this is one bright side for them.

Tanaka has been rock solid for the Yankees and is just 4-2 and it is precisely the offense for his record that should have more wins tied to it.

In his last 6 outings, he’s had a shutout over 7 innings, gave up 1 twice and gave up 2 twice. He had one bad outing where he gave up 5 to the Tigers, who are 7th best in the league in run production.

Against these woeful twins, we’d expect another great outing from Tanaka, especilly since just last week he gave up only 1 over 8 innings against them.

Although the Twins have been somewhat hot as of late, it’s been mainly against the Phillies, which we shouldn’t put too much weight on.

The offense is fairly evenly matched in this one but it’s the pitching that heavily favors the Yanks.

Both teams have been scoring a lot but the twins got just 1 on Tanaka at home last week and ended the game with just 2 runs.

The Yankees in that game ended up with 8 against Pat Dean, who coming into that game was one of Twins better pitchers.

If you’re looking for more picks like this Minnesota Twins vs. NY Yankees matchup we’ll be providing 4* free MLB plays on the blog all season long, and check out our Experts for guaranteed premium & free MLB Baseball picks!