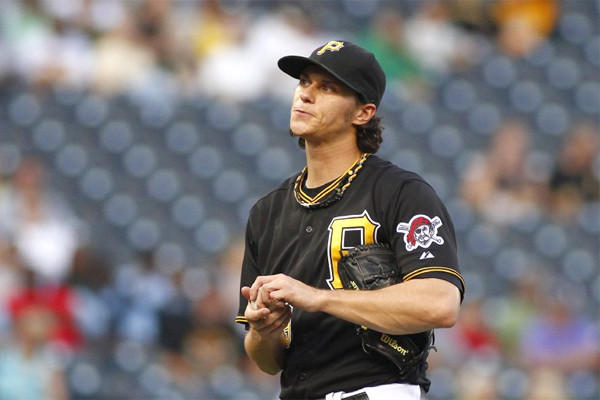 The Angels come into Pittsburgh really still trying to find themselves. They have won 2 of their last 3 games but just can’t seem to string together a good winning streak.

Pittsburgh fallen into a slump, losing 5 of their last 6 games and are looking to turn things back around again.
Locke goes for the Pirates with a 4-3 record and 4.33 era.

The Angels have been on a rollercoaster ride this season, as of late, they score a bunch of runs or not very many at all.

They were shutout in their last game 3-0 but in their 2 wins prior to that, they scored 11 and 5 runs respectively.

The game before that they scored 6 but still lost.

So when you look at their last 4 games, they’ve scored 22 runs but that includes one game of being shut out.

So there is no doubt that this team can put up a lot of runs any given game, it’s just been very inconsistent.

The team is battling a whole bunch of injuries and Pennington just went down who has been playing well, but that hasn’t stopped them from putting up big runs overall.

The main reason for their poor record has been their opponents run production. Opponents score 4.5 runs per game against the Angels, which is 18th in the MLB.

So despite their ability to put up big time runs, when they don’t the typically lose because they consistently give up a bunch.

Tropeano has been pretty good for the Angels this season but he gave up 4 against the Astros in his last start over 5 innings.

The Pirates have been phenomenal this season at scoring runs, and they are 6th in the majors with 5 runs per game but this doesn’t seem to be the case in their current struggles.

They’ve scored just 6 runs in their last 3 games and have dropped all 3 of those games.

This is somewhat surprising considering they’ve been so consistent during the first third of the season and hit for such a high average.

They are 2nd in the MLB in terms of batting average at .277 and just keep coming at you with hit after hit and patient at bats.

Hitting well is how they’ve mainly been winning games and when that isn’t going, they aren’t going to win very many because opponents have been able to score on them pretty easily too.

They’ve allowed 4.4 runs per game this season which is 17th in the majors.

Locke has an era of 4.33 and typically gives up 3 or more runs over 6 innings.

He did, however, pitch a shutout complete game against the Marlins in his most recent start but the Marlins don’t hit nearly as much as the Angels.

The Angels are able to score a lot of runs at once and might do so against Locke but you never really know with the Angels, especially now with Pennington added onto the DL as well.

The Pirates still are atop the majors in runs per game so I would expect them to start scoring consistently again, since the Angels typically give up 4.5 runs per game.

I think the Pirates start winning again and take this game. Interleague play favors them since they are home.

The score has the potential to explode in this game.

The Angels are depleted with injuries but are facing a pitcher that has a tendency to give up 3 or 4 runs and the Angels are definitely capable of doing that as well.

The Pirates face a tough pitcher but they are just too good at hitting to continue to struggle. I think they get through and score their season average of 5.

If you’re looking for more picks like this LA Angels vs. Pittsburgh Pirates matchup we’ll be providing 4* free MLB plays on the blog all season long, and check out our Experts for guaranteed premium & free MLB Baseball picks!