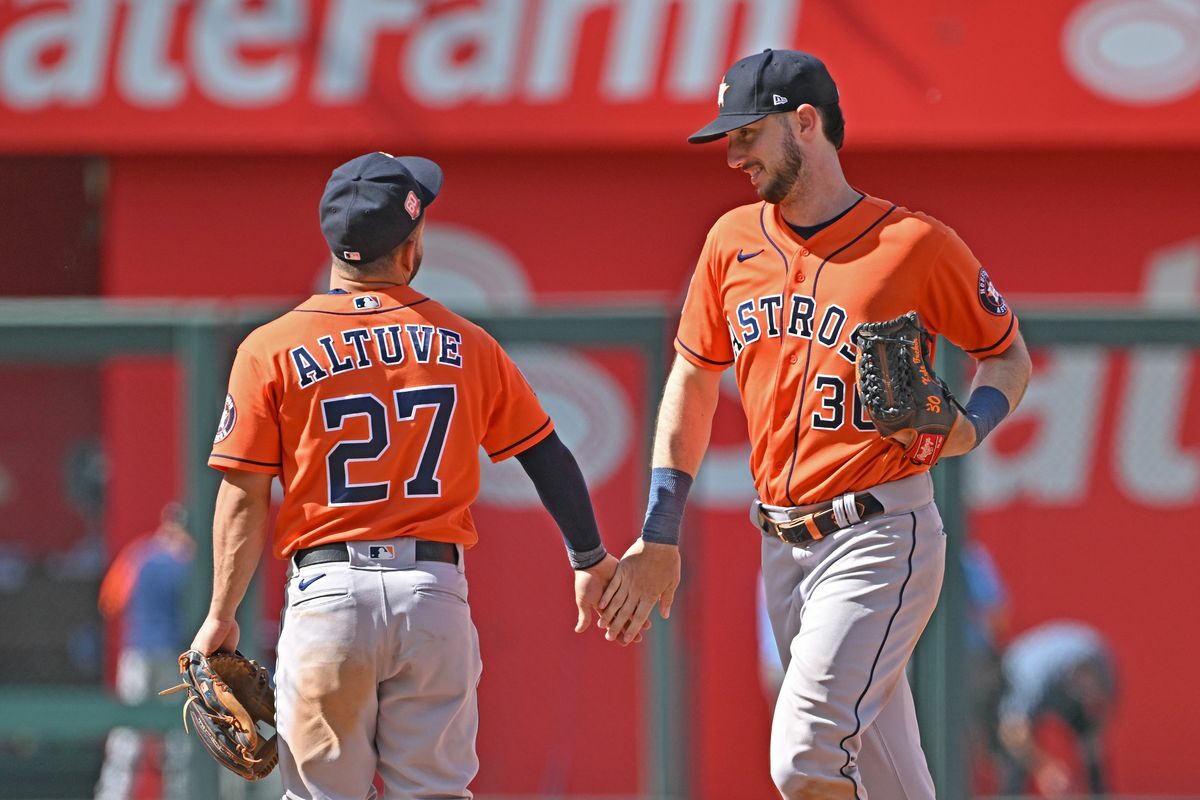 The Royals will be traveling for an American League a series with the Astros starting on Monday afternoon.

Yordan Alvarez homered with two outs in the ninth inning, and Houston beat the Royals 7-6 on Monday for its seventh straight victory.

As more and more of the season goes on, the Royals continue to be one of the worst teams in all of baseball.

So far, there have not been a lot of positive things surrounding this team in 2022. There are certain times when a team just does not do anything well and that has been the case for this group all year long.

It was understood that Kansas City was not going to be some great team this year, but the expectations were certainly higher than what they have done so far. Even with a team that is not overly talented, it is reasonable for them to be better than 19 games below .500.

The reality of the Royals at the present time is they have a lot of work to do when it comes to improving their roster. I am not saying they do not have nice players scattered around, but it sure as hell is not enough to make them very competitive. Unless they seriously change some of the guys on this team, there will not be a ton of success that just comes their way.

Although they did not face the best team over the weekend, they were able to take two of three from the Tigers, which still was a bit surprising. The thought of this team winning a series against anyone has not seemed all that possible for the majority of this season.

In the three games with Detroit, the pitching was solid and the offense also did its job. In the finale on Sunday, Brady Singer looked very good, as he went 4.2 innings, allowed 2 earned runs, and punched out 9 batters in the 7-4 victory.

Starting on Monday, Kansas City will be facing one of its biggest challenges of the season when they hit the road to face this Astros team. If they are not careful, a lot of their weaknesses could be exposed in this series.

For as bad as the Royals have been, the Astros have been the exact opposite and frankly, they are one of the best teams in baseball at the moment.

In terms of the American League, the Yankees are still the cream of the crop, but this Astros team is not far behind and they deserve as much credit and praise as they can get.

Throughout the course of the season, they have been able to follow a simple formula, really. They win a lot of their series, they really beat up on the teams they should beat, and they also play well against teams that are either equal to them or a little better. When a team does that, it is not surprising they have an impressive record.

Something else that is important to point out about this group is the fact they have been able to take care of a weaker division. I am not suggesting that all of the teams are horrible, but they have proven to be very beatable once again in the 2022 season.

There was some chatter before the season and even during the early part of the season about how teams like the Angels, Mariners, and Rangers could potentially give the Stros some real trouble in the division, but that just has not been the case. Sure, it is not as if those clubs could not beat Houston on a given day, but the thought of them being true competition in the West is still absurd.

Coming into this 4th of July contest, this squad holds a record of 51-27 and they are in clear control of the AL West. Unless there is some sort of epic collapse and another team in the division gets red hot, the division for them is a lock.

The previously mentioned LA Angels were not able to have a ton of success at Minute Maid Park over the weekend, as they dropped all 3 games. In those games, the Astros outscored them by a 21-4 margin.

It would be a nice story for Greinke to return to Houston and throw a gem, with a lot of plus money available on the Royals; although that could happen, it’s better not go against the Astros right now.

Houston has a complete team, far superior to the Royals, especially with their defense and bullpen, giving Houston a distinct advantage after the first five innings.

Give me the Astros again.

If you’re looking for more MLB picks like Kansas City Royals vs. Houston Astros matchup, we’ll be providing 4* free MLB plays on the blog all season long, and check out our Experts for guaranteed premium & free MLB Baseball picks!