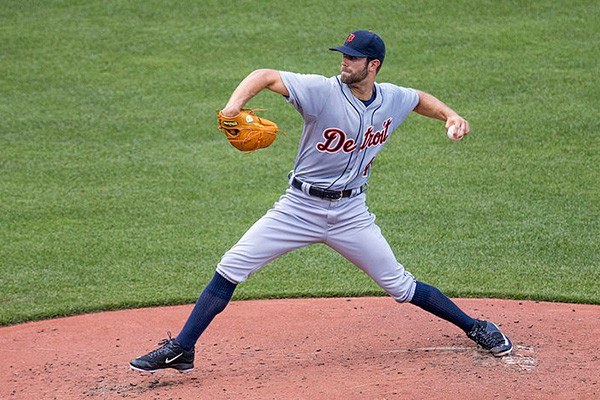 The Royals take on the Tigers in Detroit at Comerica Park on Monday night.

The Royals have won six of their last eight games and are looking good at the moment winning three series in a row.

The Tigers were really struggling by losing five in a row but have bounced back and won their last two games against the Rangers.

The Royals haven’t scored much this season, averaging just 3.8 runs per game.

They’ve hit just 97 home runs as a team which is fourth worst.

The reigning World Series champs have found a bit more scoring over their last three games, they’ve generated 21 runs during that span.

They aren’t winning much this season but when they do it’s usually because of their pitching rather than their offense.

They allow just 4.4 runs per game as a team and Ian Kennedy is better than that with his 3.91 ERA.

The Tigers score plenty and on the season they score the seventh most runs in the league at 4.7 runs per game.

Their offense is a dominant one but the reason for the recent slide is because they aren’t producing like they can.

They scored seven runs on Sunday, so this may be a sign of positive things to come.

They’ve bounced back with two shutout wins so the pitching is still doing their job even during this drought.

He gave up just one run over five innings of work. He did give up seven hits and two walks though, so that WHIP is nearly two for that game.

Offensively the edge goes to the Tigers despite the injuries they are currently nursing from Iglesias and Castellanos but this has without a doubt hurt their production.

The pitching matchup goes to the Royals because Kennedy has been phenomenal lately but Norris is also coming off an excellent start for his first start with the Tigers.

I think the Royals come out on top here because they are playing great all around ball right now.

Both teams aren’t scoring a lot consistently enough yet to think they are going to run up the scoreboard in this one.

Odds are this one stays low scoring because Kennedy is lights out right now and Norris is coming off of a strong start.

If you’re looking for more picks like this Kansas City Royals vs. Detroit Tigers matchup we’ll be providing 4* free MLB plays on the blog all season long, and check out our Experts for guaranteed premium & free MLB Baseball picks!