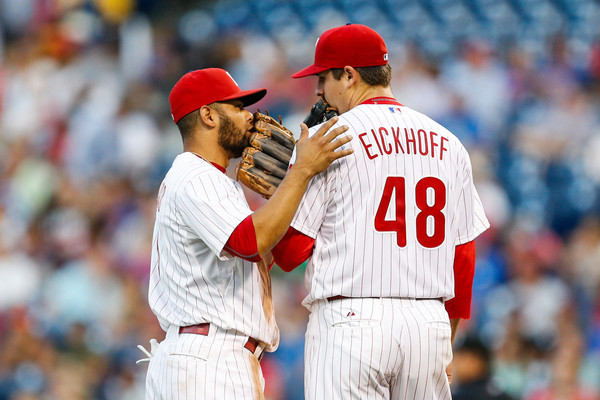 The Phillies host the Rockies on Saturday night at Citizens Bank Park.

The Rockies continue to lose despite finding the scoreboard quite frequently. They’ve scored 43 runs over their last six games but have won just two of those games.

They score the second most runs in the league and are one of the best offenses without a doubt, whether they are home or not.

It’s been their pitching that has kept them from the win column.

Anderson has been really good though and is one of the best on the Rockies.

In his last three starts, he’s given up just four runs over 20 innings pitched.

He has given up four just once since June and all other starts were three runs or less since June 19th.

The Phillies have been scoring quite a bit as of late, over their last 11 games they’ve generated 61 runs, that is nearly six runs per game.

They average just 3.7 runs per game on the season so this run production is quite a surprise but 11 games is quite a long stretch to produce at that clip.

Jerad Eickhoff is a pretty good pitcher but gave up five over six innings in his last outing.

His two outings prior that he was great. He gave up just one run over those two starts in 12 innings pitched.

He has a tendency to have the odd bad game but in general can be relied upon.

The Rockies are really struggling despite scoring at a high clip. The Phillies are scoring a lot right now too so offensively the slight edge goes to the Rockies but you can’t rule the Phillies out.

The Pitching matchup is a pretty good one in this game too but Anderson has been completely reliable this season so he is the favorite in this pitching matchup.

There are two pretty good pitchers on the mound so I’m going to say this ends up under because the line is likely to be overstated with the offense but wait for the line to take the play.

If you’re looking for more picks like this Colorado Rockies vs. Philadelphia Phillies matchup we’ll be providing 4* free MLB plays on the blog all season long, and check out our Experts for guaranteed premium & free MLB Baseball picks!