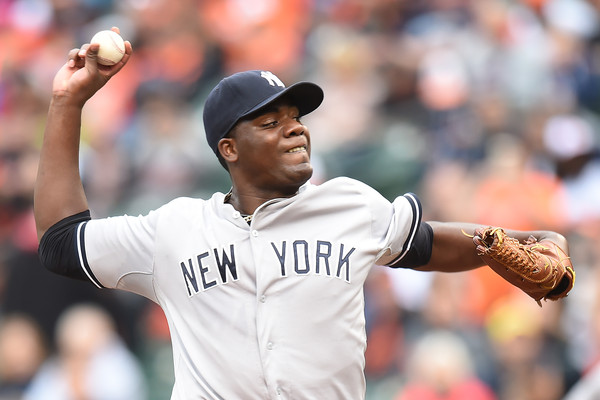 The Indians have been struggling recently but have still put up a bunch of runs. They’ve scored 35 runs over their last six games for an average of just under six runs per game.

They’ve basically been playing .500 ball for the last little while but are still one of the best, if not the best teams in the AL.

They score the fifth most runs, hit for the ninth best team batting average, and hit the tenth most home runs. They also have the eighth best OPS.

Josh Tomlin has been phenomenal this season and in his last three outings he’s given up just seven runs over 20.2 innings.

He’s been a rock for the ball club and should have another good outing against the Yankees who typically don’t score many runs.

The Yankees continue to be a .500 ball club, but they have lost five of their last seven games.

They did take the first two of three against the Mets but the Mets have been struggling themselves and don’t score much.

The Yankees haven’t scored much themselves but have managed to put up 16 runs over their last three games against a tough Mets rotation.

Michael Pineda has been unreliable and inconsistent this season. You never really knew which pitcher you are going to get on any given start.

In his last start he gave up five over six innings but in his two starts before that he’s given up just one run over 13 innings pitched.

His two starts prior to his last three starts as mentioned above he gave up 10 runs over 11 innings pitched.

So as you can see, Pineda is a good pitcher but is either great or terrible.

Even though the Indians are struggling, they are still scoring a lot and definitely own this game offensively.

The Indians recent struggles have been due to pitching but with Tomlin on the mound, there isn’t much to worry about, it just depends on if Pineda is great in this one or not. Tomlin takes the pitching matchup though.

These teams are trending on the over but the two pitchers on the mound have the potential to shut the offense down.

With this in mind, the line will likely be around 8.0, so I would buy the point and go with over 7 and maybe even take over 7.5.

If you’re looking for more picks like this Cleveland Indians vs. NY Yankees matchup we’ll be providing 4* free MLB plays on the blog all season long, and check out our Experts for guaranteed premium & free MLB Baseball picks!