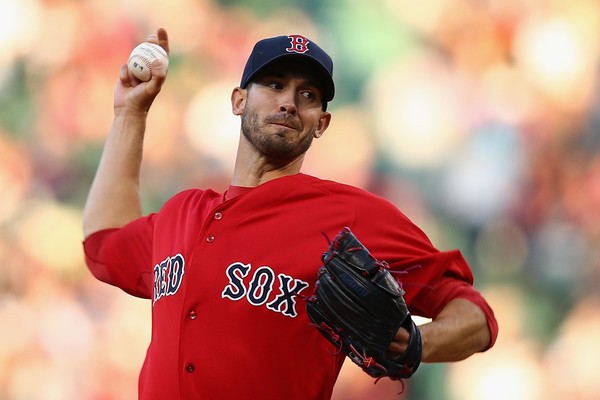 The White Sox take on the Red Sox in this afternoon battle.

The White Sox have won 2 straight going into Wednesday, taking the first 2 of 4 in Boston after being swept 3 games in Cleveland.

The Red Sox have now lost 4 of their last 6 games going into Wednesday and might be looking to avoid being swept at home.

The White Sox have looked excellent in the first two games in Boston, which is never an easy place to win for the visiting team.

In the first two games of this series, they’ve given up just 2 runs. This quite a feat against the leagues number 1 offense.

They’ve scored just 6 themselves so it’s really been the pitching and defense that has pulled out 2 victories so far.

The White Sox all season have not scored much, with just 4 runs per game, which is 8th worst in the league.

James Shields takes the mound in this one and is just 2-9 with a horrible 6.28 era.

Since being traded to the White Sox he’s been absolutely lit up. He’s given up 22 runs in 3 starts over just 8.2 innings.

In his last start with San Diego prior to the trade, he gave up 10 in 2.2 innings.

He’s really been looking to turn things back around in Chicago but has been the complete opposite. It won’t get any easier against the Red Sox.

The Red Sox still lead the league in runs per game but have been dipping rather quickly.

In their last 8 games they’ve scored just 23 runs. That’s not even 3 runs per game.

They’ve also lost 6 of their last 9 games, which is because of this dip in offense. I’d expect things to turn around for them against Shields and put up a bunch of runs in this one.

Porcello has been decent this season with a record of 8-2, 3.76 era and 1.09 whip. He’s definitely had the run support which has given him such a good record.

In his last outing he gave up just 2 over 6 innings against the high powered Mariners. However, he typically gives up between 3-5 runs per start consistently.

The Red Sox are just too good to continue struggling putting up runs, especially the way Shield has been playing as of late.

The White Sox generally don’t score much, so they are likely to be outscored by Boston.

Porcello usually gives up at least 3, so it should be no difference this game. Plus the bullpen will give up at least 1.

Boston should score plenty on Shields.

You should be looking to take the over.

If you’re looking for more picks like this Chicago White Sox vs. Boston Red Sox matchup we’ll be providing 4* free MLB plays on the blog all season long, and check out our Experts for guaranteed premium & free MLB Baseball picks!