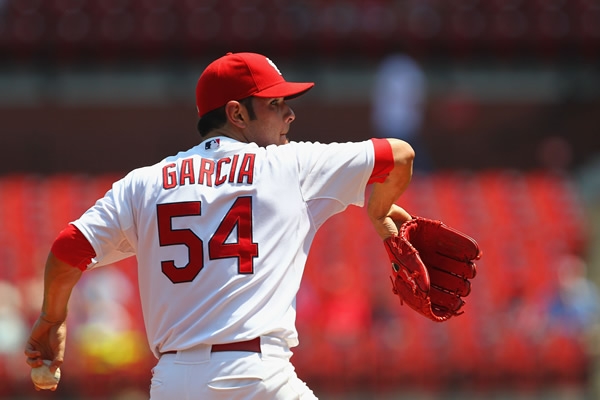 The Cubs and Cardinals play game two of their seasons on Tuesday evening at Busch Stadium.

The Cubs are now 40 games over .500 and have won two of their last three games after losing two in a row.

The Cardinals have also won two of their last three games after losing two straight themselves.

The Cubs have had an absolutely incredible season and have the best record in baseball.

They can score runs and have the best runs against in the league.

They average five runs per game this season and just scored nine runs against the Astros on 9/11.

However, in their three games prior, they generate just four runs.

Jason Hammel will likely require a good offensive game from his teammates because he has shown some inconsistency over his last four starts.

He’s had two great starts but has had two horrendous starts. His most recent start against the Brewers, he gave up nine runs and 13 hits over 5.2 innings.

He gave up 10 runs over 3.1 innings just a few weeks ago against the Rockies, however, that one was in Colorado which is known for high run outputs but it’s the most recent start that may come as a surprise.

The Cardinals continue to battle for that final playoff spot and are now half a game back of the final wild card spot.

They have shown some inconsistency by what seemingly is winning a couple then losing a couple.

They scored just one run their last game where they fell 2-1 to the Brewers but scored 14 runs in their prior three games.

This team can definitely score, as they average 4.9 runs per game.

Jaime Garcia is coming off a bad start against the Brewers, where he gave up five runs over 3.2 innings of work.

He’s actually given up five or six runs in four of this last five starts, so look for the Cubs to punish him with big time offense.

Both teams can score, there is no doubt about that but there has been a recent slide in overall production for both teams over their last few games. The Cubs did just score nine though.

The pitching matchup certainly favors the Cubs, despite Hammel showing some inconsistency.

Recent injuries to Maness and Holiday are certainly to hurt their bullpen and offensive production.

I think the Cubs put up seven runs, while the Cardinals should get at least two to cover the over/under.

The final score is likely to be a blowout in favor of the Cubs.

If you’re looking for more picks like this Chicago Cubs vs. St. Louis Cardinals matchup we’ll be providing 4* free MLB plays on the blog all season long, and check out our Experts for guaranteed premium & free MLB Baseball picks!